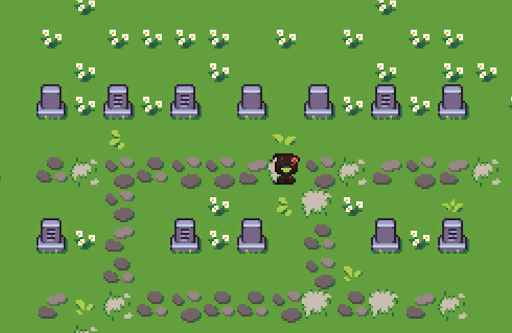 What first caught my attention about Clover is its brief description: ” a gloomy plant-based RPG.” I’ve never played anything that could even remote be referred to as a plant-based RPG before, let alone a gloomy one. Clover is a top-down RPG, which is one of my favourite classic game genres. The game is set in Trefoil. It is a kingdom of plants, but since the prince went missing the plants are having difficulty growing. 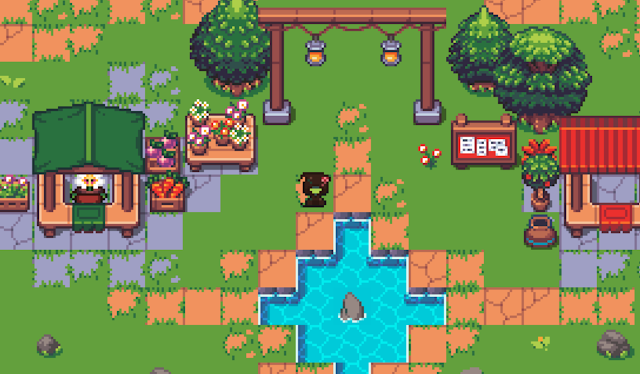 Players will learn more about the kingdom and its history as they progress. There are about ten residents in the overgrown kingdom that can be befriended. In addition to the RPG elements, there are puzzle-based mini games. In addition to plants, Trefoil is filled with hidden clues and easter eggs. Both the character design and the soundtrack are original.

This game is like Coffee Talk plus booze, and that sounds pretty darned good! The Tipsy Pixie (playable on Android, which I love) starts off quite normally, with a morning cup of coffee. That is, until Dreenie the coffee-dragon-genie appears. Dreenie brings the player to a fantasy world filled with thirsty patrons. There are several creatures to meet, including a satyr with love problems and a hydra with a whirlwind of a roommate.


The gameplay involves taking drink orders and mixing them by combining five ingredients. The tastier the drinks are, the more the customers will want to chat. The Tipsy Pixie takes place over six days, although there is also DLC available that adds two holiday-themed days. There’s also Happy Hour mode, an arcade mode where the goal is to serve as many customers as possible before time runs out; each good drink adds time to the clock.

Manchester Metropolitan University recently held a game jam with the theme of traitors. An thus, Imposter Syndrome was born. I think we can nearly all identify with the title, as imposter syndrome is so common. In this game, though, there really is an imposter. Hugh is looking for love, and in his search has run through every club in their university… except for Computer Club. And the club conveniently holds speed dating events. 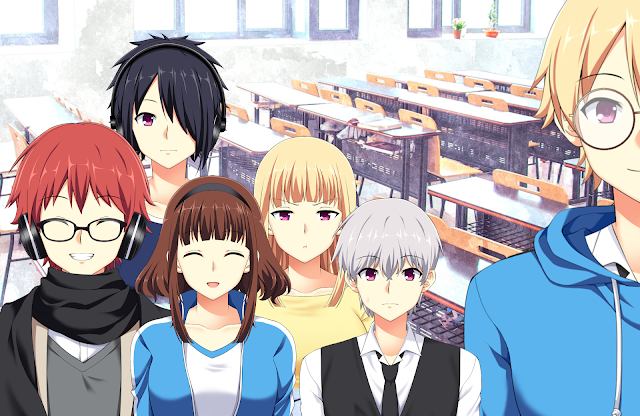 So Hugh joins the dating club, and goes to the soonest speed dating event. The entire game takes place at this event, and involves answering the questions your date asks. Due to the club, most questions are about computing. There are two endings, a “good” and a “bad.” To get the good ending, answer the computing questions correctly and impress the date. To get the bad ending, pretend to be (or in my case, honestly be) clueless about the subject.

Scythe Story caught my eye because the bright colours against the dark background really stand out, and the more I learned about it, the more I was drawn to it. I mean, the enemies are bears and mushrooms. Bears and mushrooms. Let that sink in. It’s delightfully random. Scythe Story is a 2D roguelike game that follows Circe as she fights off monsters, upgrades her abilities, and cleans up all the evil around. 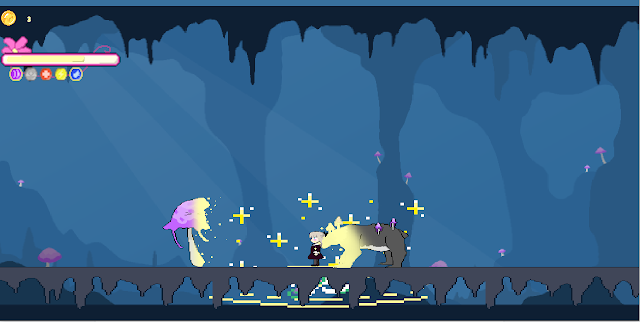 In this world, mushrooms with dark magic have invaded the kingdom, which is now in total chaos. It’s a good thing Circe has some helpful abilities. She can use her Scythe to damage enemies with each hit, to summon a fireball, or to launch a stunning sphere (literally: it stuns the enemies). If she chants, Circe and Scythe release a circle of runs that purifies nearby enemies. Mushrooms are easy enough to kill on their own, but when they take over bears the real problems begin when the bears become tough and erratic.