The next huge FFXIV update has been delayed

Final Fantasy XIV: Endwalker is an upcoming expansion to the unbelievably popular online game; it has unfortunately been delayed from a November launch date to one in December. Endwalker will add a new city to the game, as well as five new areas, new main scenario quests, new role quests, studium deliveries, new dungeons, new trials, a new raid dungeon, and a new treasure dungeon.


Interestingly enough, the game’s producer/director takes the entirety of the blame for the delay. Naoki Yoshida address the delay, stating, “as we neared the end of development and I played through everything—from quests to battle content and the like—I just couldn’t contain my desire to further improve Endwalker‘s quality, specifically because this expansion pack marks the first major culmination of events in Final Fantasy XIV so far. Even as we look beyond Endwalker, the Final Fantasy XIV story will continue for a long time and we hope to deliver many more enjoyable experiences in the game. However, it was precisely because Endwalker concludes the first major saga that I felt our team needed to push ourselves to the ‘limits’ that I envisioned.”

Developed and published by Square Enix, Final Fantasy XIV is already available on PC/Mac, PlayStation 5, and PlayStation 4. Endwalker was supposed to be released on November 23, but will now launch on December 7 (early access December 3). Following Endwalker there will be two patches in quick succession: 6.01 will be released on December 21, and Patch 6.05 will be released on January 4. Players can begin the game for free, so it’s always a good time to start it it’s something you’re considering! The Online Starter Edition brings players through A Realm Reborn and the first expansion, Heavensward. The Online Complete Edition includes Heavensward and the two other current expansions, Stormblood and Shadowbringers.

Players can’t get enough of Final Fantasy VII. Even before the remake, it was easily one of the most well-liked games in the series. Then the first part of the remake launched, and it got even bigger. Now, the game comes to mobile devices… kind of. It’s really more of a battle royale title than anything else, a genre/term I’m getting really tired of because it’s far too overdone. Still, I’m considering giving The First Soldier a shot. Here’s the opening movie in English:


The game fuses action, RPG, and shooter genres with battle royale elements. Players will battle with fully customisable characters in matches of up to 75 players, fighting to join Shinra’s elite SOLDIER unit. It begins with choosing a combat style; examples include, Warrior, Ninja, and Sorceror. Then destroy all your enemies. That’s it. Easy, right? Players can fight using a combination of melee, magic, and firearms, all while levelling up and upgrading their arsenal during battle. There will be iconic locations featured, such as Seventh Heaven, Corneo’s mansion, and the train graveyard.

Developed and published by Square Enix, Final Fantasy VII: The First Soldier will be released on November 17 for iOS (App Store) and Android (Google Play).

It was a big week for Devolver

Thursday was a big day for Devolver Digital. First, it announced it has become a publicly traded company. Second, it announced three new acquisitions. Devolver Digital is a company I’ve had my eye on for awhile, and I’m not alone: its E3 presentations are infamous, and its quirky variety of titles means there’s something for just about everyone. Until now it’s been in the publishing branch of video games, but interestingly enough, its acquisitions are all developers. 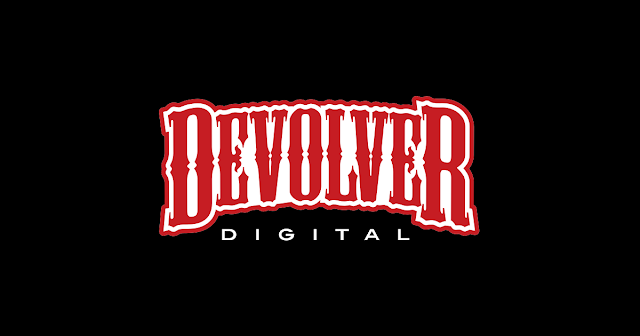 Several companies jumped at the chance to own shares in Devolver Digital. NetEase owns just under 8% of shares, Sony Interactive Entertainment Europe owns just over 5%, and Slater investments with around 4.5%. The directors also own shares: Harry A. Miller IV owns over 22% of shares, Jo Goodson owns 0.02% (tiny), and Kate Marsh owns 0.01% (even tinier).

Devolver Digital acquired three developers: Dodge Roll, Nerial, and Firefly Studios. Dodge Roll is known for the Gungeon series of games. Nerial is perhaps best known for the Reigns series. And Firefly Studio is behind the Stronghold series. The team at Devolver explain the decision: “Those developers and our team looked ahead and saw that we’d be working together forever so we lovingly acquired them, mostly so they would hang out with us more. The games and experiences that these four studios have planned are incredible and each maintain their full creative autonomy afforded to them throughout our relationship.”

A remaster of the 2012 3DS title, Rune Factory 4 Special is set to move forward from its current exclusive home on the Nintendo Switch. The sixth title in the RPG series, the game brings familiar gameplay elements such as farming, marriage, and exploring dungeons. Crafting is also essential to the core of the game. Another familiar element? Cameos by some familiar faces from past titles. Here’s the launch date announcement for Rune Factory 4 Special on PC, PlayStation 4, and Xbox One:


A young adult falls from an airship and lands in Selphia. He is somehow accidentally appointed as the local regent, and must now protect the down and better the lives of its people. As price/princess, players will have to decide between issuing orders or raising crops and helping the townspeople. There are dungeons to plunder, too. Of all the people in town, 12 are available to woo and marry. New content includes Newlywed Mode (self-contained adventures that unlock after marrying someone) and a Hell difficulty level.

Developed by Marvelous and published by XSEED Games and Marvelous Europe, Rune Factory 4 Special will be released on December 7 for PC, PlayStation 4, and Xbox One. The remaster originally launched about two years ago for the Nintendo Switch.