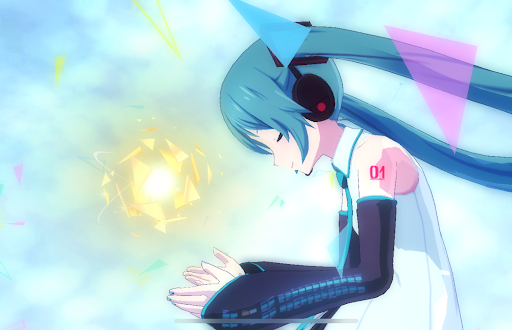 “Miku is so amazing,” goes one early line in the story that comes with Hatsune Miku: Colorful Stage! on mobile. She sure is, people. She sure is. Anyhow, SEGA and developer, Colorful Palette, just released Colorful Stage! for a global public beta. It will only run from October 4 3:00PM PDT through October 19 3:00PM PDT, but I’m going to spend as much time playing this thing as I can, because I am already very much in love with it.

Make no bones about it, Colorful Stage! is going to be dangerous to me, in a way that I’ve managed to avoid with mobile games to date. Gatcha doesn’t really work on me, usually, and even when it has been a mobile title I’ve enjoyed, like Fire Emblem Heroes, the knowledge that I won’t be playing it forever has given me enough resistance to spending money on these things. The only time I have ever spent money specifically on gatcha pulls was a limited run event that included Lyn, from Fire Emblem Heroes, wearing a wedding dress costume. I was very prepared to spend money on that, but thankfully I got lucky, and that one only cost me a couple of dollars. Anyway, I digress. The point is that since I’m almost certainly going to be playing Colorful Stage! for as long as it’s available, and when the gatcha prizes are Miku, I’m going to make damn sure I don’t miss anything. This could get expensive.

All I needed was for the underlying game to be good, and Colorful Stage! is very, very good. It takes the same basic idea and structure as the incredibly popular Love Live! School idol festival, but replaces Honoka & the gang with Miku, her vocaloid mates, and various other lesser-known characters beyond the Crypton vocaloids. You form a music group with your favourite characters and play a standard rhythm game to try and get the most points possible. Then the characters in the band you formed level up, making it easier to get higher scores, and you play the tracks again. At first, you’ll play a perfect game, making no mistakes whatsoever, and still only wind up with a “C” ranking, but as you level up the higher tier scores become accessible with good play.

At first – back when I was playing Love Live, which worked the same way – this structure annoyed me. My brain assumes that if you play a rhythm game perfectly, you should get the absolute maximum score. The fact that I wasn’t was throwing me into a bit of a disconnect spin and putting up barriers that made it harder for me to enjoy what I was doing. And I do still believe that, on a systemic level, a perfect play should result in a perfect score, but I’ve also made my peace that with mobile rhythm games that won’t happen. There’s an arbitrary grind that has been inserted into them, and that’s not going to change. Ultimately, I think my brain has decided that rhythm games are already designed to be repetitive and tracks replayed over and over again anyway, so it’s not as big of a deal as it would be in games that were designed in a more linear fashion. What also helps make the grind in Colorful Stage! more palatable is the five difficulty settings, and as they escalate in challenge significantly, I am going to play each track many times over anyway.

The actual rhythm action is spot-on. The lowest difficulty setting makes it hard to get a feel for the game, but on the higher difficulty settings, you will be tapping, holding, and swiping along in concert with the music. The note patterns feel good, and there’s good variance between the 28 songs that are available at the start of the beta (with 13 more to be rolled out before the end, apparently). There are all-new video routines that play in the background for most of the tracks, and since they feature Miku, they’re as distracting as ever (I really am so much worse at Miku than other rhythm games). Beyond the rhythm game action, there are dozens of different costumes to unlock for the characters (no swimsuits yet, but I presume they’ve got to hold some stuff back for seasonal gatcha campaigns), and there’s even a story mode, which I haven’t really touched, but so far it seems to be more focused more on the secondary characters and how they’re inspired by Hatsune Miku than Miku herself. I am jealous of these characters. Imagine being able to meet Hatsune Miku.

Really, my only concern from my first few hours of play is just how much the monetisation elements are going to really get me. I have no idea how well the game will be balanced at this stage – either through the beta or into full release – but Miku has the potential to be a money-spinner for SEGA like no other, and SEGA has historically been very, very good at monetising Miku. The number of areas in which this game can pull money in is staggering, too – additional music tracks? New costumes (0.1 per cent drop chance for the swimsuits, you watch)? Additional characters? Energy countdowns (limiting how often you can play that favourite track in one sitting)? A rhythm game is very carvable, and I genuinely worry about how much it will cost me.

I would also prefer to see it on console, for the simple reason that I like my rhythm games on console. There is plenty of precedent for mobile Miku games to end up on console – the Picross clone that was released earlier in the year is excellent on both mobile and then its console port – but I guess we’ll just need to see how this game performs in beta and the kind of response that it gets with its full release.

However it shakes out down the track (and I will let you know, don’t you worry), on first impressions I love Colorful Stage!. Yes, it has been built as a mobile title, with all the disclaimers and warnings that come with that, but the fundamental rhythm game action is excellent, the music is pure vocaloid gold, and – I can’t stress this enough – it’s a new Hatsune Miku rhythm game. The goddess has returned to save our souls.