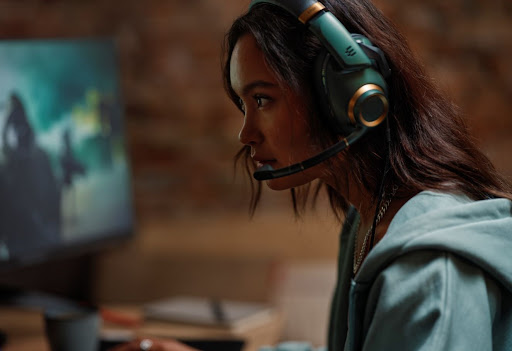 EPOS sure do like to keep me busy. Not a few weeks after the excellent and versatile H3 Hybrid, the company has now released the H6PRO – a wired headset priced at $Aus259. At that price I would imagine that some have an issue with the wired-only connectivity, but if you can look past that, the sound quality is exceptional, it’s comfortable, and because there are two different versions of the headset, players get to choose a device that is better suited to their specific needs.

The two versions of the headset are open and closed acoustic. With the closed acoustic version, you’ll be able to block out noise distractions and immerse yourself within whatever experience you’re hooked up for. They’re noise cancelling, in other words. That makes it great for out-and-about play since not only does it block out outside noise, but it locks your own noise in too, so you’re not going to broadcast to the train carriage what you’re playing or tuned into.

Meanwhile, the open acoustic version provides you with clearer audio if you’re in an otherwise empty space, as the audio waves are freer and allowed to create an ambient environment around the headset itself. The downside to this option is that you’ll want to keep this one for home use, as the noise leak is significant, and I promise you, if you play Hatsune Miku games on the train, and people can hear what you’re doing, you’re going to get looks. You’ll also end up hearing whatever bad music they’re playing over their phone speakers, as this one allows a lot of outside noise in. 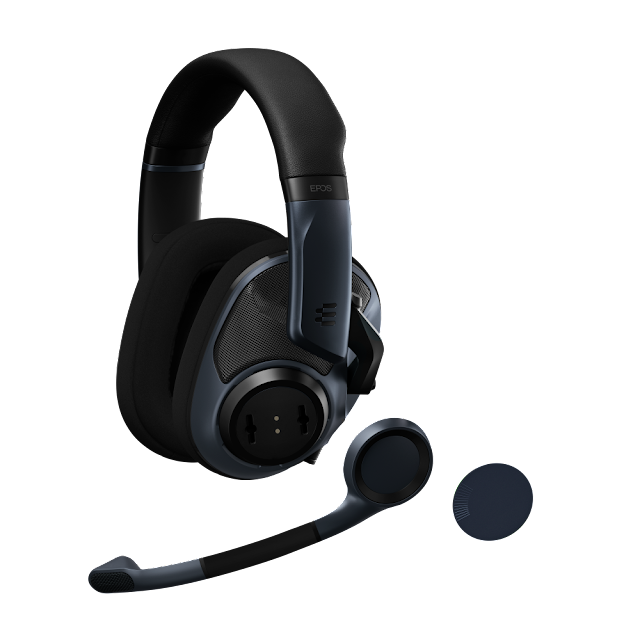 For this reason, I think I prefer the closed acoustic model of this particular headset. The reason is simple; because the microphone pops off easily, and the headset is otherwise quite stylish, it’s one you’ll want to drop into your bag for gaming on the go. The 3.5mm jack input is convenient for Nintendo Switch input, and any mobile device that supports that connection type (and you can get adaptors easily enough for pretty much anything that doesn’t). Whether you’re watching a film, zoning out to some music or playing a game, the noise-cancelling effect is solid, and with big memory foam ear pads it’s going to suit most sets of ears.

The open acoustic version, however, is superior when you’re at home and looking to play some PlayStation 5 or PC gaming. I am also a big fan of this headset for Zoom, and other video conferencing tools. The mic is nice and clear, and it’s useful being able to hear everyone over the connection clearly for a change. The headsets utilise 42mm drivers, and that’s a good, premium level for everything from music to gaming, voice to movies, without being particularly tuned towards any particularly media.

Finally, regardless of which version of the H6PRO you use, the even balance and soft padding across the device makes for a comfortable balance. Additionally, EPOS claims that because the company focuses on clear audio across both base and treble, there’s less risk of “audio fatigue” setting in. Supposedly that comes from muddy sounds forcing the brain to concentrate more. I can’t speak to the validity of the science, but I can say that I’ve played hour upon hour of everything from rhythm game, to sports title, horror to RPG, and neither the headset nor “tiredness” was ever the reason that I stopped playing. This brings me to my final big benefit of the EPOS H6PRO; no battery. Yes, the 3.5mm jack connection can, at times, be cumbersome, but unlike wireless connections, you’ll never be at risk of that Hatsune Miku perfect score being ruined by the headset just dropping out at the most inopportune moment. 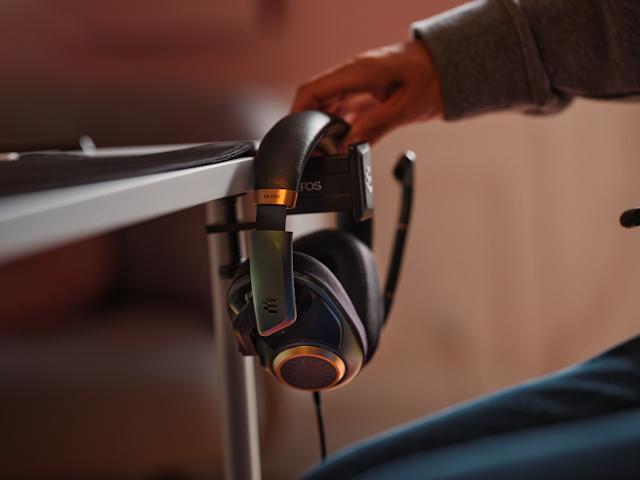 At $Aus260 the biggest problem the EPOS H6PRO will face is exciting players about it. It’s more difficult to get excited for a 3.5mm jack headset these days. It’s not the fault of the technology, of course. It’s just that there is greater “innovation” on the shelves. Still, the build and sound quality of this headset is excellent, and the option of open or closed acoustic models allows people to select the option that best suits the way they like to play games. Finally, no batteries to recharge or replace. All of that matters, and the EPOS H6PRO is a reliable, trusty, sturdy and versatile headset for everyday listening, working, streaming and gaming.

Poll of the week: What scale of game gets you most hyped?

The October issue of the Dee Dee Zine is now live… PLUS read one of the earlier magazines for free!