If you’ve ever wanted to manage your very own medieval potion shop but, like most of us, lack a time machine, now is your chance! Alchemist simulator Potion Craft allows players to run their shop by growing, mixing, and learning. A huge draw is the graphics, which are inspired by medieval manuscripts and medical tests. Here is the Early Access release date trailer:


Potion Craft seems remarkably soothing – there’s just something about grinding things with the mortar and pestle! The player is in charge of the shop from top to bottom, which means attracting customers, experimenting with new positions, and inventing new recipes. What kind of shopkeep you are is your choice: will you be noble? Will you be greedy? Will you be a dark occult master? Who knows! Understanding the townsfolk’s needs will be key to success, so listen carefully to what they require. That being said, the direction players choose to take is basically wide open, and some tasks have many correct options. Grow ingredients in the enchanted garden to harvest leaves, flowers, berries, roots, fruits, minerals, and tons of mushroom varieties. When it comes time to grinding, how fine it must be varies, so don’t overdo (or underdo) it! There are even options to customise potion packaging, including bottle shape and label type.

Developed by niceplay games and published by tinyBuild, Potion Craft will be released for PC via Steam Early Access on September 21. This mean it will be in a kind of post-beta, pre-full launch state for some time. A demo is currently available via Steam.

The next PlayStation Showcase is this week

Sony is kind enough to give us about a week’s notice, versus Nintendo loving to drop news about Directs about 24 hours in advance (which I do admit to loving, though). So we’re really ready for the upcoming PlayStation Showcase 2021! Right off the bat, PlayStation has open about the fact we will not be seeing anything about the next-gen PSVR, but other than that, everything is open! 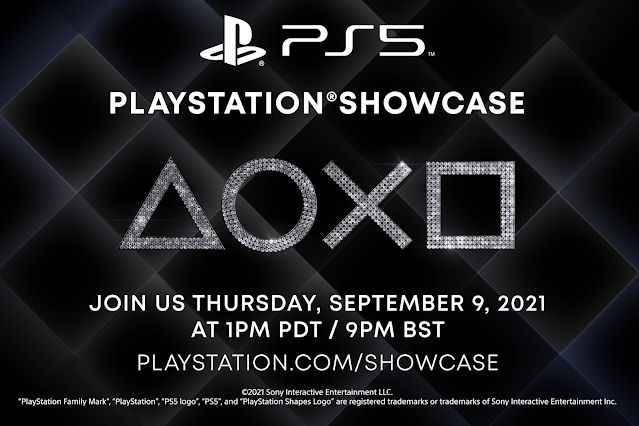 The stream will last 40 minutes (a lovely, sensible length). It will take a look at the future of PlayStation 5, including updates from studios and developers regarding games releasing in the future. There is a post-show that will have further updates from games featured in the Showcase. It seems that there will be heavy focus on games coming up this holiday season, so expect some big titles to be shown off.

PlayStation Showcase 2021 will stream on September 10 at 6:00 a.m. AEST (September 9 at 4:00 p.m. EDT). It can be watched via the PlayStation website, YouTube (this is the English version, the Japanese version can be found here), Twitch, and Facebook.

A never-before-seen representation of indigenous Sami stories and culture, narrative adventure game Skabma: Snowfall will soon be ready to launch. Sami are the last indigenous people of Europe. The title is set in a world of Nordic beauty where old northern campfire tales have come alive. Players will solve puzzles in a platformer-like setting while searching for a runaway reindeer. Here’s the reveal trailer:


A Sami village has had similar daily life for as long as can be remembered, but that life is disturbed after an accident at a nearby tar pit. An unknown disease begins to spread through the area, affecting the land, the people, and the animals. Ailu is a young herder searching for a runaway reindeer doe. Instead of the reindeer, she first finds an old enchanted drum that begins to unlock the secret of the disease. Ailu’s story brings them from herder to healer (more specifically, Noaidis, a Sami healer). She’ll have to find four Familiar Spirits and reconnect with nature to fully uncover the mystery. The familiar, along with a drum, will reveal hidden elements in nature to help Ailu solve puzzles and more forward.

Developed by new indie company Red Stage Entertainment and published by PID Games, Skabma: Snowfall will launch for PC via steam in the first quarter of 2022. A console release is planned, but there’s no word on whether it will happen around the same time or at a much later date (or somewhere in between).

Here’s the opening movie for Laid-Back Camp: Have a nice day!

Based on popular anime Laid-Back Camp, Laid-Back Camp: Have a nice day! puts players into the role of two familiar characters as they go through a branching story where the camp contents change based on the player’s decisions. It depicts what-if scenarios not addressed in the anime series. Last week, Mages. released the game’s opening movie. See it here:


Players are put in the roles of Nadeshiko Kagamihara and Rin Shima. It features all the places from the anime: Lake Motosu, Fumoto Campsite, Eastwood Campsite, Takabocchi Highlands, Shibire Lake, Jinbagatayama Campsite, and Fujinomiya. There is also a new location included, not seen in the anime and is merely mentioned by name in the comic: Lake Tanuki Campsite. As I mentioned, it plays through a lot of what-if scenarios. What if everyone went to the Highlands instead of just Rin? What if Rin went to Shibire Lake alone instead of with Nadeshiko? What if Rin brought a grill to Lake Motosu? Basically, it features scenes from the anime, then sends them in a new narrative direction.

Developed by Mages. (formerly known is 5pb), Laid-Back Camp: Have a nice day! will be released for PlayStation 4 and Nintendo Switch in Japan on November 11. So far, there’s no word on a western release, and I wouldn’t necessarily be waiting on one.

… and a bonus NIS tidbit!

Prinny Presents NIS Classics Vol. 1 launched last week (of course, Matt S reviewed it, and of course, he loved it) but NIS America has already set its site on the future. A teaser website for Prinny Presents NIS Classics Vol. 2 launched late last week; there currently isn’t any info on it other than a rotating penguin asking that I “come back in 3 days, dood!!!” but that’s still exciting enough to get a shoutout here! 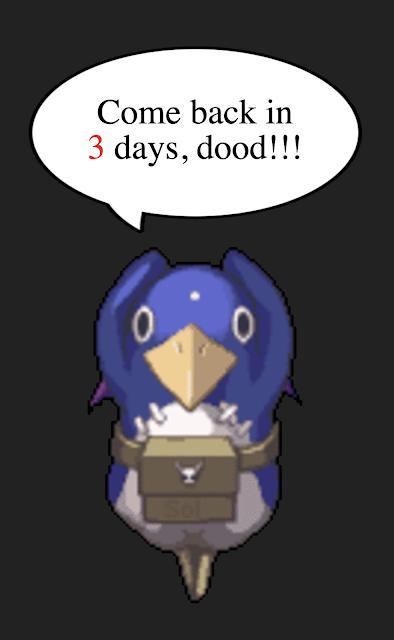