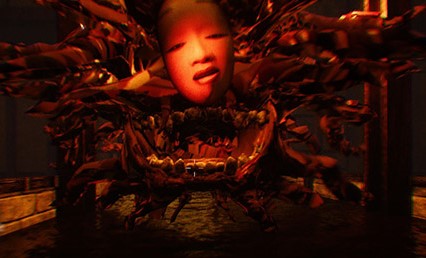 Ever-prolific publisher, NISA, is at it again, having announced two games this week. We’re getting a new horror game with a deeply Japanese aesthetic as well as a new roguelike.

The horror game is called Shadow Corridor, and it sounds like it might be a bit like Dungeon Nightmares (only hopefully good). The maps in the game are randomly generated with each play, and I’m not sold on that, but the theme of the game is very much my thing:

Shadow Corridor features a variety of different ghosts, each with their own unique appearance and abilities. The spirits of the cursed Noh mask wander the halls using the game’s intuitive AI, and will react to stimuli such as light and the sound of the player’s footsteps. The game allows players to select their difficulty, ranging from beginner to shura, allowing both new and veteran survival horror players to test their skills. In addition, the new “Apparition Defenders” mode allows you the opportunity to take on the role of the ghosts and hunt the humans for yourself.

This one will release on October 26 for Nintendo Switch and, as a big-time fan of Noh theater, I’ll be checking this out for the cursed mask if nothing else.


The roguelike, meanwhile, is Labyrinth Legend, and it looks like a fairly by-the-book take on this enduring popular genre. In Labyrinth Legend, you can look forward to retro-inspired pixel graphics, a range of different characters to choose between, and then some monstrous bosses to try and takedown.

Labyrinth Legend was released on Steam last year, and unfortunately didn’t make much of a mark. NISA is releasing the Switch version of it, and hopefully it can turn some more heads. This one won’t release until “spring 2022” (so autumn for us Aussies), so there is plenty of time for the developer to continue to build out the new stuff promised for this version.