Announced at E3 2021, Life is Strange: Remastered Collection was initially set to launch this week; however, while True Colors launched on time, the collection was delayed indefinitely. Last week, Square Enix announced the new release date for the game(s), which includes remastered visuals, a new engine and lighting upgrades, new motion-captured facial expressions in Life is Strange, and the deluxe content for Life is Strange: Before the Storm (outfits, an extra episode titled Farewell). Before we get there though, let’s take a look at Max and Chloe’s story through the E3 trailer for the collection:


Life is Strange is downright magical to play for the first time. Or the second. Or the third. And I expect it will still retain that emotion in the remaster. It follows high school student Max as she learns first-hand about the butterfly effect and her newfound ability to go backwards in time. The story, the location, the characters, it’s all as close to perfect as a game’s elements can be. Life is Strange: Before the Storm is a prequel, about Max’s best friend Chloe and her new friend Rachel Amber. Both are integral players in Life is Strange, and seeing the beginning of the story from their view was most welcome. Chloe doesn’t have any special power – unless you count her quick wit.

Developed by Dontnod and Deck Nine, and published by Square Enix, Life is Strange: Remastered Collection will be released on February 1, 2022. It will launch for PC via Steam, PlayStation 4, Google Stadia, Nintendo Switch, and Xbox One.

There is something inherently creepy about game-based cartoons to me; I don’t actually know why, it’s just something my brain twitch uncomfortably over. Still, I’m intrigued by the upcoming Super Mario film, very creatively titled Super Mario Bros. We know very little of the film, including nothing about the plot, but we do now know of the main cast. 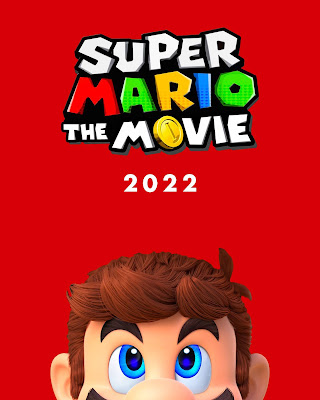 Super Mario Bros. will be released in theatres worldwide during the holiday 2022 season. For North America, the specific date is one familiar to me: December 21 is my birthday! A possible creepy cartoon film, just what I’ve always wanted! It is being produced by Illumination, and the company’s founder/CEO Chris Meledandri states in a press release, ‘Mario and Luigi are two of the most beloved heroes in all of popular culture, and we are honored to have the unique opportunity to work so closely with Shigeru Miyamoto and the widely imaginative team at Nintendo to bring these characters to life in an animated movie, unlike any film Illumination has made to date.”

That’s it. That’s the title of the bit of news. Nothing else needs to be said. But since we’re here, I may as well explain. During last week Nintendo’s Direct, Square Enix announced Chocobo GP, a brand new chocobo-themed kart racing title full of characters we know and love. Chocobo is the star, which has happened before but not often. Let’s be real: they are super adorable and deserve more games based around them. Here’s the announcement trailer:


Chocobo GP includes several game modes, including Story, Custom Races, and a bracket-style tournament for up to 64 players. The courses are inspired by everything Chocobo and Final Fantasy; for example, there is Cid’s Test Track, the streets of Alexandria and Zozo and the Gold Saucer. Shiroma and Vivi are familiar faces spotted in the trailer. Magic Eggs can be found scattered across all tracks, and allow players to collect magicite. Magicite gives racers powers they can to help beat the competition.

Developed and published by Square Enix, Chocobo GP will launch next year for Nintendo Switch. That means I may finally cave and get said console… maybe. I’m surprisingly patient at times, and maybe it will launch for other platforms!

I could have sworn I had just written about Yoko Taro’s next game in the last catch-up, but apparently that was already a couple of weeks ago. Voice of Cards: The Isle Dragon Roars is a card-based RPG by the creative team behind NieR and Drakengard. It promises to be a unique experience, storytelling-wise. We now know of the launch date, as well as much more information about the title itself. Take a look at the latest trailer:


Players will venture through an ancient (well, at least old) story set in a world shrouded in mystery. The story is told entirely through cards. The protagonist will set off on a quest to defeat a dragon, joined by a couple of companions. Players will make choices and participated in turn-based battles.

Developed and published by Square Enix, Voice of Cards: The Isle Dragon Roars Will be released on October 28 for PC, PlayStation 4, and Nintendo Switch. There is a special bundle that includes a bunch of NieR-themed items; these items will also be available for individual purchase post-launch. Players who pre-order the title will receive DLC: the Golden Dragon Pattern lets players swap the reverse card design, and a Traditional Avatar that allows players to change the design of the game piece into traditional craftwork. A demo featuring the prologue is now available for PlayStation 4 and Nintendo Switch; a PC demo will be released on September 24.