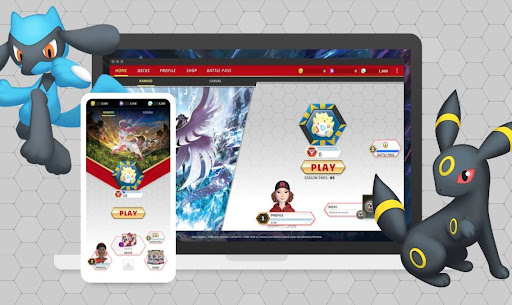 I was there right at the start with Pokémon cards. My brothers and I wore out entire decks with the very first edition of the game. For the longest time it replaced Magic: The Gathering as our go-to TCG. And then the Game Boy Color Pokémon Trading Card game came along and we lost so many hours to that too.

Over the years I stopped playing, mostly because, once I moved out of home I didn’t really have anyone to play against, and I wasn’t able to find a digital version of the Pokémon Trading Card Game that really compared to what was available via digital-only TCGs or Magic: the Gathering itself. But now The Pokémon Company has announced Pokémon Trading Card Game Live for PC, Android and iOS, and this one does have what it takes to draw me back in. Or, at least, give it a fair go.

It will be a free-to-play game (because of course it will), and you’ll be able to do everything that you would expect to with a TCG – play against people of a similar skill level, manufacture your own decks and strategies, and collect cards from all the most recent sets. You’ll get eight decks to play with for free just by signing up, and if you’re also a collector of the physical cards, you’ll actually get codes to redeem online to replicate your cards in the digital edition.

Finally, you’ll be able to synch your data across mobile and PC, so you’ll be able to play however you like, whenever you like. Naturally there will be all the daily login bonuses and other irritants that come with free-to-play games, but it does look like they’ve done a good job capturing the art and spirit of the card game and – as long as the basic mechanics haven’t changed too much from when I was playing – Pokémon TCG is a genuinely good card game that is accessible to players of all levels of experience in TCGs.

Remembering that new Pokémon cards somehow started a near-riot earlier this year, this game’s popularity continues to endure, so I’m sure Pokémon Trading Card Game Live will be quite the hit when it soft launches later this year in Canada (rest of world release TBD).

Anti-capitalism or just melancholia? An interview on The Plane Effect