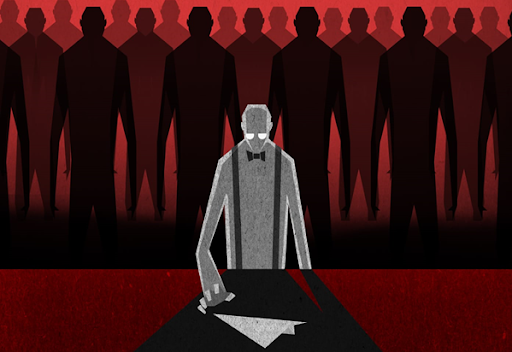 The Plane Effect is the kind of game that will immediately catch your attention, for its distinctive aesthetics and “arthouse” vibe. It’s out this week (and there’s a demo available now), and being published by PQube, so I figured I’d have a quick chat with the Italian developers behind the game at Studio Kiku, and get a sense of what they are looking to achieve from it.

This is a couple of key questions from a much larger interview that we ran in the Dee Dee Zine – if you find this interesting, then you should read the rest of the magazine (which you get by supporting us on Patreon), because it was a fascinating interview to write.

Matt S: Okay, so. We’ll start with the easy and totally-not-loaded question first. Capitalism is pretty terrible, isn’t it?
Paolo Pavani (Executive Producer): I really appreciate this kind of question because it’s out of the game scope and provides us with the ability to explain a little bit more of our actual feelings that moved in the game design. Tons of publications have been written about this topic and I am trying to provide a short answer.

From a macroeconomic point of view, I agree with the modern liberalism theories of Paul Krugman and I consider the government policies key for the development and to control the excess of the liberal markets. I believe that you let markets mostly run themselves, and having an economy that’s basically driven by market forces is good and the government has to collect taxes to provide a safety net. What being a free market means is up for debate. 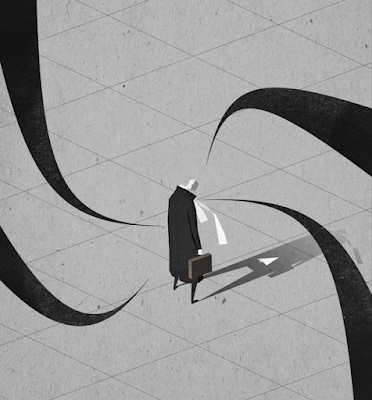 I am a free market guy with a caveat, I think the government should stabilize the economy and keep the importance of a welfare state.

I’m living in a capitalist society, the Italian version of capitalism.

I think capitalism is a good answer for the development of the world and at the same time, there is the need to pay attention to the economic inequality that it can produce. For world development, the liberal market, competitiveness and specialisation are key factors.

Then looking at restricting the scope of our view day by day we understand how in some parts of the world more than others the advertising is well-positioned as a key factor for sales and the people are getting harsh with the meaning of life.

The game is a small voice among all the messages every day we are receiving. Our intent was to make our audience think about the final meaning of the advertising: “USE” and “BUY”. 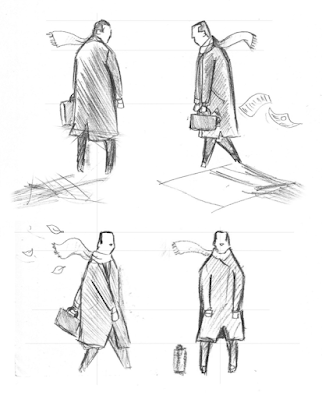 Matt S: There are all kinds of ways to approach dystopian art. A lot of it in games is aggressive. Yours seems to be more melancholic. Was there any reason that you’ve landed on this tone?
Dennis Cabella (Game Director): Melancholy is not very developed in the videogame world. I think it is a peculiarity of our videogame and it is a good tool to touch the player’s soul and lead him/her to think more attentively of what they are watching. You are there, in front of your console, and it puts you in a different mindset. You are the character for a while and you can literally walk in his shoes, understand his feelings.

Matt S (DDNet): What is “The Plane Effect?” I know what a butterfly effect is. I’m assuming that it has something to do with the metaphor of the paper plane I’ve seen in the footage?
Paolo Pavani: There is not an exact answer, the journey has more interpretation and each player can have his own. We intentionally implemented the story in the game open for interpretation at different ages and life experiences. So a lot is up to the player. Think also a metaphor of the past that must fly away.

The plane effect is, for example, also a key, a way through another hidden reality and leaves the player with the question: “which one is true?” 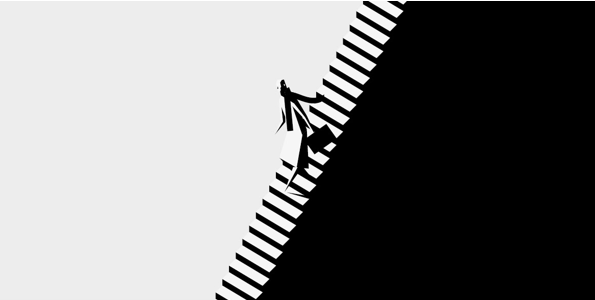 Matt S: It’s easy to imagine that the aesthetic you’ve got in The Plane Effect is a kind of visualised Orwellian nightmare, but were there any other particular influences that you can mention?
Paolo Pavani (Executive Producer): Since the 80s we have always been big fans of science fiction, cyberpunk culture and dystopian novels and mangas. Great authors like Philip K. Dick, William Gibson, and Katsuhiro Otomo influenced our childhood with their vision of a lonely and depressing future. I think also the comic books and cartoons of our childhood and teenage years inspired us. Of course, this is an adult version of that world, but the idea of travelling to a different dimension partly comes from there for sure.

Human beings have become slaves to consumerism, technology and to themselves. They stopped dreaming and suppressed their real emotions.

This vision led us to represent an abandoned world in which one is alone with oneself. And the best way to reproduce these feelings of solitude was to create a dark grey minimal world.