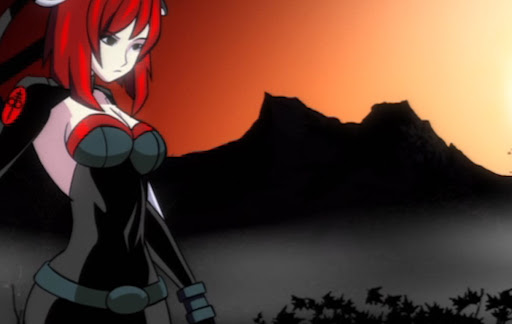 News by Matt S.
BloodRayne Betrayal: Fresh Bites is a re-release of the 2011 WayForward action/platformer that is coming to PlayStation 4 and 5, Xbox Series, Xbox One, Nintendo Switch and PC. It now has a release date: September 9.

BloodRayne Betrayal was actually one of the earliest games that we reviewed on DDNet. We absolutely loved the game back then, writing: “What separates Rayne from lesser action platformers is the speed and fluidity of the leading lady’s movements. Attacks chain together amazingly easily – the first time you pick up the controller you’ll not realise what you’re doing, and then somehow Rayne’s ended up on the other side of the screen amongst pools of blood. It’s also visceral. There’s blood in this game – way too much of it for what the humans and monsters that stand in Rayne’s way should contain within them. Blood is a central motif of the game as befits a vampire title – drinking the blood of enemies restores health after all, but the amount of gore nevertheless marks this as a decidedly adult turn for the gothic horror genre in videogames.”

It’s going to be interesting to see if this game holds up, because the industry has moved a lot in ten years. What was an astounding, stand out title in the early days of digital distribution (remember, back then, not everything got a downloadable release), may or may not still impress and wow in 2021. We’ll see soon enough. As for the re-release, it has a few new features, as the press release overviews:

All-New Voice Acting – Originally released without any spoken dialog, the new BloodRayne Betrayal will feature AAA-quality voice acting by Laura Bailey and Troy Baker reprising their roles as Rayne and Kagan. Patrick Seitz and Todd Haberkorn are also featured as voice actors in the game, bringing more of its characters to life.

Enhanced Edition – Higher resolution character sprites and support for HD displays (up to 4K) are just a few new details added to the game that help Rayne strut her stuff on modern PCs and consoles.


There’s not long to wait for this game now!