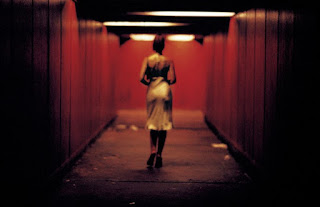 The big news today is that Funimation has acquired Crunchyroll for a ridiculous amount of money, meaning that the overwhelming bulk of anime available in the west has now been consolidated into just one company – a near-monopoly on the art form.

Meanwhile, over at Spotify, artists are now being charged to show their own followers that they’ve released new music. And over at Netflix, that streaming company has just released two new Rurouni Kenshin films, both of which it has locked down worldwide exclusivity on. If you’re like me, and own the first three (both on DVD and iTunes), you now need to rely on Netflix keeping the final two films on their service, otherwise poof! There goes your ability to watch them all for a lazy weekend in.

Finally, all that convenience and cost-effectiveness that streaming services initially promised has been undermined by the need to subscribe to a bunch of them. Just take films as an example. Before even factoring in music, sport, anime or games services, you can easily be a member of a dozen of these things: Watch to be able to watch everything? Better join Netflix, Disney, Stan, Mubi, Amazon Prime, Shudder, Troma, Apple TV+, OVID, and lord knows how many other services. This can set you back so much more than you might have spent on DVDs previously, and it’s paid on a monthly basis, every month, until you remember to cancel the massive number of subscriptions that you have (and many don’t remember for a long time, giving these companies free revenue).

I could write an essay on how the business side of this was always a grift, achieved on a scale of sleaziness that would make used car salesmen blush. I could highlight how the shift from up-front expenditure to recurring revenue was always for the benefit of the vendor, not the user. I spent years as a business IT writer, focused on the channel (that being the distributors and resellers that take products from vendors and sell it to the end-users), and I could write about how, for years, the channel was obsessed with finding ways to get their customers on to recurring revenue for the channel’s benefit. The exact same thing is happening with subscription services. You’re all being played there when they convince you that the shift to subscription is for your good.

But there’s no point in making that argument. People are so utterly convinced that $10/month for access to a million movies per month is “good value” that they’ll sign up for a dozen of these, and then spend hours flipping through them, working out the one film they want to watch out of the 12 million they have access to that week. $120/month to be (almost) guaranteed that when you want to watch a film, it’ll be on one service for you to hunt down. You’ve all been played on that being a good deal, but such is the short-sightedness of the modern consumer that the “cheap” upfront cost in the instant is the only thing they consider. There’s some powerful psychology at play there, and there’s no getting around that.

So, instead, I’m going to talk about how ruinous these streaming services are to art. We are going to experience some catastrophic losses of artworks in the near future. It’s not a huge issue right now, since streaming services are new, but in the years ahead a couple of things are going to happen: firstly, licenses will be lost, and secondly, companies will go out of business. That’s the point where we’re all going to realise that locking all this content to these platforms was an incredibly short-sighted mistake. The reality is that we are not good at respecting or preserving art until there’s almost no chance of saving it (“An enormous number were junked as valueless in the sound era; some were snipped to pieces, others cannibalized for their set pieces that were repurposed for talkies,” The Smithsonian notes when explaining why 86 per cent of early-era films have been lost), and there’s no reason to believe the likes of Netflix and Disney – the most corporate of corporates – see their films as anything more than content to be jettisoned when it’s no longer valuable to their bottom line.

When we watched films via disc or tape, it doesn’t matter what DVD player we drop them into. If either the film producer or the DVD player manufacturer went out of business, we still had access to that film and could indeed take steps to preserve it since, with relatively little effort, we can make copies of that material. Naturally, the industry wasn’t a fan of this, but it helped facilitate archiving with or without the industry’s active involvement, and it meant that our ability to watch a film wasn’t contingent on the graces of some platform holder.

With streaming services, however, unless the platform holder takes specific steps to maintain a film, that film could be lost, be that from licenses expiring, companies changing hands, or companies going bankrupt. If Netflix goes belly-up tomorrow, or if it pulls the fourth or fifth Rurouni Kensin films off its service, where it currently has exclusive rights I – and everyone else – has no opportunity to make a copy. There’s no way to rip Netflix films, as far as I know, so instead, I would have to hope that another company picks it up or the publisher decides to do a DVD release, but there’s no guarantee of either (particularly if the films are old enough to be considered to have minimal commercial value). We’d all like to think that something would be done to preserve the films, but there’s very little precedent to suggest that the companies would do so for altruistic reasons.

Beyond this concern, we’re also headed towards a real accessibility issue with films. Unless you’re a subscriber to absolutely everything, then it’s going to be increasingly hard to watch films, and many older films may never end up on streaming services. I’m a massive fan of Chungking Express, by Wong Kar-wai. It’s one of my favourite films of all time. Despite spending over $100/month on streaming services, I can’t watch it on any of them. Because streaming services are disrupting the economics of film distribution, DVD copies of niche films are also no longer being made, and in some cases, distribution is being pulled from them. I was fortunate to purchase Tokyo Tribe (Sion Sono’s greatest film and my absolute favourite film of all time) on iTunes when I did, because it’s no longer there. The harder it becomes to watch films, the harder it becomes to talk about them, and you can be sure that Disney, Netflix and so on are aware that they are better off with people exclusively watching and talking about their own films. Therefore, they are incentivised to be slow to allow other films on to their services.

Finally, all of these services want to avoid controversy. Given that a critical role of the arts is to challenge and provoke thought, these companies are incentivised to stand away from art. We live in an era where people believe that things they don’t like shouldn’t exist, and so, if even a fraction of the number of people who called for a boycott of Netflix over the critically-lauded art film, Cuties, followed through with it, Netflix will be more cautious about putting other subversive or challenging films on the service in the future. To go back to the DVD example – if you own a Sony DVD player, it’s not going to refuse to play Gone With The Wind. You’re going to be able to watch and study it. Meanwhile, it very nearly disappeared from HBO Max. Certainly, that film is racist and should be critiqued as such, and certainly, companies can make decisions about the films that are played on their platforms, but if they’re not going to also allow the film to be archived and accessed elsewhere, this is tantamount to a book burning. It’s also all-but ensuring that deeply transgressive masterpieces, like Pier Paolo Pasolini’s Salo, or Gespar Noe’s Irreversible, will forever exist on the moods of the righteous mob, and the commercial interests of companies for whom artistic integrity is a distant secondary concern.

In this piece, I’ve focused on films, but just about every other streaming and subscription service have deep and irresolvable issues, that disrupt the access to and integrity of art, all so the platform holder can make money. I’ve lost access to piles of music I’ve enjoyed on Apple Music because of shifting licenses, but music streaming has also ripped through the CD industry, meaning that I’m left searching up low-quality YouTube videos when I’m in the mood for a particular song. Amazon’s book subscription service, Kindle Unlimited, seems like a good deal until you realise that a lot of quality publishers don’t put their books on the service, while propagandists (particularly right-wing propagandists) have figured out that this is an opportunity for making sure their books are the ones that are getting read – that service actively perpetuates disinformation. Xbox’s Game Pass might be the darling of the industry right now, but given the trajectory of every other subscription service there’s no reason to believe that it won’t 1) change the economics of game development to the disadvantage of the artists, 2) affect the way games are made, 3) cause multiple other services to spring up, essentially forcing people into juggling a fortune’s worth of monthly payments just to be able to play a game they want, when they want to and 4) make game preservation and archival even more difficult than the woeful state that it’s currently in.

Streaming services have been a truly great con, and we, as a society, fell for them entirely. Not only are they neither cheaper nor more convenient than the forms of consumption that they replaced, and not only do they exclusively benefit libertarian, suit-wearing tech executives, rather than audience or artists, but they’re actually going to actively cause generations of lost culture and art.

And we all fell for it.

Check out the cover for the August edition of the Dee Dee Zine!