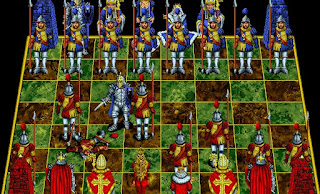 Do you have fond memories of playing “the Amiga”? If you’re an oldie like me you absolutely would have because that device’s games were the absolute bomb back in the day.

To tap into those memories, Retro Games has announced the THEA500 Mini – a console that has been inspired by the 1978 Amiga 500. It’ll come with 25 games, but also features the ability to side-load your own games via USB stick (I can see Itch.io developers loving making new games for this “old” device), and comes with the original style 2-button mouse and newly-engineered 8-button precision gamepad, allowing you to choose your control method.

The device uses HDMI so it will be compatible with all modern TVs, and other features include a save game function, selectable 50Hz or 60Hz screen refresh, CRT filter and multiple scaling options.

However, it’s the games that are the most appealing thing about this device. “The Amiga” (no one ever remembered what device they themselves owned) really did kick off some impressive properties and beloved favourites. The 12 games that have been announced so far are Alien Breed 3D, Another World, ATR: All Terrain Racing, Battle Chess, Cadaver, Kick Off 2, Pinball Dreams, Simon The Sorcerer, Speedball 2: Brutal Deluxe, The Chaos Engine, Worms: The Director’s Cut, Zool: Ninja Of The ”Nth” Dimension.

Streaming and subscription services are the enemy

Tormented Souls is so close!