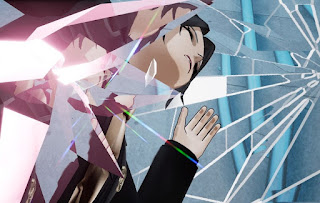 The Caligula Effect remains one of the smartest games that almost no one played. Even the re-release on Nintendo Switch and PlayStation 4 didn’t do much to boost it, but hopefully, the sequel has better fortunes (while keeping the same brains).

NISA – the publisher of The Caligula Effect 2 – has announced that the game will land on October 19 for both Nintendo Switch and PlayStation 4. There’s also a new trailer to enjoy, and it has me even more excited for this thing. I really can’t wait, and it’s so close now!


For everything that you need to know about The Caligula Effect, read our review of the original, or check out our interview with the game’s creator.

The Legend of Zelda: Skyward Sword HD: Brilliant game, but…

Accessible games are good: We really need “easy modes” to stop being controversial