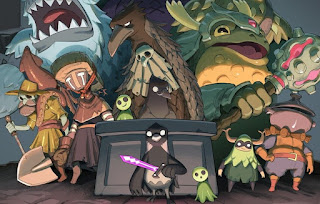 The first thing Acid Nerve’s top-down action game, Death’s Door, has going for it – it GIFs really well. Check out the team’s Twitter and you’ll find multiple crunchy loops of a well-timed sword swing bouncing a projectile back at an enemy, and it’s just so satisfying.

You might remember Acid Nerve as the team behind the respected PS4/Vita title Titan Souls. That game was pixel-based top-down action with an emphasis on enormous, arena warping boss battles. Death’s Door is a kind of spiritual successor, translating the same tight controls and methodical combat to a larger world filled with whimsy and a hint of the macabre.

Players follow a Crow in a universe where the afterlife works something like Monsters Inc. A corporate bureaucracy handles a catalogue of doors, each one leading to a soul our Crow must reap. But the passage from life to death is an industry where clients and workers don’t get along much, so with your trusty sword and bow, you’ll need to persuade the most uncooperative of spiritual beings to give up the ghost, and also their soul. By beating them up.

Things go even more awry when Crow finds their life limited by some metaphysical interference – they’ll need to journey across a vast and surreal world to open up Death’s Door and prevent an untimely demise. 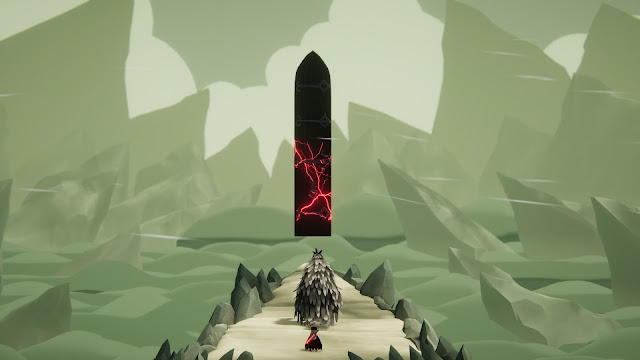 And the second you get dropped into the top-down world of Death’s Door, you’ll realise one thing immediately: Acid Nerve are masters of combat design. The mechanics in this game feel like they’ve taken lessons from every indie action success of recent memory. Melee is mapped to left-click and ranged with right, and a handy dodge with spacebar recalls Supergiant games like Bastion or Hades. Ammo for the ranged weapon which recharges on melee hit works similarly to Heart Machine’s Hyper Light Drifter, elegantly keeping ranged attacks relevant without allowing the player to rely on them solely.

But on top of this, Death’s Door populates its world with complex and cleverly designed enemy encounters. One early enemy is a humanoid figure with a heavy skull-shaped backpack. It’s vulnerable from the front, and not from the back, forcing players to strafe around the battlefield to get a good hit. This enemy attacks by rolling forwards, in a telegraphed yet surprisingly quick animation that will land a hit on the unwary. Players can dodge out of the way, or with a well-timed arrow, knock the enemy onto their back for a moment of vulnerability. This enemy can also be led to roll into terrain or even other enemies to deal damage. It’s just a wonderful design, brimming with interactivity, meaning players have so many ways to creatively approach any combat scenario where this backpack buddy shows up.

And this is one of the first enemies which appear.

Did I mention this game has bosses? 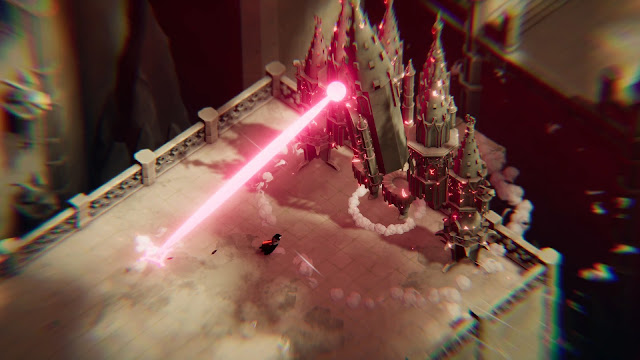 The combat in Death’s Door feels amazing and Acid Nerve really show its work in making every encounter feel meaningful and interesting. Boss fights are naturally a highlight, with complex yet manageable attack patterns which ramp up in intensity, leading to fights that look cool, feel cool, and yet never kill the player unfairly. At its best, combat feels like the player is locked in a dance with the game, and every swing, parry and roll feels perfectly choreographed.

Player strength and progression is also tastefully pared back to emphasise skill over avatar strength. A small amount of currency is earned from defeating monsters, but far more is available through exploration, by pushing forward into new zones and looking for chests in the nooks and crannies. Small upgrades can be purchased to improve attack, speed and magic, though there’s no impetus to grind for upgrades before each boss. Throughout the game, players can find pieces of heart containers, but because every attack can be evaded with precise dodging, the four blocks of life that the Crow starts with feels like more than enough.

This style of progression is more akin to the Zelda series than to an action RPG or a dungeon crawler. Rarely will players face enemies which block the only road ahead with their sheer might; there is always the choice to power through a tough encounter based on reflexes, or to go explore in a different direction until more tools become available. I particularly appreciated the way the world opens up and slowly loops back on itself: the Doors function in a similar way to Bloodborne, giving players places to warp back to via a central hub, and ladders, switches and elevators ensure that no part of the game’s world is more than a minute or two’s walk from any other locale. 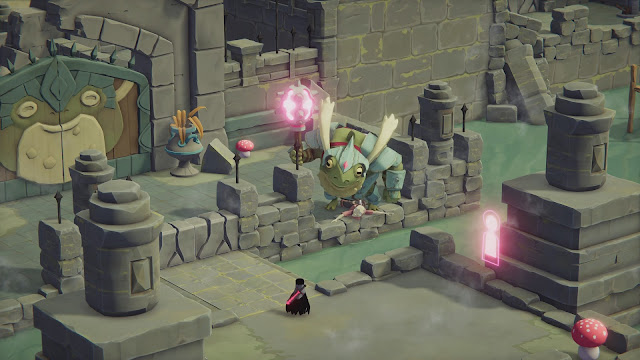 One more lesson I feel like this game takes from Zelda is the creation of a whimsical fantasy world by leaning away from pre-established mythologies and instead of crafting something brand new: throughout my preview I kept seeing character designs and enemies which were wholly novel to me, and wonderfully weird. Whereas Zelda has Gorons and Tektites, this game has sentient laser-firing citadels and Pothead (a man with a pot for a head). The excellent art-style and music perfectly sells the player on a sense of adventure, and not just a quest through familiar territory, but something properly fresh and original.

Ultimately, Death’s Door is impressive because the team at Acid Nerve seems intent on doing for the top-down Zelda genre what Hollow Knight did for Metroidvanias. The improvements to familiar formulas feels impressive, and the team strike that perfect balance of comfortable familiarity and bold innovation. I’d be surprised if this wasn’t a game held to the highest of standards for years to come.