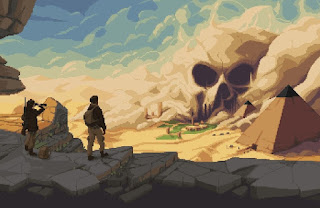 Pixel XCOM, by way of the Indiana Jones aesthetic, Pathway, is a good-looking game indeed. Published by Chucklefish and developed by Robotality, the game release on PC back in 2019, and now it’s on its way to consoles with a Nintendo Switch release.

In a time of global turmoil, Nazi influence spreads inexorably across Europe and the Middle East. Rumors are abound of secret excavations, mysterious artifacts, and even the odd whisperings and tales of gruesome occult rituals… 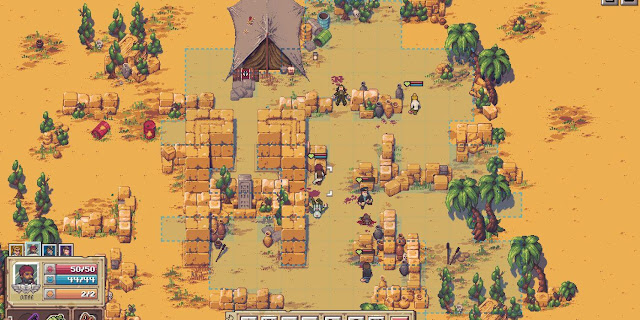 It’s up to you to assemble a team of bold adventurers to journey through the desert. Explore bunkers and temples of Northern Africa to discover their hidden treasures and secrets before they fall into the hands of Nazi forces.

The game has a generally positive response on Steam, with 74% positive reviews from close to 1,500. More recently the response has only been “Mixed” (only 11 reviews though), but either way, the game’s being pitched fairly cheaply to Nintendo Switch owners (around $20, depending on your local currency), and has a really nice aesthetic that will surely catch the attention of some.

The game launches on May 27.