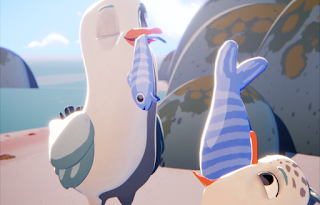 This is a super-short (20 minutes per “run”) visual novel of sorts, which is designed to be highly replayable, with allegorical use of the great paintings of yesteryear to make it “the pretentious experience we all secretly long for.” I swear to you all I didn’t make this. Anyway, it’s totally free and by downloading it you’re going to make Mr. Tim Apple really sad. After all. Only degenerates use itch.io.
Fish Or Chips

So, here’s the thing. I live fairly close to a beach that is very tourism-orientated. That means all kinds of hot food stands right up to the beachside and… it means seagulls. So many damn seagulls. I’m not sure if Fish Or Chips is meant to be a nightmare or something that I love, but I think I’ve got to give it a chance because, in all seriousness, it looks like a delight. 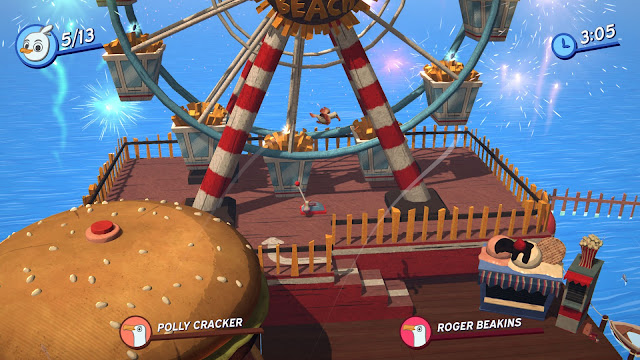 This is a cooperative game for two players. Basically, because all the humans have gone into lockdown, the hot chips that form a less-than-healthy core of the seagull diet have disappeared. Now you need to find a way to feed your starving flock. This game is a student project, and if the art is anything to go by… these students have a long history in game development ahead of them. This game really does look premium.

Well now, does this have some real potential or what. Wonhon is a stealth-action, top-down game about revenge in 1920’s-era Korea. You play as a young girl who is killed in an attack on her village. The Korean God of Death appears, giving the girl the ability to turn into a ghost and possess living creatures. She needs to use that ability well to pick her way through hordes of enemies and exact her revenge.
The concept is compelling, taking place in a real period of horror for the Koreans (Imperial Japan occupied Korea in 1910 and they were… brutal… in an effort to eliminate the culture). Games like this are forever important in reminding us of periods of history that shouldn’t be forgotten. When the game looks as dynamic, exciting, and intense as Wonhon does, so much the better.

Remember Crazy Taxi? Of course you do (or at least should). It is one of the all-time great arcade “racing” games. Pizza City looks like it’s a riff on that, and that’s just perfect. In Pizza City, you need to deliver pizzas, as fast as possible, by driving your motorcycle around while also maintaining the balance of the pizza boxes, so they don’t fall over. In other words, this game is the ultimate training simulator for Dominos Pizza delivery “experts”, and they should probably play it, because they don’t often get either thing right.

Looking at the game, it looks like it’s quite refined for what it’s looking to do, which is especially impressive when you consider that it was made in about 40 hours for a game jam. Playing it will remind you that we don’t get enough Crazy Taxi-likes. What a game that was.

Catch up with last week’s gameplay streams: May 11