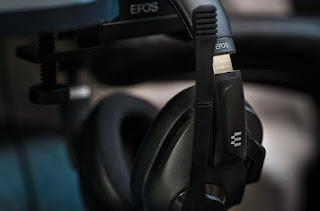 EPOS has provided us with a few premium audio equipment options over the last couple of months, and in general, the brand is impressive for its ability to provide quality gaming-orientated audio. With the H3, we’re getting a headset with more modest intentions but, perhaps, greater versatility, depending on what you use headsets for. With that comes a cheaper (though still premium) price by EPOS standards, and for the price, this thing is excellent value.

To cut to the crux of the matter with the H3; this is a wired headset that relies on an old-style 3.5mm old-school connection port. There is no Bluetooth, no dongles, and no need to manage the device’s software. You plug, you play, and while the audiophiles will chafe at that limitation, for most of us that just want a good sounding and feeling headset with no fuss, we’re going to get that with the H3.

It is beautifully lightweight and cushioned for comfort. It’s not particularly great at keeping outside noise out, or keeping your Hatsune Miku game music in, but when you’re plugged in you’re going to get a good range of audio out of this headset, at a good volume, and you’re going to be able to play for hours before you even notice that you’ve got this thing over your head. 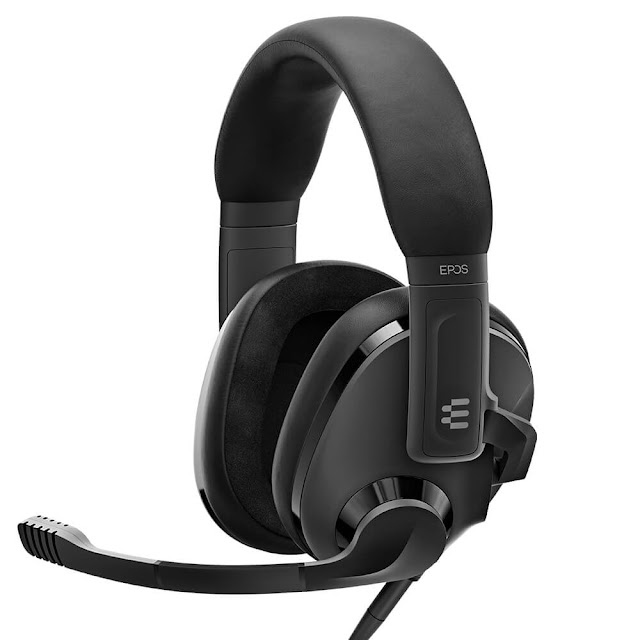 As with most EPOS equipment, the H3 is tuned towards providing a heavy bass, and naturally, this suits those games with plenty of gunfire or powerful music scores, but the medium and high notes are also clear and enjoyable, making it an enjoyable partner for lighter fare, too. The headset also contains the necessary surround sound experience to take advantage of those audio direction features in the Xbox Series X and Sony PlayStation 5, but if you’re playing on a device without that stuff – previous generation consoles or Nintendo Switch, for example, then you’re not going to feel a loss of audio quality.

The microphone, meanwhile, is very standard stuff for EPOS. By that I mean, when I’m using it for gaming, it’s excellent, delivering a crystal-clear voice to those I’m playing with, while offering noise-cancelling technology to ensure that there’s not too much ambient noise that breaks through. It picks up the cockatoos that hang around my place, yes, but the cockatoo squark is powerful enough to shatter windows. Keeping more normal volume ranges, such as the noise of cars and people walking in front of the house, is no problem. On the other hand, for recording videos, podcasts, or general voice work, there’s a “tinny” character to the why that the mic presents my voice mic that EPOS has never quite managed to shake, and as such, I won’t be trading in my Blue for serious work just yet.

The only other downside to this headset is that the mic isn’t detachable. It folds up (and therefore turns off) easily enough, but aesthetically the headset will forever look like a “computer headset”, and so I won’t be taking this on the train to play with my Switch on the go. That’s a pity because the headset is otherwise nicely compact and stylish, and, sans mic, something I could see myself carrying around in my bag for use in public. 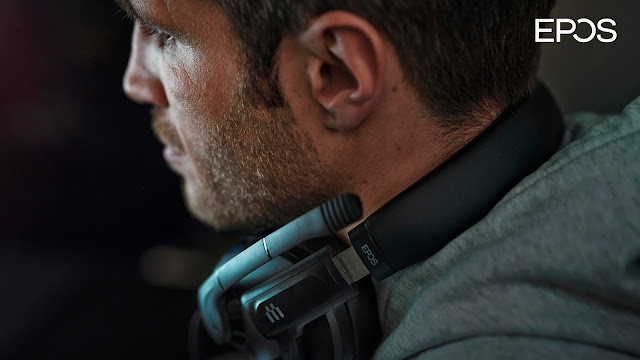 Though the H3 is what passes as “entry-level” for EPOS, there’s nothing cheap about the build quality. Though it’s as light as clouds over the ears, the construction is of solid, tough plastic and metal. The 3.5mm cord is detachable and replaceable, which is always a concern that people have with corded headsets. This one is going to go the distance and as far as headphone design and engineering go, EPOS has cemented its position as the best brand with the H3.

The EPOS H3 headset will set you back $Aus179.00. There are certainly cheaper corded headsets on the market, but this device offers excellent quality for its price, and it’s increasingly difficult to find “no-frills” options of this standard – all the premium stuff is about dongles and firmware and the like these days. If you’re in the market for a simple, wired, comfortable and durable headset, then this is the one you want.

The Final Fantasy XIV photobook is just the most wonderful idea