Every so often you come across a gadget that you just love, and one that fits exactly in with your own preferences and lifestyl. The EPOS 270 Hybrid wireless earbuds are an example of that for me.

I generally prefer earbuds to big, bulky headsets. They’re easier to carry around and I find them to be more comfortable in use. One thing that has always held me back is the fact that most earbuds only offer Bluetooth connectivity, which is great for pairing up to my phone for music and films and whatever, but it’s not no useful as gaming equipment. That’s where EPOS comes in with its GTW 270, and now I don’t need to carry a headset around at all.

See, the GTW 270 comes with a dongle, which you can connect directly to your Nintendo Switch (via a direct insertion of a dongle to the same USB 3.0 port you use to charge the console), or to your PC or home console via a standard USB cable. Once you’ve done that, the earbuds are paired to the dongle for immediate plug-and-play action. When you’re done with gaming and want to watch a movie on your tablet or hit the gym with your phone, the device also has a standard Bluetooth wireless connection option, too. That is sheer versatility, right out of the box, and while I am concerned that I will misplace the dongle at some point (it really is tiny), EPOS has even thought about that and provided a little carry case tag that you can hook up to your bag or phone case to minimise the risk of it falling out of a pocket or being left behind. EPOS clearly wants the GTW 270 to be a daily, versatile set of earbuds and have made sure to provide you with the tech and tools to achieve that. 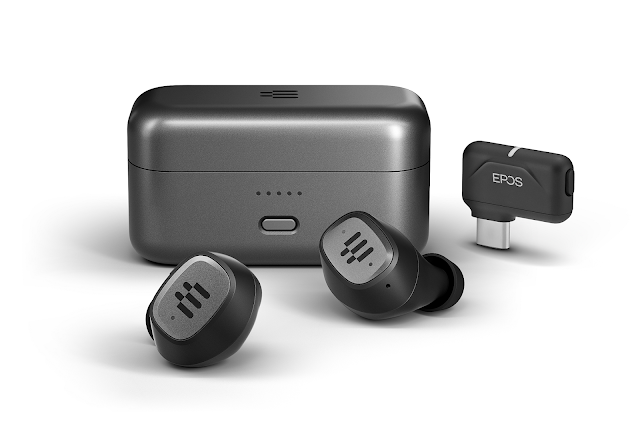 When you are gaming, even for those devices that support Bluetooth anyway, you’ll still want to use the dongle where possible, because it does offer a superiour sound experience for that specific application. EPOS has built wireless technology around minimal latency, where Bluetooth is fairly prone to it. Case-in-point; the Miku test! With the Miku test I connect a wireless headset or earbuds up to a console and play one of the Hatsune Miku rhythm games on it. Because the Miku games are so demanding on accuracy and timing, and so reliant on the relationship between the visuals and the sound, any latency whatosever makes the higher difficulty settings all-but impossible.

This time around I used the Miku title on Nintendo Switch, and the GTW 270 passes the Miku test, with that dongle allowing for a sound experience without any noticable latency. I did have a very infrequent issue where the sound would crackle or drop out for the briefest split-second at times, which I assume was some kind of interference messing with the signal (though I was always testing this by playing the Switch in handheld mode, so the signal didn’t need to travel far) and in the context of a Miku game I did make one or two mistakes when that happened. It is by no means frequent, however, nor enough to disrupt the general experience of playing games with these earbuds. With any other game I’ve tested the disruption isn’t even noticeable at all, but that’s the joy of the Miku test, really; it’s the most demanding of them all.

When you’re not playing games, the GTW 270 is a delight to use for music and other forms of entertainment, too. Just before Christmas, I got myself a pair of Sony’s WF-XB700 earbuds, and in general I am a big (big) fan of Sony’s sound technology. Those ear buds are incredible. Figuring the best way to do a test for the GTW 270 was to sit down and directly compare them, I went through a range of songs, listening to them one-by-one to compare the headsets. The songs I chose were Nightwish’s cover of Phantom of the Opera, Joy Division’s Love Will Tear Us Apart, The Sisters of Mercy’s Temple of Love, Nick Cave’s Where The Wild Roses Grow, The Cranberrie’s Zombie, Moby’s Why Does My Heart Fel So Bad, Martin Garrix’s Animals, Jeff Buckley’s take on Hallelujah, Chris Isaak’s Wicked Game, Aqua’s Barbie Girl, JERO’s Umiyuki and Shawn Mullin’s Lullaby. I wanted to test how the respective earbuds handled bass, clarity on the mid and high range, their ability to handle aggression and softer tones, older recordings, bubblegum tones, and the kind of silky, smooth music that base-orientated sound equipment tends to screw up big time. Also I wanted to demonstrate how terrible my taste in music is by writing this list out. 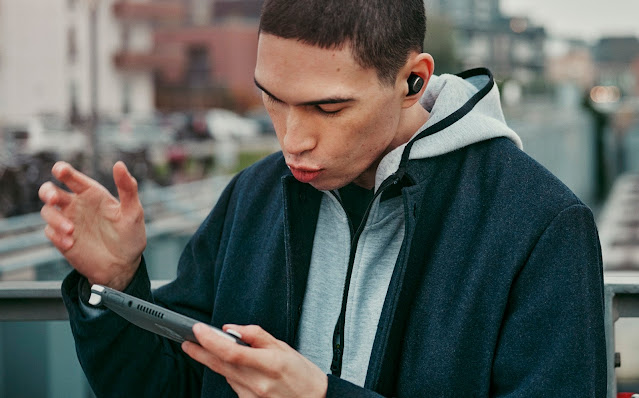 Anyway, here’s the thing: both of these earbuds are skewed towards base, though for different reasons: EPOS’ earbuds are for gaming, and good base is all-but mandatory for gaming sound equipment, given how many games make pew-pews and boom-booms central to the experience, and Sony’s earbuds aim to make for music that you can feel.

The GTW 270 Hybrid holds its own nicely. On the really bassy music, like Animals or Phantom of the Opera, there isn’t quite the same punch that rolls down your body and threatens to reset your heartbeat, but outside of a heavy gym session, where you will want that really heavy bass, you’re still getting a good wall of sound effect out of the bass. On the other hand, the GTW 270 is just that little bit more crisp on the higher end of the spectrum, which makes those more complex, lyrical songs like Where The Wild Roses Grow or Hallelujah more spot-on as a listening experience. On the downside, that clarity is detrimental to the more silky music, like JERO’s enka or the work of Mullins and Isaak, where the slight fuzziness on the edges of the Sony earbuds lend to the smouldering tones. Overall, however, the key takeaway here is that across the sound spectrum the GTW 270 is a perfectly competent option… and it has the benefit of working with all those games that you’ll be playing, too.

The other thing that I really enjoyed about the GTW 270 was the form factor. These ear buds are tiny and light as air. Once you find the right rubber tips so that they fit the ears properly, they do a decent job of blocking the world around you out, without being actively noise cancelling. The little case they come in is one of the standard charging cases that premium ear buds come in these days, and that adds abour 20 hours worth of charge to the five hours that the earbuds themselves provide. The earbuds charge quickly, too, taking just over an hour to go from depleted to fully charged. 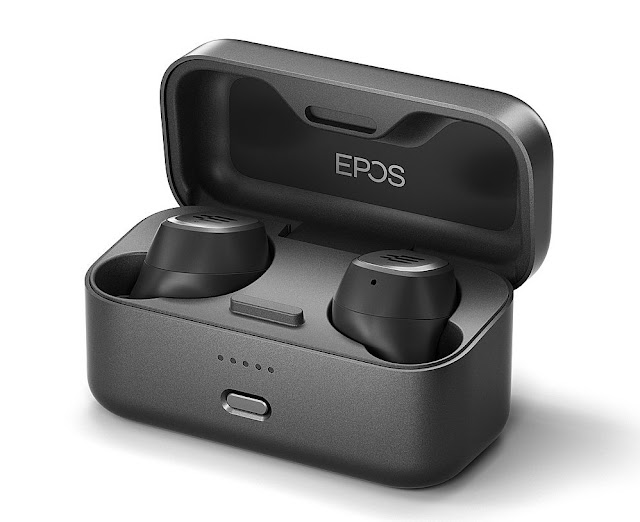 The biggest downside to the GTW 270 is that it is expensive for the sound quality that it offers. The Sony earbuds I mentioned in this review offer an equivalent sound quality for well over $100 off the price tag. At a dollar shy of $Aus350, though, I don’t consider the price of the EPOS GTW 270 Hybrid to be unreasonable. Especially given that it has such a massively expanded range of uses and you’ll find yourself using it as much for gaming, both at home and on the go, as you do for listening to music and your workout soundtrack. That there is a real, meaningful value-add.