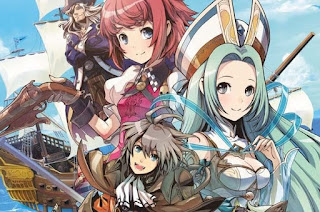 Maverick niche developer, Sting, has been around since 1989, and while it has had its ups and downs, it has been a reliable source of interesting, different games through much of its history. It recently collaborated with Aquaplus for the Utawarerumono games, for example, and we know how good those are. And that’s why we’re quite interested to see this Gloria Union: Twin Fates in Blue Ocean FHD Edition.

It launches in Japan in just a few days, on March 18 (no word on a western release just yet), for the Nintendo Switch, iOS, and Android. It has a bright, colourful aesthetic, and promises some fun tactics gameplay. Note that while it is getting a mobile release, this appears to be a premium game, with an up-front cost, rather than the standard microtransactions nonsense that comes with mobile gaming as standard these days. It was originally a PSP title, and it looks like it’s a proper port, rather than a “modern remake,” in other words.

Who knows if this will ever get a localisation, but I’d certainly be lining up for it if it did.