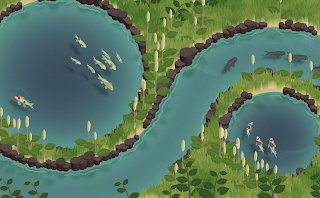 The Chronicler comes to us from a talented indie developer behind a couple of existing titles (Midnight Scenes, The Librarian and The Supper). This is by far the most ambitious project yet, however, being an open-world pixel art RPG. It’s currently in an Alpha state now, so expect plenty of bugs and issues, but people who do buy into it now will get it at a much cheaper price when it goes Early Access on Steam, so it’s worth jumping on board with now.
The full vision for the game is to have over 100 quests to complete, and plenty of gameplay systems including combat, cooking, fishing and exploration. The Itch page description states that it has been inspired by the genre’s greatest, and with it already looking absolutely gorgeous, I’m willing to bet that it has something special going for it. There’s also a free demo for the Alpha, if you still want to try before you buy!
Koi Farm

Now, this is a lovely idea and a half. Koi fish are something near-sacred to the Japanese, and being able to raise the most beautiful fish is an art form that is passed down from generation to generation. Breeding top-quality Koi is big business, too, and I’m actually surprised that it has taken this long for a developer to take a crack at trying to capture the essence of the experience in video game form. 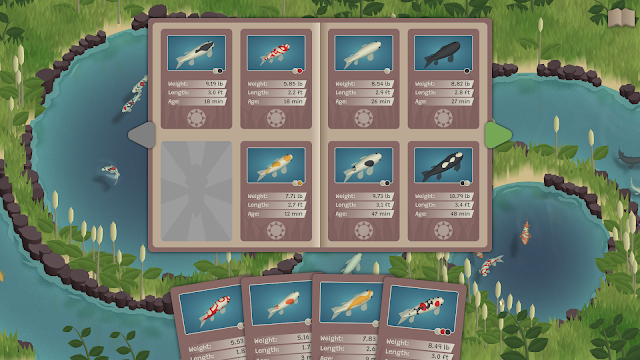 For Koi Farm to work, the game needed to capture the zen-like aesthetics of Koi fish, have a complex breeding system in place that would allow you to come up with interesting and colourful patterns, and then some way to share them. This game does all of that, allowing you to carefully breed up patterns on your fish, and then turn them into “cards” which can be shared with other players and dropped into their games. It’s also, quite simply, a gorgeous game to look at.
Tic-Tac-Crow
Speaking of zen-like experiences… have you ever wanted to play tic-tac-toe with a bird? Well, this game will let you, and it seems like the most charming little thing. It’s an “ambient bird garden simulator,” which means that’s it’s laid-back and chill, and in it, birds fly in, play some tic-tac-toe with you, and then fly back out again. Each bird has its own little personality and quirks, so you can be sure that the goal of this game is to charm you. 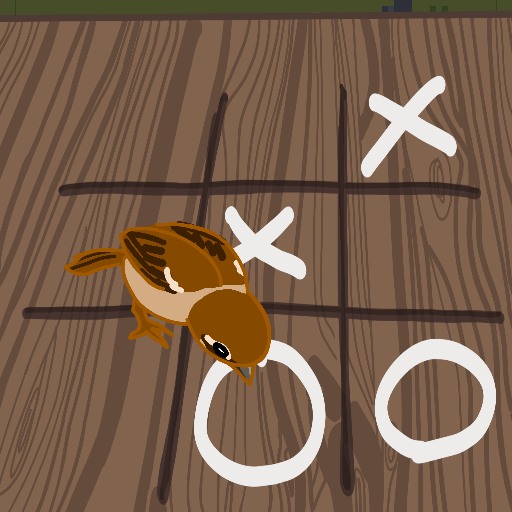 It’s a good roster of birds, too. You’ve got sparrows, crows, pigeons and cockatoos! Cockatoos! Whoever made this must be Australian. Extra points if the cockatoos just totally destroy the board if they lose. We’re also promised that an update will bring a goose opponent.
Honk.
Memories of East Coast
I don’t know if I’m going to be able to play this, as it seems like it’s going to have an emotional sledgehammer impact on me, but if you look at the itch.io page, and see the screenshots, accompanied by the text “a young man named Sam struggles with his memories and living in guilt,” then you’re going to be able to guess what this game is about. With that being said, it does look like a beautiful, personal, potent little game. 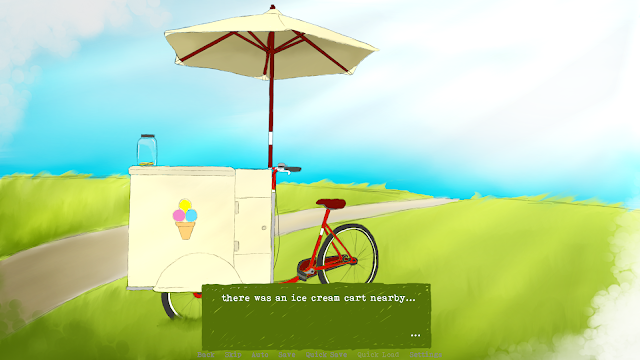 It’s a short (hour-long) visual novel, with no other characters depicted in-game (because it’s about memories, see). The developers are also particularly keen on trumpeting the “lo-fi” music that they’ve designed to help immerse players within the experience. It seems all very nicely-focused, well-considered and soulful, and I very much hope the developers have achieved that. We need more genuine, earnest games like this, telling deeply personal stories.

Story of Seasons: Pioneers of Olive Town – Why I will forever love this series