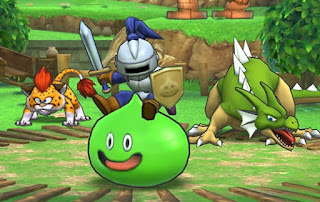 I do try and avoid these mobile gatcha games. After getting lost down the rabbit hole with Fire Emblem Heroes for far too long (Lyn in a wedding dress really… set me off…), I realised I really should avoid these things. It’s not like I have any particular moral issue with them. I’m one of the few that believes that, while gatcha games do need regulation so they don’t exploit those that don’t have the money for them, they’re a perfectly legitimate form of entertainment. After all, I’ve also been playing Magic the Gathering since I was a child, so random “packs” of items don’t bother me.

Related reading: The piece I wrote on Fire Emblem Heroes back when it first launched.

No. I avoid these games simply because I don’t have the time to dedicate to these things that will allow me to get value back out of them for the time and money investment. If you ask me, gacha games like Fire Emblem Heroes and this here Dragon Quest Tact work best when they’re hobbies in their own right. When viewed as an entire hobby in themselves, spending money on them and the rewards that you get back out of them start to make sense. As a casual interest game, though… it’s a lot more difficult of a proposition, as these games are fundamentally endless in scope, and are incredibly slow-going unless you’re willing to commit to them.

And yet, despite myself, as a long-time Dragon Quest fan, I’ve downloaded Dragon Quest Tact… and down the rabbit hole I’ve gone again. 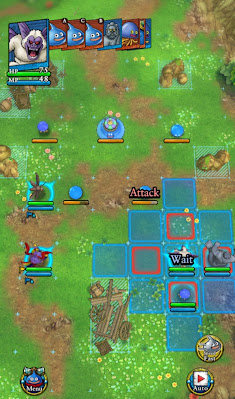 Dragon Quest does have a number of features that makes it ideal for adaptation to a gacha game. For one thing, one of the strengths of the series over all these years has been its wide variety of cute, charming monsters. And “wide variety of X” is always something that you can easily convert into a gacha-style collectible game. That’s exactly what Dragon Quest Tact has done, of course. Your goal is to recruit a wide range of monsters and then battle through endless levels of enemies in small, skirmish-level battles of a few combatants per side. Each monster has a few special abilities to draw on, of course, and is given a ranking from “F” through “A”, with the higher-ranked monsters more powerful (and also harder to get via the gacha system).

This system works just fine in the context of a mobile game, and is really just a variation on the exact kind of combat system of Fire Emblem Heroes. The monsters are nicely drawn and keep their personalities from the main games, and battles are nice and brief, as you’d expect from a mobile game. Really, at this point developers in this space have the formula down to a “T” – they know exactly what works, what doesn’t, and how to get the player base spending without feeling too drained for little gain.

There are, of course, plenty of irritants. It comes with the “genre”. It doesn’t take long to realise that those special “10 pack draws”, which feel so good to open are going to be impossible to fund on any regularity with the kind of rewards earned from in-game play. They’re not strictly necessary to make progress through the game but… you’re going to want the monsters. That’s the whole point of this thing. Likewise, the story does nothing interesting. I understand why mobile developers don’t put much energy into the narrative – it’s “dead time,” in that while people are paying attention to a cut scene or narrative sequence, they’re not in a place where they can spend money – and I know that seconds count here. Nonetheless, Dragon Quest is known for its fun stories, and this is a disappointment. An expected disappointment, but one nonetheless. 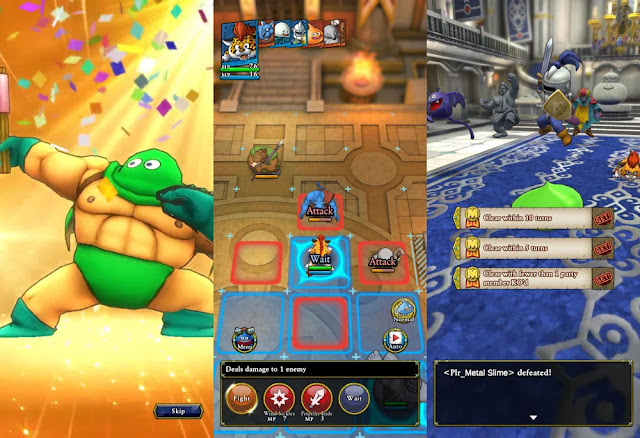 I am reminded of a little DSiWare game that Square Enix produced many years ago for that humble download platform: Dragon Quest Wars. It was a simple little strategy game – almost chess-like in execution – and it was a delight to play, as simple as it was. I’ve been waiting for Square Enix to come up with some kind of new take on that formula ever since. Dragon Quest Tact is, realistically speaking, probably the closest we’re ever going to get to it. It’s such a standard application of the gacha formula that you know from reading this whether you should touch it yourself or not, but I did, and, for now, until I flame out on it, I’m having a genuinely good time with it.