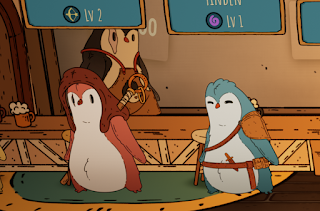 It’s the aesthetics of Bit Bamboo that first caught my eye. As a fan of retro gaming, the simple, early-era art is resonant and appealing. The game itself seems to back that up, being focused on a single task: You’ve got to grow bamboo.

This is a simple simulator, where you need to research new strains of bamboo, take care of the plants by looking after the soil and making sure that there’s enough moisture around, and dealing with the occasional rainstorm. It doesn’t look like this game is aiming to be a complex or challenging experience, but rather get you into a zen-like state of contemplation and taking joy from simply watching your work (the bamboo) grow.
Paper Boats

Speaking of contemplative games, look at this delight of an experience. Paper Boats bills itself as a “small, experimental game about sharing and contemplating. There’s not much to do, no enemies to kill or puzzles to solve. You just look around, interact with the things around you, and take screenshots.” 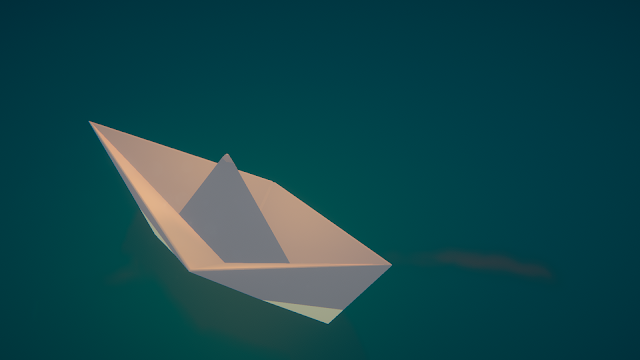 It’s the next part where the real appeal of the game rests, though. Every so often, a little paper boat will come sailing by with a message to you that has been written by a stranger. Then, you can also send on your own messages; communicating without actually knowing who you’re talking to. I like these artsy little games, and the developer isn’t even asking for any money from players – you can name your own price if you want to support it. Based on the comments on the game’s page, there are a fair few people that are connecting to the real world and one another through this highly impersonal but relaxing and meditative virtual world.
Chick ‘n Sword
Sometimes you’re just in the mood for pure nonsense, and Chick ‘n Sword is exactly that kind of game, with a silly premise that’s played to its maximum value. You play as a chicken that has a sword and has skeletons to kill. That’s it. That’s the whole game. You pick up come powerups along the way, but it’s an endless slaughter at the hands of a chicken, and really that’s all a game needs to be sometimes.
Chick ‘n Sword was produced in around 20 hours for a game jam, apparently. Don’t expect it to be overly refined – as you can see in the video above it’s not exactly offering challenging AI or the precision of a Dynasty Warriors game. But it does look like people are having a lot of fun with it, and for the grand price of free, you’re almost guaranteed to get a good laugh out of spending a bit of time with it. If it gets enough attention and support the developer might even work on it further, and I genuinely believe there’s something deeply entertaining about this concept, so I’d love to see a commercial project for it down the track.
Penguin Pub
And last, but certainly not last this week, we have Penguin Pub, a game that is, for some reason, totally free, but I would pay a good deal of money to support it, because it looks like a highly refined and very entertaining little game – and that’s especially impressive since it was made in seven days for a game jam.

In Penguin Pub, you’re running a tavern, and your primary goal is to recruit adventuring parties of hero penguins to send out on quests. If they survive, you profit. At the same time, you’ll need to keep upgrading your tavern to keep the patrons coming in. With a hugely charming art style and a fun concept, this is another game that I would love to see the developers explore with more depth and spin out into a full commercial project. We’ve seen games with this kind of concept do well in the past… but never with penguins.

Persona 5 Strikers: Why I love this game