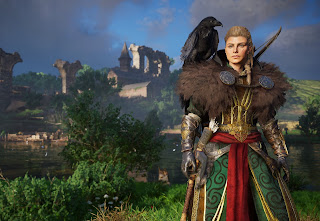 Review by Matt S.
I wish Ubisoft would ditch the open-world nonsense of Assassin’s Creed to focus on what the series does best: historical-based storytelling. Assassin’s Creed Valhalla does a better job of giving us an authentic take on Viking history, lore, and the cultural characterisation than most other games out there. But over and over again it lets the good grind down to into monotony, with a game that is very clearly designed around monetisation rather than artistic integrity.

Related reading: Our review of the previous Assassin’s Creed: Odyssey.
I wasn’t sure about Valhalla stepping into it. I’m familiar enough with the Viking history and lore to know that most popular media doesn’t usually do it right, choosing to present the legends of peerless warriors, frothing at the mouth and fearless in battle, as somehow indicative of the entire culture. At other times the popular media presents them as vile raiders, with the history of the phrase rape and pillage being attributed to the Vikings, even though just about every conquering power and empire, right back to the Romans and earlier, most certainly did that to those they conquered. What I didn’t want was for Ubisoft to portray the sensationalised history of the Vikings, when modern historians very much dispute it, and the Vikings were also known to have peaceful relationships with some cultures (actively trading with Arab peoples, for example), and a remarkable culture that allowed them to colonise places like Greenland, that no one had really tried previously.

Ubisoft impressed me here, with what seems to be a very deliberate effort to push aside the legends and caricatures and try and present a more balanced interpretation of the Vikings – one that recognises the civilized side of them, as well as the games they played, the way they romanced, and their interest in the world around them. More than any other people of the time, the Vikings were seafaring travellers. They established colonies as far as North America. So, when the protagonist’s sworn sibling goes on a breathlessly enthusiastic conversation about the Roman Empire, it’s less surprising that a Viking would be well-travelled and interested in history than it is an example of good, appropriate characterisation. 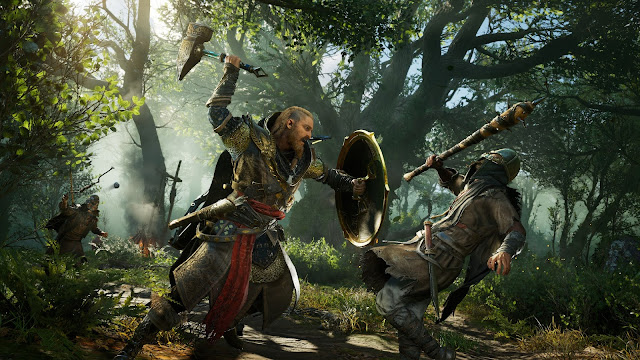 The games that the Vikings played are wonderful, and often rather modern, too. Poetry battles have two players facing off to compete with one another in finishing each other’s improvised poems for across theme, rhythm and tone. The Vikings weren’t overly literate but they had a deep tradition and understanding of the beauty of poetry. Drinking games, meanwhile, make sense in the context of a culture of the frigid north as a way of warming the bones before modern conveniences did that, and there’s a dice game that involves a surprising amount of strategy, as you need to use sword, shield, arrow and helmet icons to injure your opponent while protecting your own health, with a “dice saving” mechanic that is reminiscent of Yahtzee. This little game actually reminded me of the combat in the Amello digital board game, of all things, and I actually thought it was perhaps too modern for the actual Vikings. I assumed that Ubisoft had adapted the dice game in some way to make it more fun as a side-game in a modern open-world game but, no, on research apparently this was very much a thing the Vikings enjoyed playing.

The game also follows the Assassin’s Creed tradition of contextualising the action within the boundaries of real historical events, and letting you interact with people that had a real impact in history. In this case, Valhalla takes place when Harald, who would subsequently become “the first king of Norway” was just beginning his journey. You play as a group of Vikings that are less-than-thrilled about bending the knee, and so shoot off over to England to form a colony and start a nation there. In the process, you’ll come across a bunch of people of historical importance to that part of the world too. As with every other Assassin’s Creed game, Valhalla isn’t a textbook and uses these events to provide authenticity rather than accuracy (and goes wildly off-history with the Assassins-versus-Templars conflict, of course). It’s also filled with references back to Norse mythology (none of which I can go into because they’re where many of the spoilers occur), and those are obviously not based in historical events. But it does its more fantastic elements in such a way that is sensitive, nuanced, and appropriate for storytelling fiction within a historical setting. Or, at least, I believe so. My understanding of the Vikings is relatively modest, but in everything that this game inspired me to study up on, it seems like Ubisoft’s history team did their work well. I’d be very interested in hearing from any historians out there with a specialisation in Viking history for their thoughts once they’re playing the game.

I derived so much enjoyment from the cultural side of Assassin’s Creed Valhalla that I found the combat to be almost secondary to the reasons I was playing, but it’s no slouch itself. It continues to hone that well-established formula at this point, with a wide range of different weapons, each with their own different applications – the flail feels very different to the axe and shield, which in turn feels different to the lumbering, but powerful, two-handed weapons. There’s the same need to focus heavily on the counter-attacks, particularly when surrounded by a mob of enemies, and you’ll want to watch out for the boss’s big attacks and learn how to dodge them first before starting to whittle down their health. 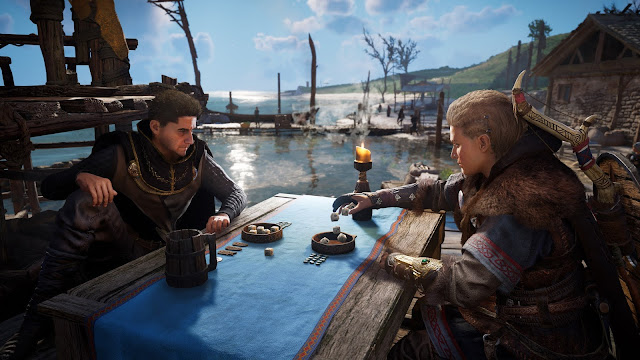 Of course, because we are talking about Vikings here, the raids are a particularly critical part of the combat repertoire, and where just about every Ubisoft game has some variation on the raid, here it’s actually thematically appropriate and interesting. Juggling between different targets, watching out for ranged threats, and quickly rushing across the battlefield to revive a fallen comrade all nail the skirmish aesthetic, which is backed up by the small villages and generally rural backdrops that dominated the period (cities such as London, and York). The moments where you’re scaling walls and dodging hordes of enemies to try and lift a fortification’s gate to let your own forces in in are some of the most exciting, cinematic moments in the series to date. One thing that does seem generally de-emphasised is the stealth, which remains an option in set pieces, but in many cases, the game seems to be balanced around being able to scrape through even if you blow the alarm before assassinating a single opponent, so I often just waded in, axe raised high. Not that there’s anything wrong with that given that we are talking about the notoriously not-stealthy Vikings, it’s just interesting to see where the priorities for the series have shifted over time, and Valhalla is perhaps the strongest statement of intent for Ubisoft’s future vision of the series – and its greatest rejection of the series origins – that we’ve seen to date.
Related reading: My favourite Assassin’s Creed is still Liberation. My review of it on PS3 (also available on Switch and PS4)

While Valhalla looks gorgeous (even on PlayStation 4, which I guess is last-generation hardware now), and plays just as nicely as you’d expect a big-budget blockbuster to (though climbing around the place is perhaps a little too generous and I do miss those times where reaching inaccessible areas was a process and challenge), it’s not perfect, either. The big problem that Valhalla has is that it’s built around its monetisation, and not the other way around. The experience system has never been necessary to Assassin’s Creed, but the effort to turn the series into an RPG is there because that opens up loot and levelling systems that are relatively easily monetised. The world is expansive and full of things to do not because they add to the narrative or world-building, but rather because these big open worlds rely on players all-but living in them to lure them to spend money. And Valhalla can slow down to an absolute crawl at points as a result. This game would have been so compelling as a focused narrative experience. Instead, it is constantly drawing attention to how gamey it is, which detracts from the immersion, the sense of place, and, in the end, my ability to remain interested in the thing at all. 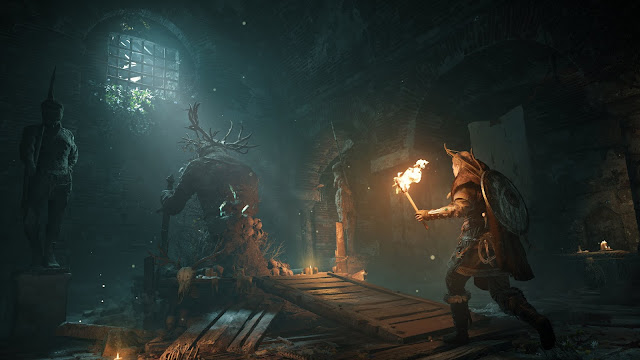 I’m also no fan of the “real world, modern times” nonsense that the Assassin’s Creed series insists on peddling. I know that Ubisoft has worked itself into a hole here where it’s hard for it to decouple the two, but every jump to the modern time and a bunch of characters I just did not care about was wasted time that I’d much rather have spent wandering Norway or England with my Viking hero. In fairness it does seem like Ubisoft itself is less and less interested in that stuff and is now going through the minimum effort motions as someone unwillingly bound to the commitment, but it would be nice for the publisher to take the creative risk and just cut that stuff loose. It really doesn’t add anything of weight to the overall experience.

My criticisms of Assassin’s Creed are nothing unusual for the series, and I’ve always enjoyed the series previously despite its issues. The appeal of each individual game to each person depends greatly in their interest in the location, setting, and period of history that the game depicts, and I’ve got to say that Valhalla, in impressing me with its nuanced depiction of Viking culture and their role in history, has ended up being an Assassin’s Creed that I’ll think I’ll remember fondly across the breadth of the series. That being said, as far as the gameplay is concerned, this series is going nowhere interesting at this point there while there will be more, and I really implore Ubisoft to take a good, hard look at the bloat and consider whether a more streamlined approach that doesn’t get in the way of the best feature (the history and narrative) would not be wiser next time around. 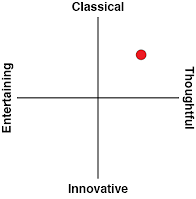