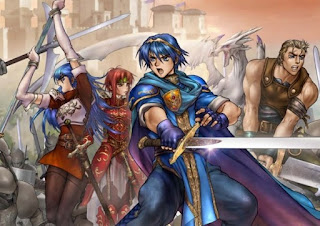 Fire Emblem got a slow start in the western world. It seems hard to believe given how much weight Nintendo puts on it now, but it wasn’t until the Game Boy Advance that we got our first localised Fire Emblem title. There were all these other ones released on NES and SNES that have remained Japanese-only. Thanks to Nintendo, one of those are being remedied now.

On December 4, Nintendo will release a port of the very first Fire Emblem (the one with Marth), Fire Emblem: Shadow Dragon & the Blade of Light. It’ll be cheap ($6 US), and it will only be available until the end of the Fire Emblem series 30th anniversary festivities (March 31, 2021).

Who knows? If this thing goes gangbusters (and I can’t see it not, frankly), then Nintendo might be incentivised to localise all the other Japanese-only titles too. Make a retro compilation of them. That’ll be the best thing of all time. But in the meantime, I can’t wait to finally experience the game that started it all.