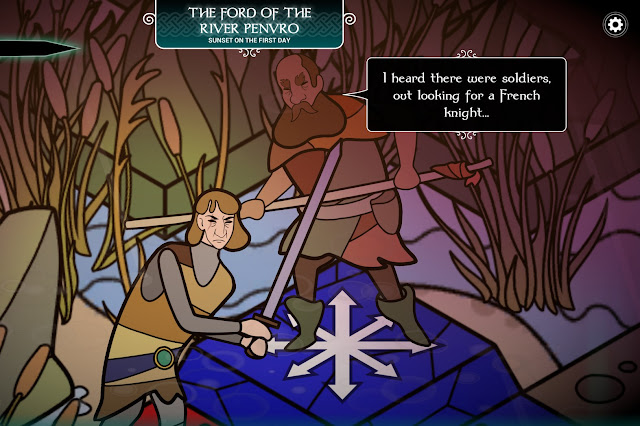 Developer, Inkl, has announced that it will launch Arthurian strategy game, Pendragon, on PC (Steam and GOG) on September 22. Promising to be a heavily narrative-driven take on the knights and legends, the game has a vibrant art style and intriguing premise.

Fight turn-based battles with simple yet deeply strategic combat where position is everything, losses are inevitable, and every step permanently shapes the narrative.

Experience story and gameplay as one: Pendragon’s story plays out on the field of battle itself, driven by your decisions – and those of your enemies.

What really helps this one to stand out, though, is its art style, looking very much like a pop-up book, combined with the kind of tonal approach that artists take to stained glass window design. With what looks like a very dynamic ability to change the narrative based on simple decisions that you make along the way, Pendragon may just become the next FTL or Into The Breach.

No news on a console release just yet. The engine used in the game – the Ink engine – does allow for porting to console, with other games developed on the engine including NeoCab, Sable and Where the Water Tastes Like Wine, but the developer is no doubt looking to gauge performance before considering console ports.

On history, authenticity and social responsibility: Wargaming and World of Tanks