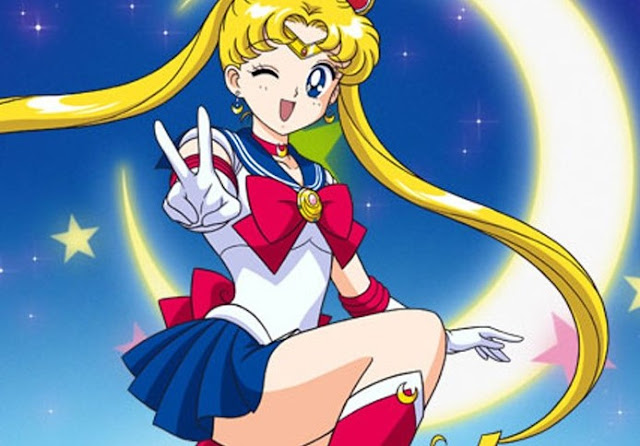 For such a massive media property, Sailor Moon has always been a little quiet on the video game front. I’m not even entirely sure why, since anime and video games tend to go together very well. Perhaps it’s something as silly as Sailor Moon being a property that is meant to be for girls, and games are supposedly meant to be for the boys. Never mind that boys like Sailor Moon, of course, or that girls love playing video games, the industry does make some very silly assumptions like this at times. Whatever the underlying reason, though, the reality is that we really don’t get anywhere near enough Sailor Moon games, particularly considering that the ones that we have had tend to be quite good.

Case-in-point: Bishōjo Senshi Sailor Moon. This was an arcade-style brawler released during the SNES era across both Nintendo and SEGA consoles. Unfortunately, it always had limited distribution outside of Japan (i.e. I don’t think it was ever released in Australia), and was a little polarising in the reviews on release, as brawlers almost always are on account of their simplicity as games. However, while it might not be quite up to the standards of the classics of the genre (it’s a little hard to top Teenage Mutant Ninja Turtles or The Simpsons), Bishōjo Senshi Sailor Moon is a game that I’ve found myself playing quite a lot on my arcade table of late, and the reason is quite simple; it’s still quite excellent, and it’s a wonderful take on the whole Sailor Moon mythos. Additionally, I do believe that the passage of time has been quite fair to the game and it’s more fondly remembered these days.

You pick from one of the Sailor Guardian girls that make up the team from the anime, and then participate in a standard-type side-scrolling brawler against waves of enemies. This is a genre that is generally dead in the modern era, but for those of us that grew up with the likes of Dungeons & Dragons, Double Dragon, TMNT and Simpsons in the arcades there’s a warm familiarity about the simplicity of the brawler, where characters had a limited few attacks and the main challenge was avoiding being surrounded by the enemies (because if they did circle around you the lack of defensive options sure did lead to your health evaporating fast). You just switch off the brain and beat down on some enemies in Bishōjo Senshi Sailor Moon, and it’s cathartic after playing one too many of the overly complex or challenging action games that are the norm now. After a while of ploughing through peons in control of your Sailor Guardian, you’d get up to the boss. There, everyone’s favourite waste of space, Tuxedo Mask, would turn up and be as marginally useful as he ever is before disappearing off again, and then you’d get to fight the boss before moving on to the next stage. Rinse and repeat for an hour or so and the game was done.


Bishōjo Senshi Sailor Moon wasn’t as difficult as some of the other brawlers out there, and was a little less precise with the impacts and enemy patterns. That has just made it more accessible, however, and it’s a hidden strength of the game, as it lets you focus on the personality and presentation, both of which are gorgeous. The character sprites are excellent, and backgrounds are an eclectic mix of cityscapes, castles in the sky, giant tables of cakes and chocolates(!) and fairgrounds. The range of enemies is a little limited, but the attack patterns mean that the waves that they come in have variety. Each of the Sailor Guardians has their own special attacks, too, giving you a good reason to pick your favourite. Looking back at some of the more negative review scores today, I don’t understand it. This game is a cookie-cutter application of the genre, perhaps, but it does it just fine, and it’s Sailor Moon, damnit.

Sadly, while Bishoujo Senshi Sailor Moon did drum up enough interest to secure a sequel, there aren’t that many other Sailor Moon games beyond the brawler miniseries. There’s some handheld platformer/brawlers, which, given that they were released on the Game Boy and Game Gear, they are as primitive as you imagine. On the more positive side, there was one other shining light; the Sailor Moon RPG. Called Bishōjo Senshi Sailor Moon: Another Story, it was also released on SNES, and unlike the brawler, this one is almost universally regarded as a genuine highlight for the console. It’s a turn-based RPG thing that looks heavily inspired by Final Fantasy, but again made accessible with a broader audience. Tragically, however, this one was never released outside of Japan, and while there is a fan translation available for it, this is one of those games that desperately needs a Moon or Trials of Mana-like “rediscovery” and re-release on modern consoles.

Then there was Pretty Soldier Sailor Moon, which was an actual arcade game which had much higher-quality graphics and sprites than the console brawlers, but lost a little charm in the process. Otherwise there was a match-3 thing at one point, and a fighting game developed for the failed 3DO console. The weight of all these games in combination is not much for an anime and manga property of the global weight and enduring popularity of Sailor Moon, and certainly, in recent years there seems to have been no interest whatsoever in producing a new Sailor Moon game.

Sailor Moon has all the elements that it needs to be a versatile video game property, too. With the healthily-sized cast that it has, it could work as an RPG or modern brawler in the vein of the Koei Tecmo Warriors series (actually… I really want a Sailor Moon Musou, now). We’ve seen the likes of SEGA, Koei Tecmo and Bandai Namco do excellent work in bringing other classic anime into video games as everything from fighting titles to Yakuza-like open world JRPGs, and it feels like Sailor Moon could be easily copy/pasted into any of those engines. But Sailor Moon isn’t an inherently bloodthirsty or violent property either, as many anime/manga “aimed at boys” are, so this hypothetical new Sailor Moon game wouldn’t need to be an action thing at all. Visual novels, rhythm games, platformers, adventure titles and more could work with the way that Sailor Moon works. They could even do a beach volleyball… (yes, yes, I know Sailor Moon is actually wholesome and pure, don’t start on me).

Point is, that in playing Bishōjo Senshi Sailor Moon quite a bit in recent weeks I’ve come to the realisation that we are due a new run at video games for Sailor Moon. If nothing else, that myth about the demographics of people that play games should have been resoundingly dealt with by now, and surely – surely! – developers understand that the target demographics for the Sailor Moon property do play games… and would probably appreciate the chance to step into the shoes of their favourite Sailor Guardian.