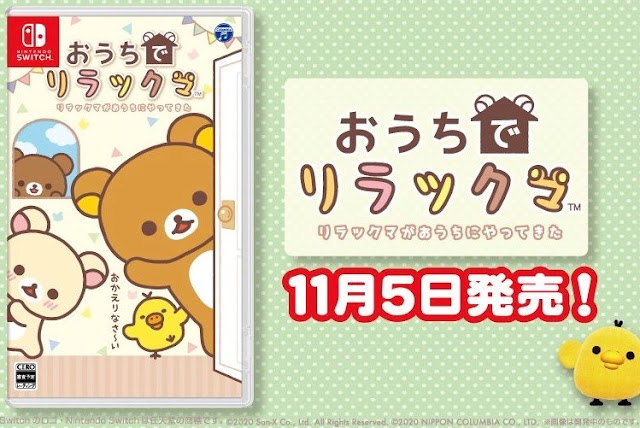 If you’ve somehow missed the phenomenon that is Rilakkuma so far, then you need to do yourself a favour and watch Rilakkuma and Kaoru on Netflix. Get to it, STAT. Then drop back here and join me in getting excited for Ouchi de Rilakkuma: Rilakkuma ga Ouchi ni Yatte Kita. It’s a game coming out on Nintendo Switch in Japan on November 5.

Do we know anything about the game just yet? Nope. There’s a teaser website and that’s it. It’s adorable though. Does it have a western release? Not yet, though hopefully that Netflix show did enough to get this one some kind of publisher interest in the west. Do we want it, no matter what it turns out to be? You absolutely betya.

Now, just to cap off a great bit of news, enjoy Rilakkuma and friends doing a Hawaiian dance number. If this doesn’t put you in a good mood, nothing will.