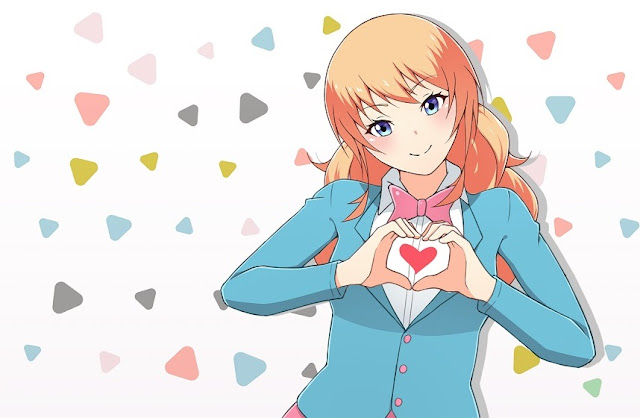 Sade will also feature five characters, including two that we’ve not met in previous VNs yet. So, over the next couple of weeks, to get you all acquainted with the “Dee Dee crew”, I’m going to write short little profiles of each character. This week we’re taking a look at Lorin, who, like with Nettie you would have met in the second volume of the series. She also appeared as the “main girl” in the third in the series, Summer Loop.

Lorin is a bit of an exhibitionist. She dresses provocatively to grab people’s attention, and really enjoys creating a scene. She does this because she enjoys being subversive and transgressive, though. She’s also an arts major and particularly successful within the fields of philosophy and music. With Lo, everything is deliberate and considered.

She joins the group as one of Dee Dee’s closest and longest friends, after the two met some years ago at dance classes. At the onset of Sade, though, Lorin’s business work schedule has pulled her away from the group a little, and she’s very much looking forward to the opportunity to get back together with everyone and catch up. 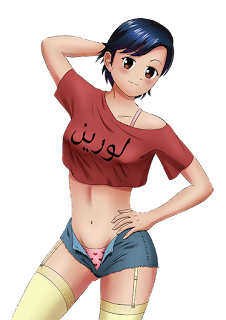 One major difference between Lo and Dee Dee (and Nettie) is that where Dee Dee and Nettie like playing with innuendos and teasing, Lo’s a straight-talker. She’ll say what’s on her mind with no fuss nor a soft touch. At times she can come across as harsh, and even cruel. But she has a heart of gold, cares deeply about her friends, and has all the time in the world for those she cares about.

If you’re keen on getting to know Lorin before Sade rolls around, you can grab the previous visual novels on Itch.io. If you support DDNet on Patreon, you will also get the VNs free, with even a $1/month pledge… and you’ll get additional insights information, and sneak peeks that only members can access. For example, the regular updates on the Patreon page that are exclusive to backers include art that hasn’t been previously seen. What’s more, later on this month, Patreon backers will gain access to a special (and exclusive) “teaser demo” of Sade, which will allow you to play through the first chapter of the overall game.