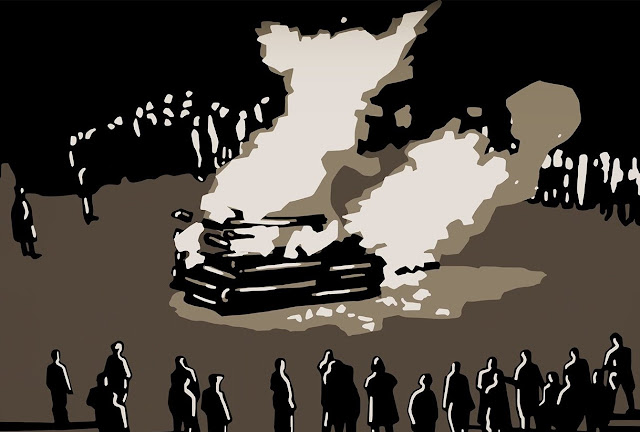 Through the Darkest of Times is a critically important game that is so relevant and poignant today and we should all play it (and then be terrified by its implications). It’s the kind of game that belongs in schools and museums because the points its making are overt, clear, brilliantly articulated and potent. Unfortunately, at some point the developers decided to gamify the rise of Hitler, and while they’ve done that for the right reasons, they’ve also undermined their own point in doing so.

Through the Darkest of Times tells the story of a group of resistance fighters through the rise of Adolf Hitler and subsequent terror that he inflicted on the population. For a bit of historical context, most people today believe that Hitler came to power via some kind of military coup or another such “overnight takeover”. They believe that because the history books and popular culture depictions of Hitler only ever allow him to be portrayed as and monstrous boogeyman and “end boss” bad guy, and so most people are worryingly ignorant about what actually happened. But, no, Hitler didn’t find himself as the leader of Germany like that.

What Hitler did was galvanise the right-wing, nationalist movements within Germany against an ethnic and religious minority. He also successfuly demonised the left-wing, which was interested in global participation and engagement. He was able to reach a lot of these right-wing nationalists because Germany was still suffering from being an empire and global power on the wane, having lost World War 1, and the incumbent power structure (white, lower and middle class) were feeling particularly squeezed. And so, by making an enemy of the communists, Jewish, Romani, disabled, and LGBT, Hitler was able to subvert the democratic process within Germany, turn the right-wing nationalists militant, and the rest, as they say, is history. 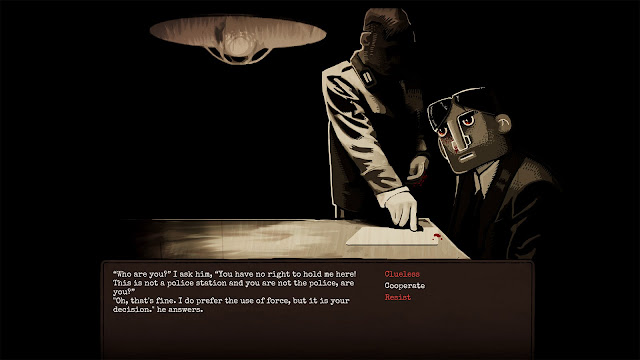 (And yes, if all of that sounds terrifyingly familiar to you, it should. Just be glad that a certain world leader today lacks the same intellect and potency as Hitler had).

So, to get back to Through the Darkest of Times, you play as a group fighting against all of that. You do that by trying to keep the grassroots and working-class motivated in resistance and providing you financial donations, recruit more people to directly support your cause, engage in anti-regime propaganda, and sabotage the fascist movement wherever you can, all while trying to remain hidden from the swelling police force and the informant network working for the fascists. Every “turn” you can set your informants out to attempt missions (either individually or as teams), where they will need to use the paltry resources that you accumulate to try and do something.

It’s a constant fight of attrition and, indeed, Through the Darkest of Times is meant to feel futile because, of course, historically there was no happy ending for anyone that stood in opposition to Hitler. There’s a “morale” bar that decreases with every “turn”, and while you can do some things to mitigate against the decline, growing morale is almost impossible. Once the bar runs out, it’s game over. On top of that, you’ll have to constantly refocus your energies on just about anything but managing the declining morale of the movement, ranging from recruiting new people as others get disappeared, dealing with the egos within the group (communists and social democrats still manage to infight even with Hitler himself as a common enemy, perfectly summarising the left’s ability to destroy itself even when in an alliance against the greatest of causes), and gathering scraps because the donated funds have run completely dry. Through the Darkest of Times is a resource management strategy game, but it’s really a story of futilely trying to hold back the tide. 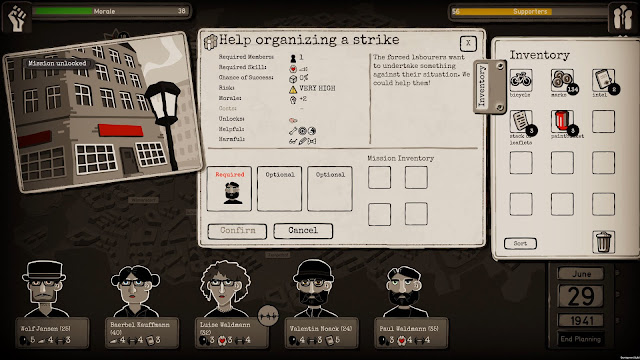 Dropped in along the way are little stories, ranging from the grandest of events of the time (i.e. the Reichstag fire), through to incidental moments, such as when you have the opportunity to stand up for a Jewish man beset on by a group of brownshirts. These are the moments where Through the Darkest of Times does its best work, by using a combination of shocking imagery including depictions of brutality and liberal use of the swastika – which in video games is actually pretty affecting as its a symbol that’s generally censored, even from games from the era depicting the Germans. These stories are the moments where you can get a taste of the abject misery and terror that beset the population… and the way that it was able to happen from right under the noses of a population that otherwise had no idea what was otherwise happening around them.

Unfortunately, Through the Darkest of Times also tries too hard to be a conventional game, and when it does its strategy and resource management bits, it becomes far too abstract to be emotive. The moments where you start making decisions based on arbitrary datasets and character statistics (for example, you’ll send certain members off on specific missions because their statistics tell you they’re better at those missions), are moments where you’re allowed to step back and see Nazi Germany as a dry opponent in a battle of wits between yourself and its game systems.

It’s a bad move. There are two things that people need to understand about Nazi Germany in 2020 – how it happened, and what it actually felt like to be there. “Goodies vs baddies” power fantasies (as is common for video games) and dry hypotheticals where you get a chance to try and form an organised resistance against Hitler (no matter how uphill the difficulty setting) are not in service of this need. The writing in Through the Darkest of Times is evocative, powerful and poignant. Too often it’s undermined by the game also having systems that contain the same kind of resource juggling and time management that we see in anime dating sims.

The critic purchased a copy of this game.

The most memorable games of the generation: Part 2

Preview: Ary and the Secret of the Seasons (PC)