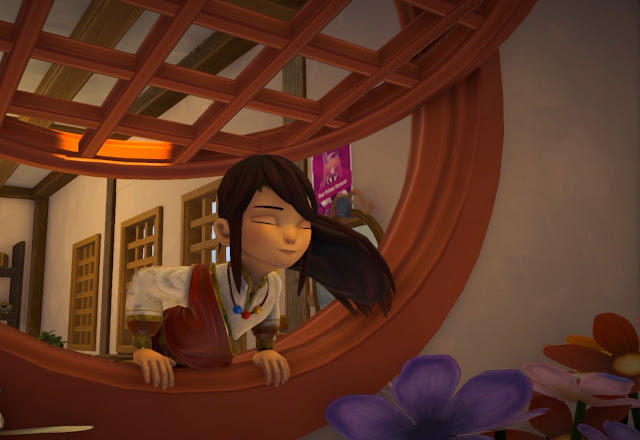 The most immediately striking thing about Ary and the Secret of the Seasons is the quality of the animation. I’m not just talking about the specific details of how character models are put into motion, but “animation” in the bigger-picture sense: how characters’ movements and expressions, timing, framing, voice performances, and camera work all come together to convey whatever emotion the scene in question needs to convey. The creators of Ary and the Secret of the Seasons have this down flawlessly—to the point that the cutscenes, and the opening one in particular, could just as well be part of a Pixar film.

Which is another way of saying this game is a delivery mechanism for pure joy. In that opening sequence, we see the young Ary in her bedroom, playing out a grand adventure with an assortment of toys. With tabletop minifigures, dinosaur plushies, and Ary’s own cardboard creations, she gets to cast herself as a hero fighting off the Evil Horde alongside her beloved knight. With that pitch perfect sense of animation, it’s a scene that would take a particularly cold heart to walk away from without grinning from ear to ear.

Even in the space of a couple of hours with a preview build, Ary and the Secret of the Seasons managed to evoke that same reaction from me again and again. Cutscenes are obviously where it’s most apparent, but this mood carries through in all the little details and animations, too—a character sticking out her arms to keep her balance while running downhill sounds like the most mundane thing in the world, but the team behind Ary managed to fill something as pedestrian as that with joy. 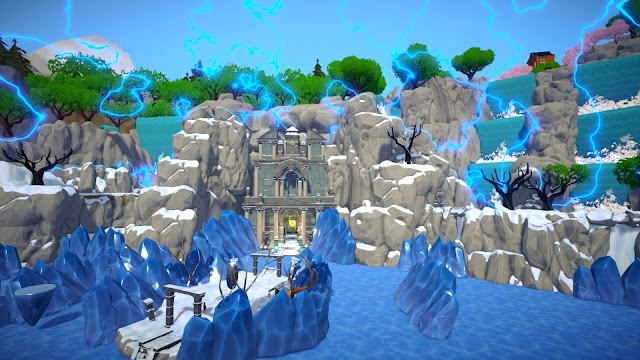 That sets a good tone for what’s to follow: a fun-filled adventure about a girl’s journey to save the world, and in the process prove her worth to a world that doesn’t quite want to accept the notion that girls can be heroes. It’s a familiar premise, certainly, but one that Ary and the Secret of the Seasons’ opening hours sets up beautifully.

Much of this will play out through a familiar action-adventure setup: a bright, colourful fantasy world, full of monsters that are equal parts cute and imposing, with dungeons to explore, puzzles to overcome, and treasure to find.

The unique twist in Ary and the Secret of the Seasons comes from Ary’s role as one of the guardians of the seasons, and with it, the power to control said seasons. At the press of a button, you can summon an orb of atmospheric energy, changing the season for everything inside. Call down a ball of winter across a flowing river, and suddenly you’ve got a patch of ice you can use to safely cross without getting swept away. 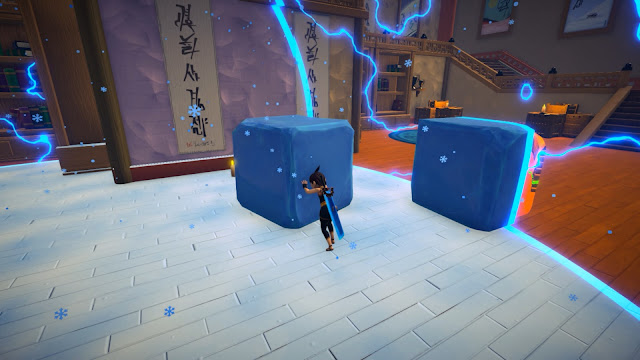 The normal range of these seasonal effects is small, but you’ll also find special stones throughout the game covered in magical markings. Summon a weather orb next to one of these, and it’ll increase the range of effects dramatically—what would normally be a sphere a couple of metres across can suddenly fill a whole room.

The obvious purpose of these stones is to be pieces of the various puzzles that the game throws at you—figuring out how to combine your powers with the placement of the stones is the main way of progressing through dungeons. But they also double as helpful waypoints, providing some sense of direction to a game system that would otherwise be open-ended to the point of frustration. When you can drop a seasonal orb anywhere, it becomes that much harder to identify the right place to do so, especially when you factor in the likely possibility of things that look like solutions but aren’t really. Ary’s magical stones are a neat, elegant solution that really allows the strength of this concept to shine through.

Between its joyful tone, stunning animation, and clever twist on the classic action-adventure setup, Ary and the Secret of the Seasons is shaping up to be a delightful adventure. I can’t wait to see what else Ary gets up to when the full game comes out.

Review: Through the Darkest of Times (Nintendo Switch)