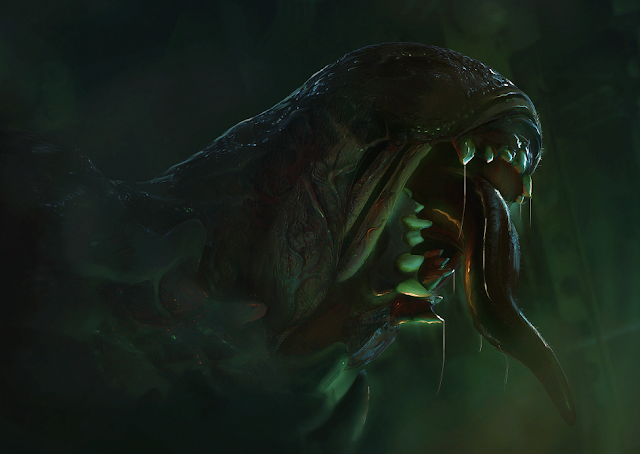 We’ve seen a surge of horror-themed multiplayer games, in which one person plays as the monster, and the others scramble to avoid becoming its prey. Friday the 13th, Dead by Daylight, Dusk, Predator and others have all tried their hand at the tricky balance between monster and those arrayed against it.

Team Junkfish has stepped up to try its hand at the genre. Monstrum 2 is promising creepy monsters, procedural level design, and a tantalising combination of stealth and fast action. We had the opportunity to drop the founder of Team Junkfish, Adam Dart, some questions about what they’re looking to achieve with the game, and some of their philosophies toward horror.

Matt S: What is “horror” to you, and what is it about horror that you’ve tried to capture within Monstrum 2?
Adam D: I don’t think that there’s one type of horror. Our fears can range from anything as simple as jumpscares to something more psychological or existential; the range of horror that can be explored is incredibly wide and different for everybody. I’m hoping that with Monstrum 2, we can explore a different element of horror with each Monster; from the fear of something with overwhelming power steamrolling you, like the Brute, to the tension and paranoia of something that may be in the shadows ready to pounce, like the Bhagra. Some elements are of course more difficult to tackle than others within asymmetric multiplayer, but we’ve got a lot of ideas for other elements of horror we’d like to explore down the line.

Matt S: When I think about horror, I think about a carefully constructed experience in which everything, from pacing to narrative to aesthetics need to be carefully constructed to build atmosphere and intensity. How does the random nature of procedural environments gel with the challenge of building that horror atmosphere?
Adam D: A tense atmosphere is created by a sense of the unexpected. With a controlled single player horror experience, it’s difficult to get scared the second time around when you know where and when everything is.


Monstrum 2 features a labyrinthian environment that is easy to get lost in, so players are often forced to rely on sound to detect enemies, something that was critical to the experience in Monstrum 1. Not every monster is going to be loud and obvious, so the process of discovering what you are up against often begins with detecting a strange light or listening out for scrabbling noises in the dark. By the time you see your enemy, it may be too late.

We’re actually relying on procedural-generation to keep players constantly guessing what lies around the next corner.

Matt S: I find that the behaviour of other players online rarely supports an atmosphere of horror – I think of the likes of Hunt: Showdown, Dead by Daylight and the Friday the 13th game, and all of these are great fun, but lack a true sense of horror beyond superficial aesthetics. Do you think Monstrum has circumvented this challenge? If so, how?
Adam D: We can’t strictly avoid players playing in a way that breaks immersion as there’s always going to be players that try and break the game or just want to mess around with their friends. What we have done in Monstrum 2 is encourage them to play a certain way through the way we implement monster mechanics and the levels. Players are rewarded when they play in ways appropriate to each species; for example, getting a speed buff when crawling and ambushing from above, or creating shortcuts by smashing through walls.

Matt S: Where did you draw your monster designs from – were there any particular influences?
Adam D: Many of the monster designs in both Monstrum 1 and 2 are loosely based on unsettling and strange things that can be found at sea, keeping with an ocean-based theme. It could be the supernatural and Lovecraftian nature of various amphibians that inspire our teleporting “Malacosm” (coming soon), or the underwater vents and fissures of submarine volcanoes that inspire our iconic Brute character. We also combine those influences with the main mechanics of what we want the monster to have before we settle with the final design. 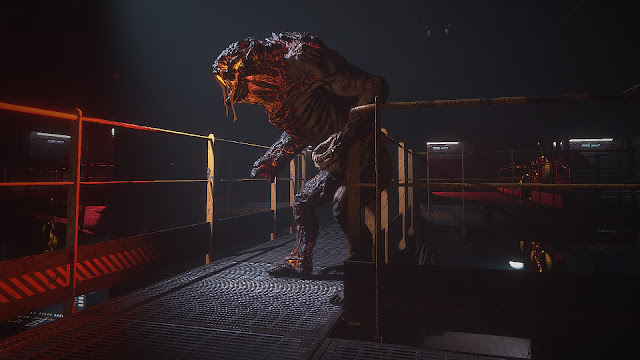 Matt S: Finally, there are a few of these asymmetric multiplayer games out there now with a horror theme. What audience are you trying to reach with Monstrum 2, and what points of differentiation do you offer over some of the others?
Adam D: Besides existing fans of Monstrum 1, it’s inevitable that a portion of the audience will overlap with that of other asymmetric horror games like Dead by Daylight and Friday the 13th. However, one key differentiation within Monstrum 2 is how we approached our level design.

With Monstrum 2, the sea fortress you’re exploring is a vast multi-level compound broken into different stages with multi-phase puzzles, interactive elements, and obstacles for players to overcome. Objectives also change as prisoners get closer to escaping. Each monster has distinct mechanics that encourage them to treat the environment differently, and items scavenged by prisoners have a substantial effect on the team dynamics and how they proceed through the match.

We believe this approach to level design encourages more tactical gameplay and adds depth and immersion into the gameplay.

Monstrum releases later this year on PC, and will then release on PlayStation 4, PlayStation 5, Xbox One and Xbox Series X.

Ever wanted to make your own Game Boy game?