Launched in Japan two weeks ago, the Mega Mix Encore Pack for Hatsune Miku: Project DIVA Future Tone is now available in the West for $14.99 USD. Sega touts this Miku game as the most comprehensive to date, and it’s just gotten even bigger. It includes bug fixes, ten new tracks, and more. 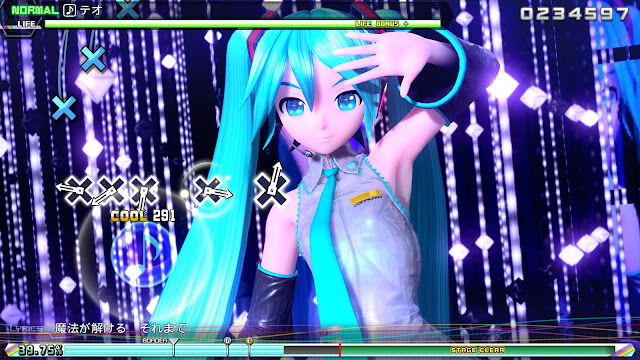 The other part of the DLC worth highlighting is the added “Extra Extreme” difficulty to ten songs, from two different DLC packs. Songs with the Extra Extreme difficulty from the Future Sound DLC include VOC@LOID in Love, Tell Your World, Ashes to Ashes, Puzzle, Hello, Worker, Fire◎Flower, moon, and Luka Luka Night Fever. Songs from the Colourful Tone DLC include Wolf Girl, Perico Space Shipper, Mellow Yellow, and Yumeyume.

NieR Re[in]carnation is an upcoming game for smartphones from the same people that brought us the original series, including Yoko Taro as creative director. Square Enix has announced that it will host a closed beta for iOS and Android in Japan from July 29 to August 5. Oh, and there’s a new trailer!

Registration is open now until the end of July 26 (23:59 JST). But if you’re interested, you may need luck on your side instead of speed, as only 20,000 applicants will be accepted (10,000 for each OS). If more than that apply, chosen participants will be determined by lottery.

NieR Re[in]carnation, the Girl in White wakes up on the cold stone floor of a vast space with rows of towering structures called the “Cage.” She dons a choker and bandages. She begins to walk, guided by a mysterious creature who identifies as Mama. Mama seems to know an awful lot about the Cage, but she also likes to take time to enjoy the scenery or mess with decorations. The Cage is most definitely not a nice place, as there is a Dark Monster that wanders around, appearing silently as a knight in armour. Nobody knows its objective, but something is definitely in the works.

This story seems backwards from all the Japanese games we cover: originally launched on the Xbox One (of all consoles) about a month ago, Yomi wo Saku Hana is ready for releases on both PlayStation 4 and Nintendo Switch. 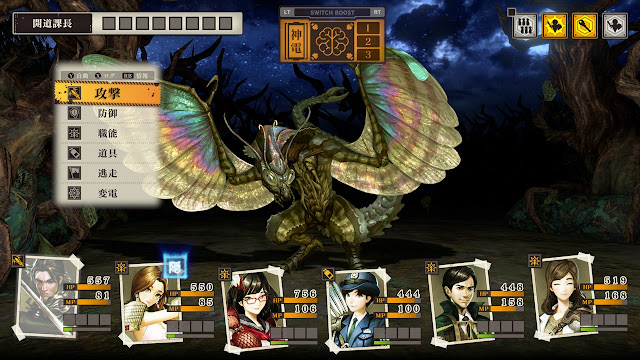 Best described as a dungeon RPG, Yomi wo Saku Hana is set in a fictional 1970-1980s Tokyo. It has the player become an employee of a company that managers illegal underground miners. The Mad King will trap you and your employees in a labyrinth inhabited by monsters, something the country has been trying to cover up by threatening those in the know, or by going so far as to alter their memories.

Yomi wo Saku Hana will be available both physically and digitally for both consoles, and all four versions will launch on October 15 in Japan for 8,580 yen. The early bird gets the worm, too, as those who buy it early enough will get the Gakuen Dungeon RPG Series Portrait Set, which includes portraits illustrated by Kazuhiro Oya.

Here’s the new trailer for Little Witch In The Woods

I am seriously in love with the charming witch life fantasy RPG Little Witch In The Woods, and am thrilled to share that there’s a new trailer available for the title! It is due on for PC via Steam next year, possibly followed up by PlayStation 4 and Nintendo Switch launches. Here’s the trailer:

Ellie is set to graduate witch school, but first she needs to work as an apprentice at a witch’s house. When she arrives, she finds a worn-out house in a village lacking any sort of significant population. It’s now up to Ellie to get the grades she needs to graduate, but of course there’s far more than grades involved.

Little Witch In The Woods is set in a fantasy world, with a unique ecosystem to connect with. There are loads of different places to explore around the village. Ellie will need to collect ingredients and then process them into potions to be used in a variety of ways. The village may start as small, but with Ellie’s help expansion is a definite possibility. She’ll even meet her lifelong partner, although it may not be human.