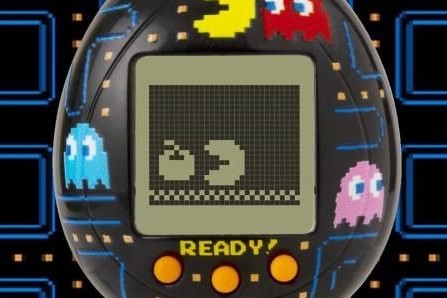 I remember when Tamogochi first burst on the scene, many, many years ago now. They were the most simple of simple games, even compared to the likes of Game & Watch; you’d feed a critter that was rendered on a display of just 16×32 pixels, clean up after it, and play little games with it. The devices came with a clock that meant you needed to do these things periodically or the critters would “run away” or “die”… and that was it. The idea was that you’d carry the tiny little device that housed your Tamagotchi with you everywhere, and while you need to constantly check in on it, you’d only need to look at the actual screen for a minute or two across the entire day.

Because the critters were so overtly cute and the device could be effortlessly tied to a backpack, wallet or purse, Tamagotchi exploded in popularity as a thing to do. I mean, back then what else were you going to do when out and about… read a newspaper? Or – gasp! – a book? Of course Tamagotchi was big. There were endless knock-offs, too, and then there were adjacent products that tried to add more gameplay for the serious gamers – think the likes of Digimon. You know all these little portable electronic toys were big because they were eventually banned from schools for being too distracting, and there was a time where just about everyone seemed to have one of these “pets”.

Like many fads, they faded soon enough. I never bought another one after my first, because I had a particularly traumatic knock-off. The “Tamagotchi” that I had never went to sleep, and so needed constant maintenance, else it could die. I remember actually setting up alarms so I would get up at all hours to look after this thing over a summer holiday, only for it to eventually die at 15 or so days, leaving me rather exhausted and pretty miserable. In hindsight, it was a stupid thing to get so committed to, but I’ve always been an empathetic-orientated person and I wasn’t going to let my little digital pet get sick. I only found out much later on that proper Tamogochi were designed to allow kids to sleep and weren’t so heavy on the gamification of death, but that was years later and I assumed that I would never get invested again. It seems I was wrong about that. 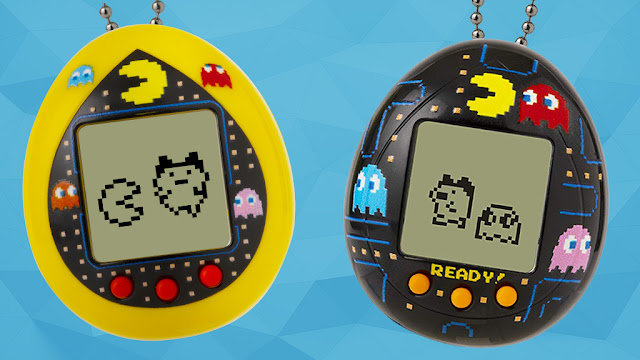 Though they faded as most fads do, Tamagotchi never actually went away. Particularly in Japan, successive generations have become incredibly collectible and there’s a vibrant community that has built up around them. Now Tamagotchi are a specific kind of hobby that has settled into a rhythm with a core fan base and some little innovations along the way that helped to ensure an audience that persists to this day.

And for some reason, which I’m sure I’m destined to regret down the track, I bought myself one recently. Celebrating Pac-Man’s 40th anniversary, Bandai Namco has released a licensed Tamogochi Nano (one of the more popular “generations” of the series). The appeal of it for me is that it came with a nice rubber Pac-Man case to hold the device in, and I’m a bit of a sucker for Pac-Man. But I’ve also found myself weirdly invested in my little critter all over again.

Tamagotchi – Pac Man edition has some simple Pac-Man theming thrown in. For example, at regular intervals, one of the ghosts will show up to chase your critter around, and if you don’t call on Pac-Man in time to come and chase the ghost away, the Tamagotchi will die (you have plenty of time to do this, mind). The two mini-games are also themed on Pac-Man, with a need to direct Pac-Man to eat pellets and fruit while avoiding ghosts. These are both incredibly simple in comparison to even standard Pac-Man, but it suits the theme. Do really well in the mini-games and you’ll even get a replay of the “story cut-scene” from the classic Pac-Man arcade game. And, as a treat, you can feed your Tamagotchi the cherries from Pac-Man.

That’s all there is to this little device, and yet I do find myself fully engaged. During the day my little critter skips and dances around the screen happily, and the Pac-Man case has a flat bottom so I can sit it at my desk at an angle when I can keep an eye on it for when those pesky ghosts show up. Though watching the critter running away from the ghosts is adorable all into itself. I can press a single button and see my critter’s mood and when it’s happy it is so happy, it’s adorable.

The thing is, as someone who is older now, and generally much more time-poor, Tamagotchi have actually taken on a new resonance and appeal. They offer that precious micro-break at various points through the day that is helping me to refresh and refocus – the equivalent of getting up to make a fresh pot of coffee, only it’s a moment of micro-entertainment that I find is actually more beneficial as a mental re-centring. Tamagotchi are a gamified process that are not time-consuming and don’t require that I sit down to it as a game. Basically, these little toys offer much the same hyper-casual appeal as something like Animal Crossing, just with none of the time commitment.

And now I find myself eying off the newer model Tamagotchi. Oh lord just what rabbit hole is this to disappear down…

Why do a real-time “battle royale” Worms? Why? WHY?