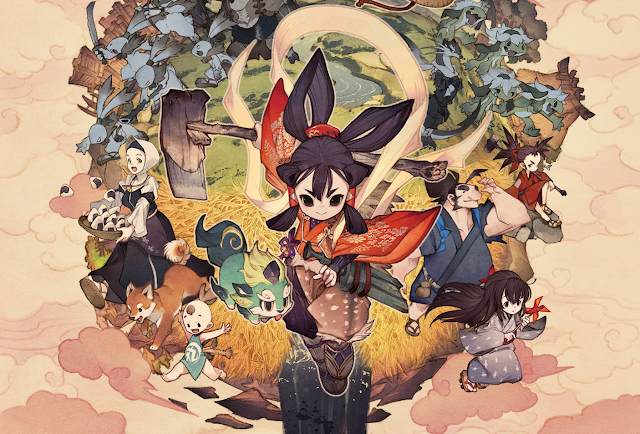 Phew, it’s good to know that this game is getting a local release. Sakuna: Of Rice and Rain is a really (really) good looking game on the way for Nintendo Switch and PlayStation 4. Now, thanks to the good folk at Marvelous Europe, we can confirm that it will get a release in Europe and Australia on November 20.

This is a side-scrolling platforming action game, but one of the most beautiful we’ve seen this side of Vanillaware’s work. As per the press release: Players take on the role of Sakuna, a spoiled harvest goddess banished to a dangerous island with a group of outcast humans. As she explores the beautiful yet forbidding environments of the island, she will also find a home in a mountain village, proving herself worthy of her title by harvesting rice and bettering the lives of humanity.

As you can see it’s very Japanese in tone, and you’re actually playing as one of the kami (gods) of Japanese folklore. You’ll get to fight plenty of the oni (demons) and we’re promised a blend of familiar faces and all-new creations for the purposes of this game.

The game was previously announced to be having a release on PS4 and Switch in America on November 10, and the PC release of the game will line up with that US release. So we do have to wait a little over a week longer for it… but it will almost certainly be worth it.