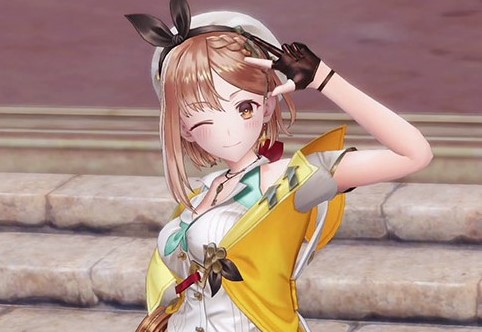 For a short, 10-minute Nintendo Direct, there was a lot of great information revealed about upcoming projects. The Japanese version of the Direct had the best bit of news though; the next Atelier game will be a direct sequel to Atelier Ryza! And what’s more it’s getting a release in just a few months – winter (summer for Aussies) worldwide!

We already effectively knew this was coming thanks to an Australian Classification Board leak, but it’s nice to have it confirmed, and to see it in action. It’s rare for Gust to do direct sequels to Atelier – generally the team there prefer to bring previous characters into a new game with a new protagonist, but given that Ryza was a runaway success for the series, this decision isn’t surprising on any level.

Ryza’s looking as… well stacked as ever, and the game generally does look like a step up from its predecessor in terms of the level of detail in environments and flashy combat moves. It looks like Gust has certainly been busy over the last year – an unusually long time to go between Atelier games.

In addition to the Switch release the game will be available on PlayStation 4 and PC.