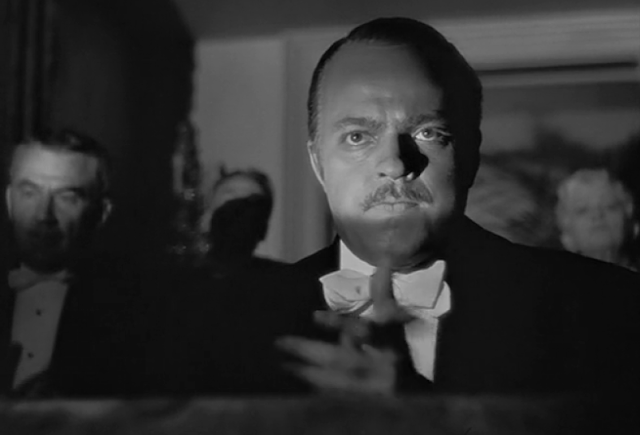 I’m going to write a list of names for you. I’m hoping that you’ll spot where this is going immediately, but there will be one name that stands out because they don’t really belong. See if you can spot which one it is:

That’s by no means a complete list… not even close. It’s just a few names of great storytellers that spring immediately to mind, but it should serve the purpose I’m aiming for here: it’s really quite obvious that one of them is an outsider looking in. Now, for clarity, this is not intended as a slight by any means, and we’ll get to that. Besides, I honestly would be very surprised if Druckmann himself feels that he deserves to be compared to the likes of Shakespeare, Kubrick of Miyazaki… and I’d be disappointed in him if he felt that his stories are comparable.

However, regardless of what Druckmann thinks of himself, the reality is that The Last Of Us 2 is the latest in a very long line of games that was immediately praised well and truly beyond anything rational and in terms that would have you believe that, if anything, the other names in the list are now overshadowed by the Naughty Dog wordsmith. “In a medium where everything is John Wick, The Last of Us Part 2 is Schindler’s List. And just like that film, there were times when I wasn’t sure I could keep going” wrote one journalist in a tweet that was (with good reason) widely derided. To be fair that same journalist seemed to think that The Avengers Endgame was some kind of masterpiece, so he probably doesn’t care for art so much as he just loves his consumable content, but he’s by no means the only one that pulls these kinds of rhetorical stunts. Far too often big-budget blockbuster things get lauded as great works of art. It’s not enough that they’re entertaining or a whole lot of fun. We’ve got to establish them as masterpieces as well. After all. They make us feel. They have a serious message. They must therefore be Art with a big, definitive, capital “A”.

But watch this. Now I’m going to publish a single fable from Aesop. As you’d know if you’ve read Aesop’s fables, this is in itself an entirely self-contained, complete story. But it is also just one of many, many little stories that a Greek guy wrote more than 500 years before Jesus Christ was born… so in other words, this is just a fraction of a per cent of the narrative depth that you get from picking up a book of all of the 2,500-year-old Aesop’s fables:

The Man And The Foxes

A Man whose vines and orchards had suffered greatly from the ravages of Foxes, one day caught one of these animals in a trap. In a great rage he tied up the Fox’s tail with tow that had been steeped in turpentine, set a light to it, and let him run. Mad with pain and fright, the Fox ran through a large field in which, ripe for the harvest, stood corn belonging to his tormentor. The corn caught fire, and the flames, fanned by the wind, spread over the field and laid it waste. The Man lamented bitterly that he had not chosen some safer and less cruel means of revenge.

The message behind The Man And The Foxes is also the entirety of The Last Of Us 2’s narrative depth. Obviously, there’s more to the story itself (after all, no one would accuse Aesop of transphobia in this story), but I’m really, genuinely not exaggerating here; Druckmann spent two dozen hours of my time in playing his game to bring me to the same thematic conclusion that Aesop does in about 100 words. There’s no deeper layer to The Last Of Us 2. You’re not going to be applying Nietzsche and Foucault’s philosophies to the game’s narrative without stretching desperately hard, and while the science-nerd spin that the zombies of the game are based on real-world zombies from nature is a nice trivia note to file away for your weekly pub quiz, it’s not the launching point for a deep and meaningful discussion.

And you know what? All of this is utterly fine in and of itself. Druckmann isn’t there at Naughty Dog to make art. His job is to make a game that will sell millions and millions of copies and get a good Metacritic rating to enhance the prestige of Sony consoles. His job is to make an entertaining product, and with all due credit to him (and he deserves plenty), he achieved that. I personally gave The Last Of Us 2 a 5/5 rating, and the game does deserve that because as a game it is a lot of fun to play. Just as I don’t need to compare The Avengers to Citizen Kane to love The Avengers, I don’t need for The Last Of Us 2 to be a masterpiece to love it as entertainment. The only problem would be if Druckmann decided to start insisting that people call him video game’s answer to Welles or Shakespeare, and in fairness he’s not the one doing that. That’s being prescribed on him by others.

People have got to stop doing that. I know that the games industry still has an inferiority complex as an art form that means that people desperately search for its first great masterpiece (which they already have anyway because NieR: Automata exists), but prescribing that masterpiece role to games that don’t have depth beyond the surface isn’t going to get us there. In fact, it’s going to hurt us. If we want a masterpiece, we need to demand a masterpiece, rather than collectively shrug our shoulders and pretend that a game that you could dissect in its entirety in a single lecture (with time to spare) is enough. That isn’t to say that there are no good art games out there – when you start digging around the indie space you find all kinds of amazing artworks that don’t need to be compared to cinema or literature, but none of those games pull enough heads away from the big “made with crunch” explosions long enough to discuss in great enough numbers so that it can become our industry’s Great Work.

Just looking at this generation alone, we’ve had a half dozen (if not more) “Citizen Kanes of video games” and it’s at the point where it’s become a joke. We’re all joking about how many “Citizen Kanes out of ten” Ghost of Tsushima is going to get, because we all know it’s going to get at least some. I’ve seen people prescribe that title to Horizon: Zero Dawn, God of War, Spider-Man, that David Cage one, Red Dead Redemption 2, and now The Last Of Us 2. I’ve probably forgotten some others. I’m sure there’s one or two Breath of the Wild Citizen Kane comments from the Nintendo side of things. I’m also sure the Xbox has had some, but I’ve not been following that console that closely. I’ve done it myself once too, so I’m well aware that I’m as guilty here as any here. I said that about NieR: Automata, and while I stand by the fact that that game does actually have the thematic depth to be worthy of the title, it too barely gets a mention in the discourse around games as art now. The point is that in all of these cases people are really just giving the title to Things They Had Lots Of Fun With, but almost as soon as the controller is put down, they’ve moved on to the next Citizen Kane of games.

Here’s the thing: the entire reason that Citizen Kane is the Citizen Kane of cinema is that people haven’t shut up about it in nearly 100 years. The reason they haven’t shut up about it is that there’s still more to talk about with regards to it. People still unpack that thing and find new ways to contribute to the discourse. The reality is that a hundred years from now The Last of Us 2 is not going to remain in popular consciousness. Perhaps nothing that we’ve played to this point will, but if any game does manage that achievement, it will be one that drives some real philosophy and themes through it, and it does so at a vastly greater depth and with more potency than parroting the “getting extremely violent in chasing revenge isn’t necessarily healthy” narrative innovation of a dude that’s been dead for over 2,500 years… and doing that verbatim.