The New Game+ Expo stream went live this week, showcasing several games from North American/Japanese developers. One of the brightest moments in the presentation is Idea Factory International showing us the first teaser trailer for the Western release of Neptunia Virtual Stars. The RPG is set to launch for PlayStation 4 in Japan on August 9, and next year in Europe and North America. Here’s the first English-language trailer:

Neptunia Virtual Stars is set if Virtualand, a dimensions where planets exist virtually. The planets contain the extraordinary ability to produce an important commodity known as – and this is already my favourite part of the narrative – content. One of the planets, EMO, was targeted by a group that exists entirely to destroy content created by these virtual planets. Then, for some unknown reason. VTubers from Earth are suddenly transported to Virtualand; but these people have the ability to create loads of content, so the group captured them as well.

Okay, now enters some familiar characters. Planet EMO’s leader sends a distress signal to multiple dimensions, and it is received by two rising VTube stars and our lovely Goddesses of Gamindustry: Neptune, Noire, Blanc, and Vert. They all need to work together in an unfamiliar world to fight the bad guys and save EMO from total destruction. 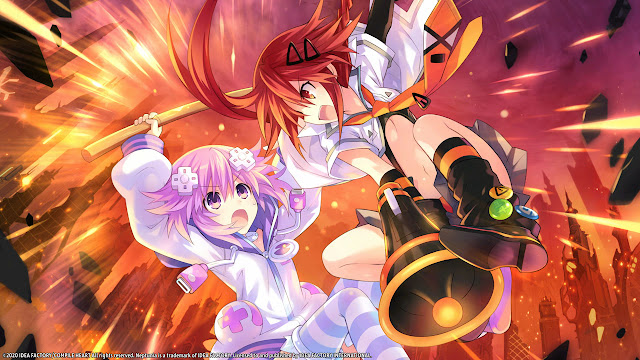 In Gamindustry, we are in a period of social unrest known as the CPU Shift Period. Nasty rumours about the Goddesses have been going around, and the girls are worried the citizens will call for new leadership. Of course, it’s at exactly this time that Neptune and Nepgear disappear to a world on the brink of a catastrophic end. They’ll team up with the last Goddess from this world in an epic battle versus the Dark CPU. There are three worlds, three stories, and three different story modes available.

You read that correctly: there will be an entire digital event, spanning two days, dedicated to Muv-Luv! Each part of the event will be accessible for non-Japanese fans, so perhaps in English, sometimes pre-recorded in Japanese with subtitles? Does it even matter? Muv-Luv Expo: The Summer of (Muv) Luv will begin on June 1 at 9 p.m. EDT (11 a.m. AEST, if I’m not mistaken). 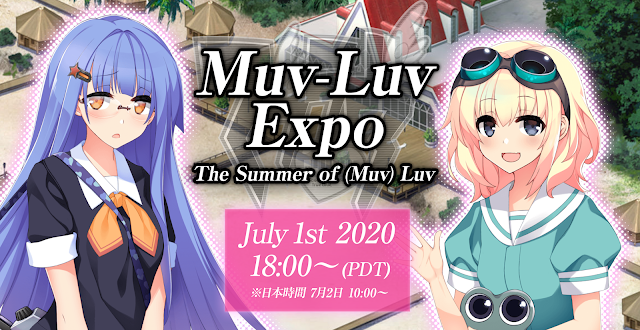 July 1 is packed with literally hours of Muv-Luv goodies. At 9 p.m. will be a Game info Panel, discussing Project Mikhail and Project Immortal. At 10:15 p.m., watch live mini-concerts from singers Minami Kuribayashi and Aki Misato. At 11:00 p.m.m there’s a live question-and-answer period for an hour. Finally, following that, the first six episodes of Total Eclipse will air. On July 2 at 9 p.m. EDT, the remaining episodes of Total Eclipse (7-24) will be shown.

Clannad’s sequel is coming to the Switch

At least, it is in Japan. Clannad is now available for Nintendo Switch, so it only makes sense that Protoype will publish Tomoyo After: It’s A Wonderful Life CS for the console. It will be available on 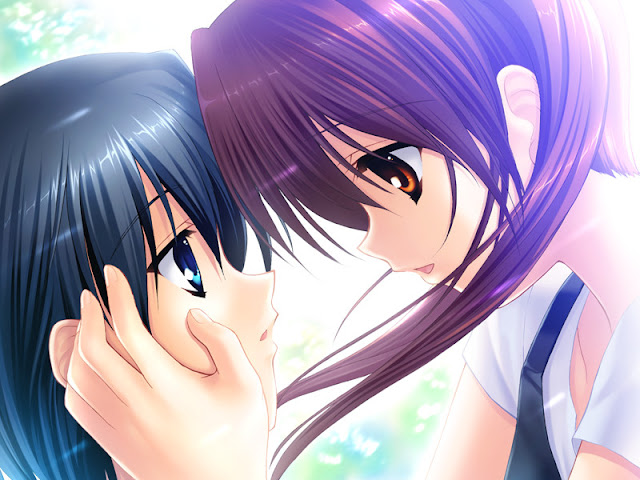 Our beloved protagonist, Tomoya, begins work at a waste collection company. He lives on his own, and enjoys life with his girlfriend, Tomoyo. One day, Tomoyo’s brother brings his half-sister to Tomoya’s apartment, and the couple agree to look after her. The brother, Kanoko, stays around, and his ex-girlfriend actually ends up staying in Tomoya’s room. It’s the final summer together for Tomoya, Tomoyo, Takafumi, Tomo, and Kanako.