Titled Death Comes True, Danganronpa creator Kazutaka Kodaka’s next game is all FMV (full motion video). It was announced last week that the game would be coming to Android, iOS, and Nintendo Switch on June 25 in Japan. Later, it will also be released for PC and PlayStation 4. Here’s the latest trailer:

Death Comes True takes place in a hotel. The main character is a wanted serial killer… but he’s lost all of his memories. When he dies, he gains the ability to time leap through his past. While he’s being chased, who can he trust? And who is he, really?

The game will feature music by Masafumi Takada, a composer who has created the soundtracks for the Danganronpa series and The Evil Within.

Sumire is an adventure game you won’t want to miss

Developed by GameTomo, Sumire is a narrative adventure title that is set in a mysterious mountain village. Just announced last week, there is no release date set as of now, but we do know it will be coming to PC via Steam and Nintendo Switch. Here’s the trailer:

Sumire is set on a single day, following a strange girl’s journey as she tries to complete the tasks given to her by a mischievous mountain spirit. She needs to complete this list before night falls, and her time in the village ends forever. As the game progresses, the sky will change from morning to soft twilight, so a violet sky is the limit.

The gameplay features a series of quests, given to Sumire by forest creatures or villagers. She can take the challenge, or refuse, but the opportunity may never arise again. There are collectables, bonus items, skill tests, and other challenges ahead for young Sumire.

Be an artist is SuchArt!, coming to PC and Switch

SuchArt! is a painting simulation game developed by Voolgi. It was previously announced that the title would be coming to PC, but now the developer has announced it will also be coming to Nintendo Switch when the game releases this (Northern) fall. 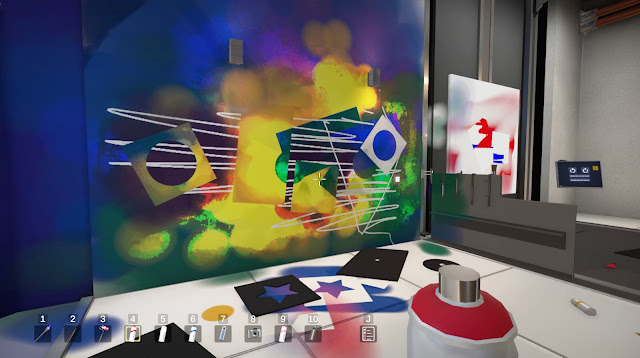 SuchArt! is about both creating and marketing your own artwork. You’re an artist with a brand new studio, so it’s time to express yourself with any available tool, from a paintbrush to a flamethrower. You aren’t even limited to canvas, as you can paint on your studio’s walls to your heart’s content. Create what you want, or fulfill client commissions.

What I get a kick of most out of this title is the realistic paint. The game’s description promises all the downsides of real paint, from mixing pigments to colours become more subtle as they dry. Oh, and you need to pick your side in an alien invasion, because why not?

If you enjoyed death-free narrative titles such as Gone Come or Firewatch, The Fables Woods should be right up your alley. Developed by CyberPunch Studios and published by HeadUp Games, this first-person mystery adventure title will be released for PC via Steam late this year. I wouldn’t be surprised if console launches also happen down the line. Here’s the announcement trailer:

The Fabled Woods is set in, well, the woods. Someone’s son went missing amongst the trees long ago, and as you explore the woods you can try to make sense of the story. Things may seem weird or difficult, but that’s just how it has to be. The game features three intertwining narratives to uncover piece by piece.

The game is described as puzzle-free and death-free, making it my kind of game. You can explore the picturesque beauty of the woods at your leisure, but ugly secrets hide behind the beautiful facade.