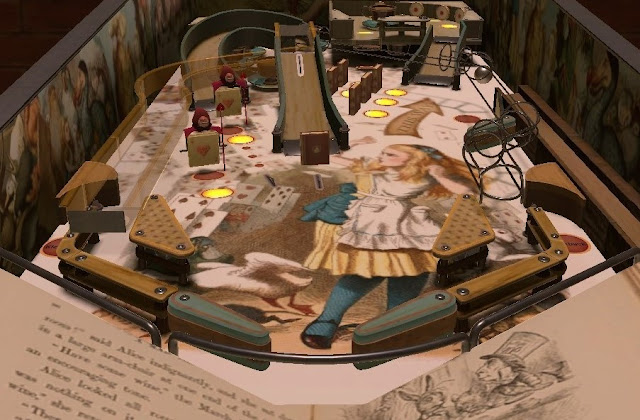 I’ll play basically anything pinball. It’s something I’ve grown up with my entire life and to this day I love quality pinball action. The Nintendo Switch is well served there – even if you ignore Zen Studios’ brilliant Pinball FX3, there’s niche stuff like Zaccaria Pinball, individual pinball tables, and games that aren’t pinball, but use the pinball action as a mechanic.

The quality of those tables vary considerably, but now we have the bottom rung example. Pinball Lockdown just isn’t that good.

That’s not to say it is without merit, though. For a start, for just a couple of dollars you do get a fair few tables. Five, in fact, with a nice spread of themes: Alice in Wonderland, Zen Garden, Space, Vegas, and Dragons. There’s also something quite charming about the aesthetics and design of the tables. Yes, they’re incredibly simple in design compared to the rich detail of a Pinball FX3, but they have a homemade-like look and feel to them. If I was to build my own pinball table (something that has been a dream of mine for many years), it might look like one of these. 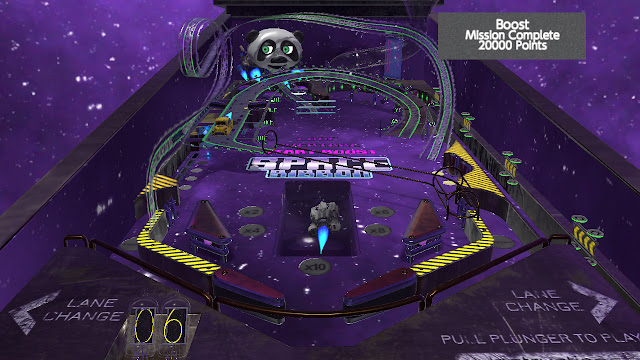 That homey, hand-crafted effect actually kept me playing this thing for far longer than I thought I would, because unfortunately the pinball action is just not very good at all. Pinball is a simple game, and really relies on three things – pinball needs quality layouts that offer rich, skill-based scoring opportunities. It needs excellent physics, and (when it comes to video game adaptations), the frame rate is critical.

With Pinball Lockdown the frame rate struggles on some of the tables, most notably the dragon one. I’m not entirely sure why that might be the case given how simple the game is, but you can probably chalk it up to an inexperienced developer. I don’t even notice frame rate issues in most games, but I certainly did with this one because the stutters and slowdowns tend to come at the most inopportune moments, and it tends to result in wayward hits and lost balls.

The game isn’t particularly good at guiding players around the table, either. Really good pinball design is able to subtly guide the player, encouraging them to hit the ball to all corners, and rewarding skilful play and precision with big scores. With Pinball Lockdown, the layouts are far too predictable and the developer didn’t seem overly interested in challenging players to carefully and accurately guide the ball around the table. There aren’t many elements in the first place, but what is there all seems to be dropped in arbitrarily without any understanding of what makes a truly great table layout. 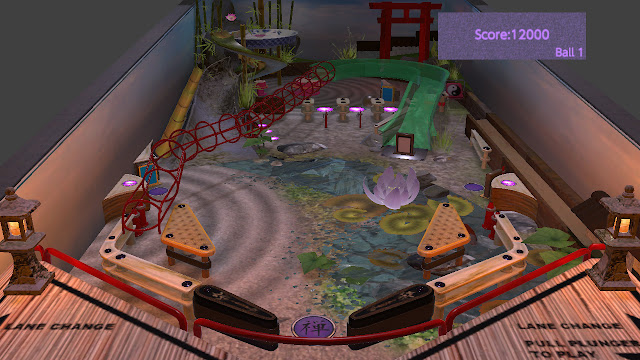 Finally, the physics aren’t great, even when the frame rate is stable. This is the most subjective response that you can have to pinball, but the “feeling” of the ball in Pinball Lockdown is right off to me. It feels overly heavy and weighted, and as a result, even when you do hit it with precision somewhere, it doesn’t roll around or up and down ramps particularly satisfyingly. There are also moments where the ball just seems to disappear and reappear elsewhere on the table. The zen garden table, for example, has a feature which simulates the ball rolling through a stream of water. Except that the ball simply disappears at the top of the stream and reappears at the bottom. Sure, this game has been designed to simulate real tables, rather than “do the impossible” as Zen Studios does with its richly animated tables, but surely it’s possible to be more creative than having disappearing balls.

There’s not too much else I can say here: Pinball Lockdown costs pennies, and you get five tables for a price lower than a single Pinball FX3 table, but you also get what you pay for. Aside from a nice aesthetic, this collection of tables suffers from amateurish design, physics that greatly lack for inspiration, and, for a game that relies on precision and reflexes, completely unforgivable technical issues that inhibit the player’s ability to master either. Sadly, this game isn’t even worth the pennies.