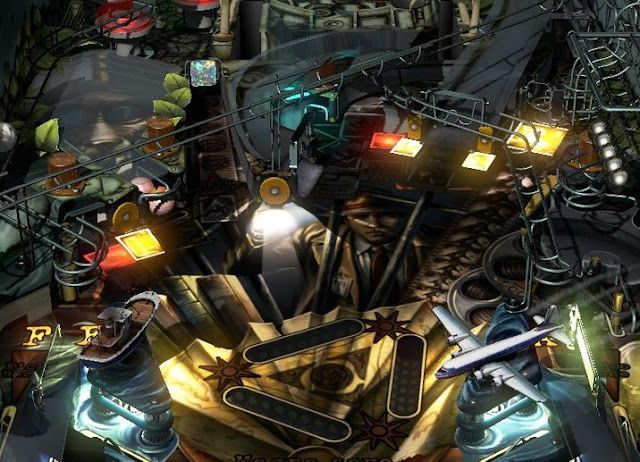 I’m not entirely sure why both major digital pinball developers; Zen Studios and FarSight Studios, decided to release their respective games (Pinball FX 3 and Stern Pinball Arcade) on the Nintendo Switch within a day of one another. It seems unnecessary to make people who aren’t hardcore pinball fans choose between the two, but that’s what happened, and so here I am playing pinball like a maniac, and given the circumstances, rather than review the two separately I figured I’d roll it into one article.

I’ve already covered Pinball FX 3 when it released on PlayStation 4 earlier this year, but as pinball’s the perfect kind of game for those train trip commutes, or unwinding with in bed before sleep, I can see myself playing the Nintendo Switch version much more going forwards.

One thing that has to be noted upfront, and is very unfortunate; the Switch version of Pinball FX 3 is missing a lot of tables. On the PlayStation 4, there are dozens of tables across the Marvel, Star Wars, and Bethesda franchises, and none of those are in the Switch release. There are still plenty of tables in the game; all of Zen Studio’s original creations (including the brilliant Excalibur and Pasha), as well as the universally brilliant Aliens and Predator tables, and the entertaining Fox tables (including Archer, Family Guy and American Dad). There’s also two newly released tables; one based on the legend of Hercules, and another based on a fun park, which gives pinball veterans something new to play. But that lack of Star Wars and Marvel tables, especially, does hurt. 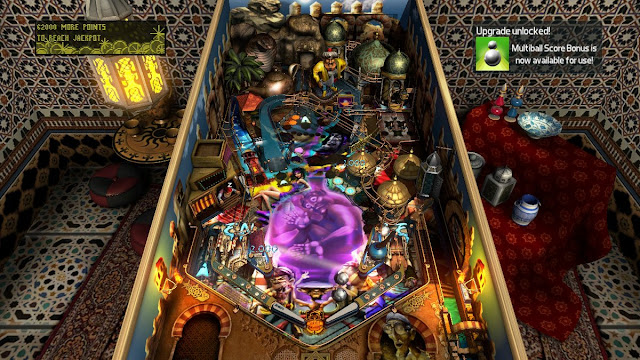 That being said, the actual experience of playing the game is so much better. Pinball runs smoothly on the Switch, and it’s even possible to flip the console to a vertical orientation so you can play the game with a form factor that more closely approximates the shape of actual pinball tables. The clicky Switch buttons feel much more precise and accurate for flicking the ball around the screen, and unlike other handheld versions of the game (on PlayStation Vita and Nintendo 3DS, for example), the nice, big screen makes it easy to see everything that’s going on.

On the technical side, the only thing I felt the need to switch off was the HD rumble, which is overly active and, frankly, doesn’t feel like pinball at all. Real pinball tables don’t actually rumble. That’s only a very minor criticism though.

The all-important leaderboards are even cross platform, so there’s immediately a lot of competition out there in terms of scores to try and beat. As with all Zen Studios pinball games, you’re also able to create smaller leaderboards with just your friends list, and it’s always more satisfying moving up the ranks among people that you know. It’s addictive stuff, all up. I’ve been playing Zen Studio’s various releases for years now – in fact, aside from Hatsune Miku games I can’t think of anything I’ve played more than these, and with the Nintendo Switch I imagine I’ll continue playing long into the future.

As with Pinball FX 3, FarSight Studios has opted to push out a very limited range of tables with its Switch release when compared to what you can get on other platforms. As the name suggests, this release focuses exclusively on recreating Stern pinball tables (Stern being one of the giants of the pinball world). The variety of tables that have been recreated is great – ranging from Starship Troopers to Frankenstein, Star Trek to AC/DC, and these tables are universally classics of the pinball world, but it’s still hard not to be disappointed that there are only 11 of them.

The effort that FarSight goes into to faithfully recreate the experience of real-world pinball needs to be commended. In Pinball FX 3, almost every table has features, animations, gimmicks, and so on that would be impossible to achieve with a physical pinball table. It makes the pinball experience more vibrant and dynamic, but far less authentic. FarSight’s authenticity makes its game – and tables – feel dry and museum-like at times, but for the pinball faithful, the fact the tables have been recreated down to the most minute details is a win for nostalgia. As an extra nice touch, each table has a promotional flyer faithfully scanned into the game, and a short history of the table for you to read. 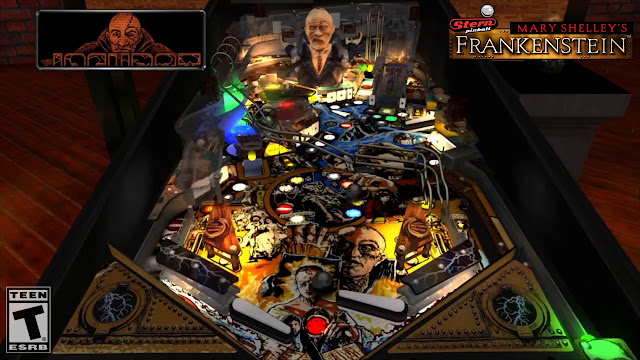 What I don’t like as much about FarSight’s pinball titles is the physics of the ball itself. There’s a “floaty” sense to the way the ball rolls around the table, which is a contrast to Zen Studios, where there’s a very definite sensation of weight on the ball, and the feeling that it’s properly connected to the table. I’m splitting hairs here; and FarSight’s physics engine is by no means bad, but in a toss up between the two I do prefer Zen’s approach to physics.

This game lacks the ability to turn the Switch console to a vertical orientation, but on the other hand the rumble feature isn’t overdone this time around. However, what is unforgivable is the lack of leaderboard options in Stern Pinball Arcade. The game tracks local high scores, but, as far as I can see, there’s no online leaderboard, and competing with others for high scores is critical for a game like this. To rub salt into the wound, the game actually blocks the screenshot function on the Switch, so you can’t even compare scores with other people by uploading your best scores to Twitter or whatever.

As someone who has every intention on buying his own pinball table at some point (or, hopefully, more than one), the appeal of having real pinball experiences is such that I’ll buy all of the tables in Stern Pinball Arcade, but it’s lacking the features and robustness to allow it to properly compete with Pinball FX 3, and the lack of leaderboard features just kills its long term appeal.