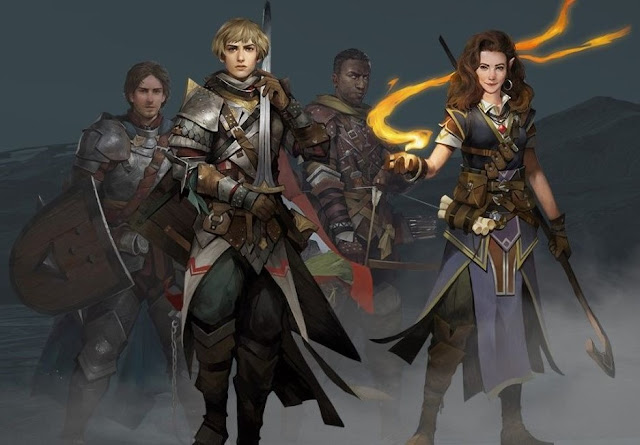 Gather around, folks, because it’s storytime, and I need to explain to you why Pathfinder is such a big deal. A fair few years ago now, Dungeons & Dragons (the tabletop RPG) was in its third edition, and there were to magazines that the publisher, Wizards of the Coast, financed. The creatively-named Dungeon, and Dragon. These magazines were produced by another publisher, called Paizo, under an open license that D & D had going back then.

But then 4th edition rolled around, Wizards of the Coast decided to be much more closed with its ecosystem and IP, and it wound up the Dungeon and Dragon magazines. Understandably to a company like Paizo, that was a bit of a body blow, so the company did the most spectacular thing: It started Pathfinder, a pen-and-paper RPG that continued to use the 3rd edition rules (technically “3.5 edition”), and featuring some truly gorgeous art, aesthetics, and production values that meant it was one of the few publishers that could compete with Wizards of the Coast themselves. It worked, because 3.5 edition was better than 4th edition anyway, and Paizo ended up with a genuinely competitive product to the mighty Dungeons & Dragons itself. Take that, Wizards.

Pathfinder: Kingmaker is one of the first games to bring Paizo’s vision to video games, and it was an enormous success when it was a Kickstarter campaign (over 18,000 backers). It launched on PC back in 2018 and has had 12,487 player reviews, with an overall “mostly positive” rating (which is always good for Steam and the way that the community can get very clannish and try and weaponise reviews once a game hits a certain profile). Now it’s coming to PlayStation 4 and Xbox One.


The console version will have all the DLC, as well as a turn-based combat mode, which will help bring the game even closer to the Baldur’s Gates and Icewind Dales that inspired it.

The console version will land on August 18.