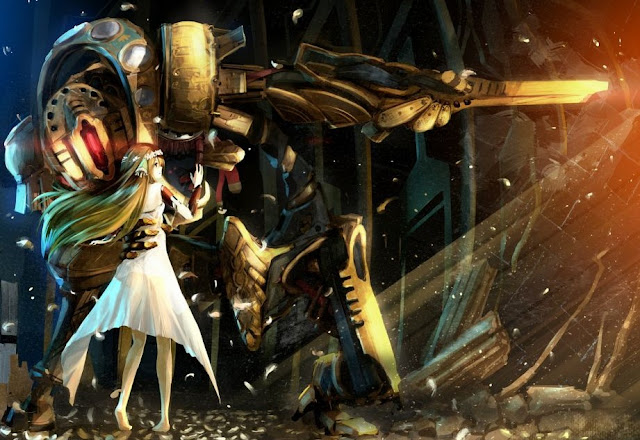 Koei Tecmo and its developer, Gust, has announced Ciel nosurge: Ode to a Lost Star DX and Ar nosurge: Ode to an Unborn Star DX; two releases that were originally on PlayStation Vita and Vita/PlayStation 3, respectively. There’s nothing more than the announcement that these games are happening at this stage, but it’s a big deal all to itself because these games are gorgeous.

Related reading: An interview with the developer behind Ar nosurge.

There’s also no news of a release outside of Japan at this stage. We never actually got Ciel nosurge, so there’s an outside chance that we’ll finally have it in English, which would be a delight. Ar nosurge, meanwhile, is one of those incredible JRPGs that almost no one has played, but absolutely should.

Hopefully we find out more about these games (and confirmation of a western release) soon. Hopefully it means that Koei Tecmo and Gust are interested in keeping this series going. As much as I love Atelier and Nights of Azure, Ar nosurge was a really special experience for me, and I’d love to see it continue on.