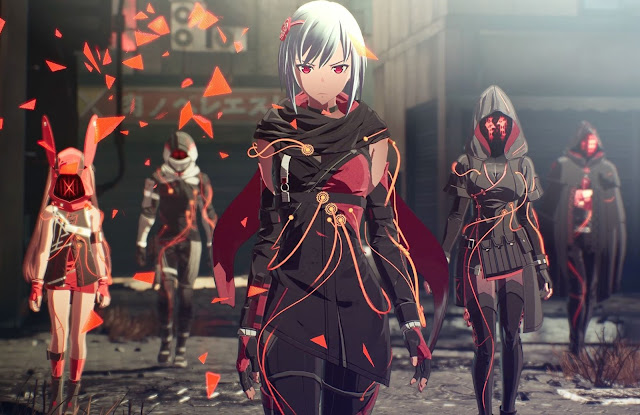 Last night (for us Aussies), Microsoft held a digital event where it showed off a lot of content that is coming to the Xbox Series X. There’s some interesting stuff in there – I’ll leave it to our esteemed coffee catch-up writer, Lindsay, to refresh the more exciting announcements on Monday’s wrap. There was one Japanese game that particularly stood out, though.

It’s a action thing, titled Scarlet Nexus, and comes to us from Bandai Namco. It’s being led by former Tales of series creatives (so, no, you’re not nuts for suggesting that it looks familiar, and promises a “streamlined combat system that balances fast-paced action with strategic planning.” It’s also apparently “brain punk”, which is just the silliest term, but who am I to criticise Bandai’s press release writing team.

There’s no release date for this thing just yet, but it will also be available for the Xbox One. The main reason that Microsoft wasn’t able to sell me an Xbox this generation has been its woeful inability to get Japanese developers on board (thanks to the console being a complete bomb there), and I’m just going to say this up-front: this one game isn’t going to change that position moving in to the next generation. Last night’s show went exactly the way I guessed it would, and while the Xbox Series X may well be a powerful console, that means nothing to me if there aren’t games that I want to play regularly released on it.

Still, negative rant aside, this game really does look good. Perhaps it’ll make it’s way to the PlayStation 5 at some point too.

The game’s key features, according to the announcement:

Kinetic Psychic Combat – Using psycho-kinetic abilities, the world around you becomes your greatest weapon. Lift, break and throw pieces of your environment to build your attack combos and lay waste to your enemies.
Exterminate the Others – Deranged mutants that descended from the sky, highly resistant to conventional attack methods and defenses. Tormented by the constant pain of their mutation, they seek brains of living organisms to calm their madness.
Discover a Brain Punk Future – Explore and protect a futuristic Japanese landscape that combines inspirations from classic anime and western science fiction.
Deep Story Driven Experience – Dive into a complex story of bonds, courage and heroism crafted by minds behind the iconic Tales of Vesperia.

There’s also an announcement trailer to get you excited:

Spirit of the North: A beautiful attempt to recapture Journey’s magic