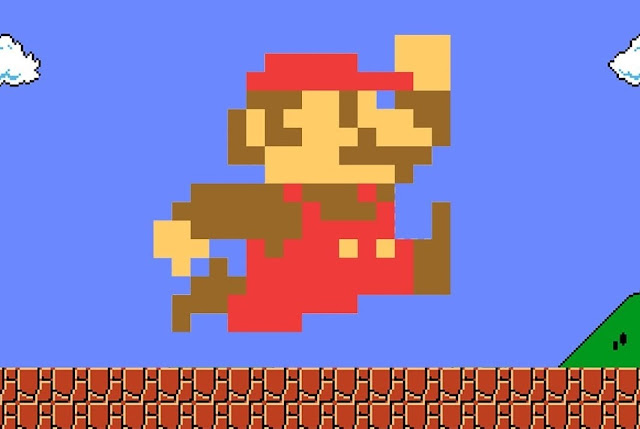 It’s common knowledge that ever since the jump button was invented, video games as a medium leapt forward in an enormous bound of progress. Also, they became art. Real art. While many games have claimed to “reinvent” the jump, it’s clear that the technique has a long and illustrious history which is best not forgotten. So the next time an established game developer claims to have included a jump button in their game, do congratulate them for producing something that we can take seriously as a work of art, but also feel free to use our definitive ranking as proof, that jump buttons are to videogames as colour is to movies.

One of the first, probably, games to include a jump button was Nintendo’s Donkey Kong, originally released in arcades. The game stars a character literally named Jumpman, who needs to save a woman kidnapped by a giant gorilla by climbing a tall tower. By jumping. When the player hits the button, Jumpman ascends into the air in a beautiful arc motion. And from this moment, game developers everywhere had their eyes opened to the artistic potential of video games. Who knew that decades later we’d still be defining the art developers created by the way they encourage us to press a single button. 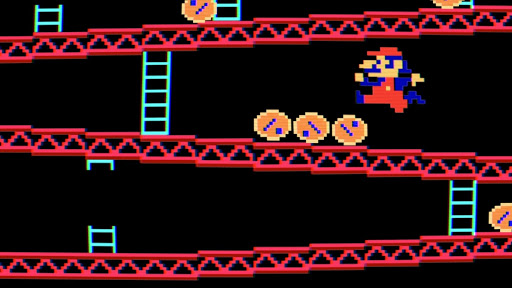 Super Mario Bros. for the NES brought a variety of innovations to jumping. While the technique is still executed with a single button press, Super Mario Bros. brings finesse and nuance to the art of jumping. Tapping the A button will result in a short jump, while holding the button down enables a higher, longer jump. The jump can also be combined with running, performed by holding the B button, in order to increase distance. The incredible versatility of the jump in Super Mario Bros. earns it a place on this list. 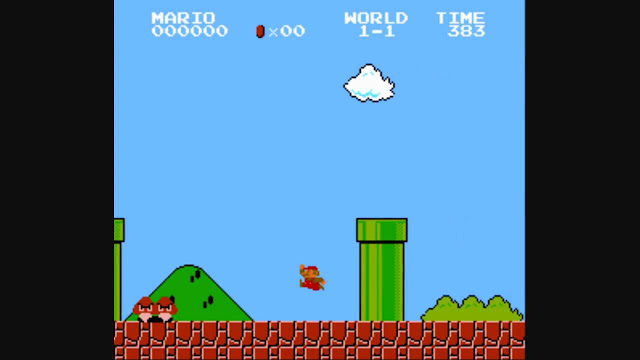 Here’s one you might not be expecting. Jumping? In a Final Fantasy game? You better believe it. That being said, the jump in Final Fantasy IV is activated a little differently compared to most other titles on this list. While games like Super Mario Bros. use the jump as both a means of traversal and an offensive move against enemies, Final Fantasy IV’s jump only has combat purposes. Even more interestingly, it’s only usable by just one of the game’s many characters – the Dragoon, Kain. We considered not including this one since it’s not technically activated with a button; the player needs to select the Jump command from the battle menu, but since the player needs to press a sequence of buttons to achieve the effect, we give this game credit for having a deep, rich, and nuanced approach to the jump. That makes it the best art. 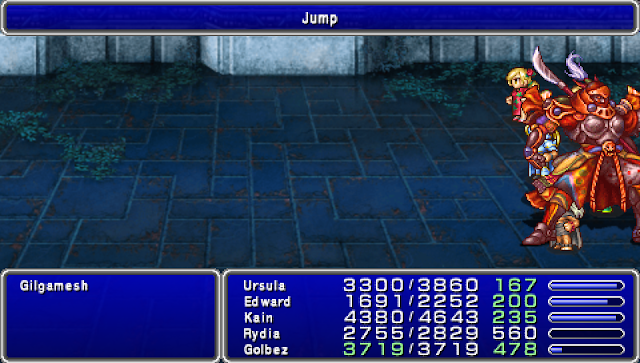 Link’s Awakening is the first recorded instance of a jump button in a top down game, also probably. Once the player earns the Roc’s Feather, available as a reward from the first dungeon, the item can be equipped to grant a short jump that helps Link get over pits and other dangerous obstacles. We particularly like the versatility of the Roc’s Feather, since it can be assigned to either the A or B buttons on the Game Boy, and can be unequipped when the jump is not needed. Plus, Link does a somersault in the air while jumping, earning him additional style points. Even right back then developers were innovating with the jump button, and Link’s Awakening is definitely the Picasso of video games because of it.

By pressing the A, B or C buttons (original Genesis version only), Sonic the Hedgehog curls into a ball and leaps into the air. There’s nothing particularly special about Sonic’s jump compared to other platformers of its day, but the convenience of using any of the three face buttons does give this game some brownie points. Also, I figured including a Sonic game in this top 10 would annoy Matt. 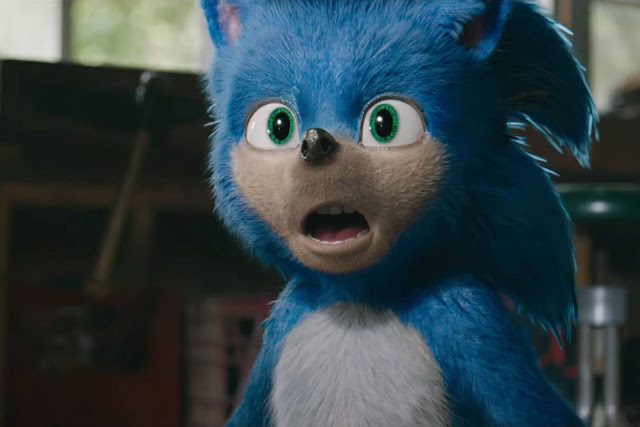 Jumping is, probably, not an advisable technique in a real street fight. And yet, in a flagrant disregard of realism, Capcom’s fighting game series have consistently included a jump button as part of its mechanics. Jumping in these games can be achieved by moving the joystick up, up-left or up-right, depending on the direction the player wants to jump. Interestingly, Street Fighter uses the jump in a strategic way. Players will often use the jump as one of many ways to get the edge over an opponent. But they need to be careful too, as in Street Fighter II, jumps can be “punished” by what we’ve learned are called “anti-air moves”. To jump or not to jump? Street Fighter 2 is clearly the Shakespeare of video games for the way it handles the jump. 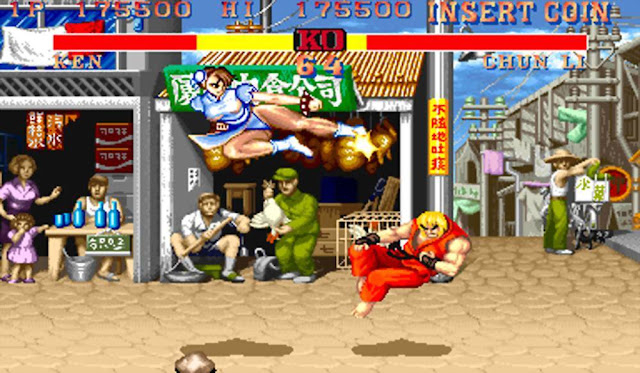 We considered not including Grand Theft Auto 3’s jump on this list because it is so vastly unrealistic, but it has too much historical significance to ignore. Grand Theft Auto 3’s jump button is the first one, probably, to be completely unnecessary for a game’s completion. Yes, hitting the jump button does send Claude in a perceivably upwards motion, only for him to come down to the ground a little later. But never in the game’s 51 storyline missions is the jump actually required for completion. This signals a huge shift in jump button design philosophy, since after Grand Theft Auto 3, other games have also included unnecessary jump buttons, or have removed jumping entirely. We don’t recommend developers remove the jump button, though. Without the ability to jump you can’t put yourself in your protagonist’s shoes, and therefore the game stops being art. 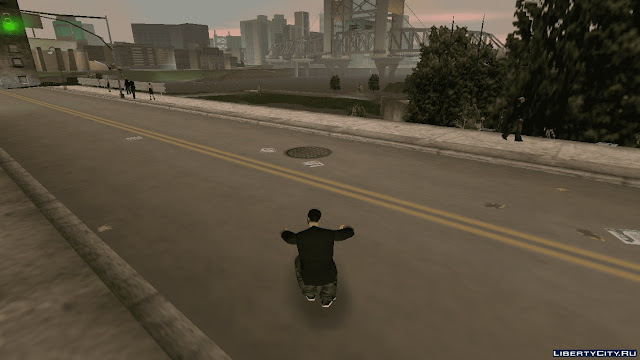 Many games using Valve’s Source Engine have the same jumping capabilities as Counter Strike: Source, probably, but it is put to its most memorable use in this counter-terrorism themed multiplayer battle arena. The Spacebar activates the jump, like in most PC-FPS-genre titles, but by hitting Control in mid-air, the character crouches, giving an additional boost in height. Not only does this create realism, as crouching in midair is a technique performable in real life, but it also gives any avid counter-terrorist a tactical advantage. Using the jump-crouch, the gamer can get on top of stubborn crates or fences in order to appear in unexpected locations. We have many fond recollections of this jump button in Counter-Strike: Source, which earns it a place on our list. 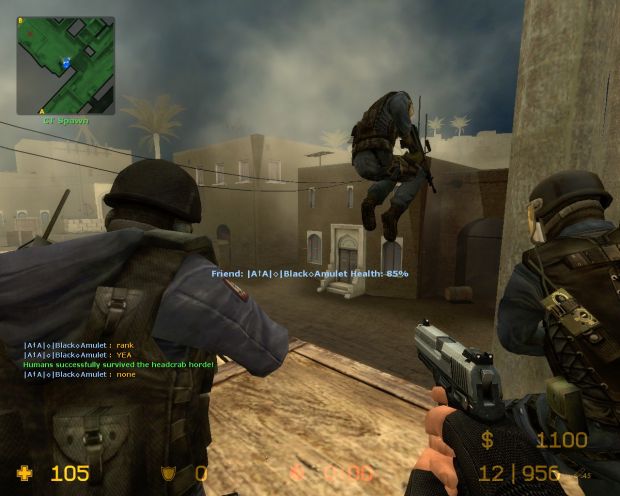 We’ve saved the best for last. As most gamers will recognise, a true game is complex. Difficult. Doesn’t have an easy mode. Dark Souls is the true test for any gamer, and its jump button is an exemplar of that. To perform the jump in Dark Souls, the player must first be running, which is performed by moving the left stick while holding down B. Then the player must release B and, in a very strict timing window, press B again. It’s a maneuver so challenging that it has its own WikiHow page. You know you’ve made good art when people talk about the jump button. And for that reason, we rank the jump button in Dark Souls as the #1 jump button in all of video games. 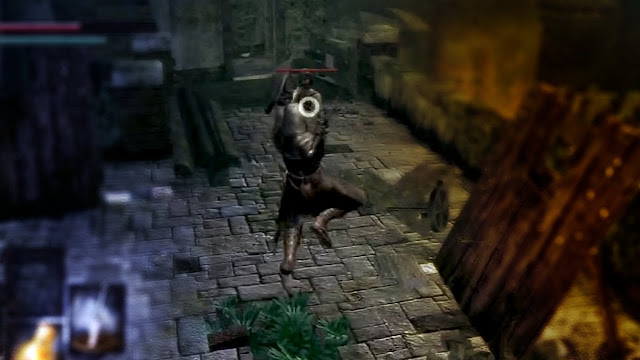