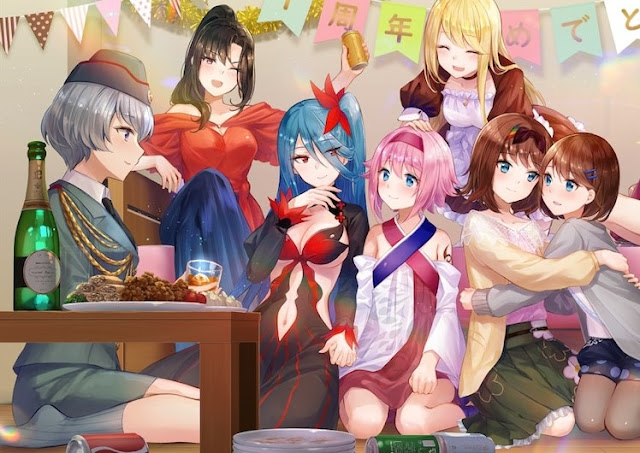 To those who exist outside of the bubble, game development must seem like a really weird space. People do inherently understand the creative process when it comes to writing a book, painting on canvas, or even making a film; they might not be able to do any of those things themselves, but the structure of the work involved is easy to understand. Game development, however, is a (literal) different language, where developers stare and endless lines of code, artists reduce people to wireframes built of squares and triangles, and writers work in such completely non-linear spaces in which they have no idea how a player will experience their work.

It’s enough to send developers a little batty. Throw in a workplace culture in which “crunch” is so brutal that those outside of gaming even know what it is, and requires a fastidiousness so complete that developers working on Mortal Kombat started feeling very, very disturbed due to the unending intensity of the material they were working on, and it’s a world that that must come across as both shocking and truly fascinating from the outside looking in. That’s Yumeutsutsu in a nutshell – it’s a game that is deeply aware of the alienating world of game development, and a parable musing on it.

You play as Ai – a young woman who has become completely estranged from her once close sister, Kokoro, and who decides to follow her to the big city to join the game development business that Kokoro works at, in the hope of mending the rift. The problem is that Ai knows almost nothing about video games, beyond the one that she and Kokoro bonded over as children. Luckily for her it the company’s newest project just happens to be a remake of that game. 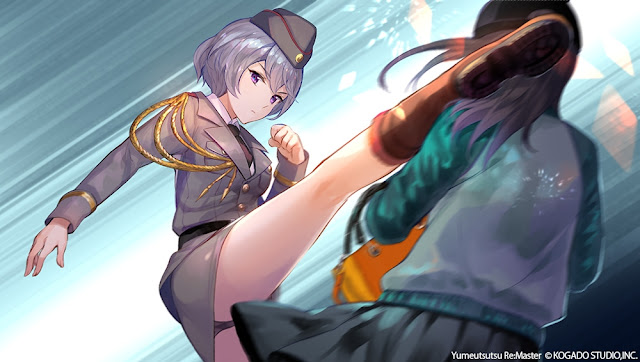 Yumetsutsu is many things, but first and foremost it is both a celebration of the video game development process, and a recognition that it takes a special kind of person to thrive in the game development space. Whether it’s the structure of the heated arguments with the director over specific elements of the narrative (and what counts as an appropriate time frame for the delivery of the narrative) through to the way that QA finds moments of stress release during the endless hours of in-office crunch as a release comes up, Yumetsutsu takes a positive position on the results of all this work, but certainly dials up the oddball characteristics that people need to adopt to handle such an environment.

It’s also yuri, and very wordy yuri at that. Each of the women that Ai works with have their own ways of demonstrating a level of thirst towards her that must be part of their stress release mechanisms, and it’s frequently very funny. There are times where it almost – almost! – strays into a meanness, with Ai being so completely sheltered and naive that she’s too easy to tease, although rather than reflecting poorly on the various characters it actually makes Ai something of a point of irritation within the story because being oblivious is only endearing to a point. However, for the most part the yuri stuff within Yumetsutsu works and being flirty and sexy, it’s usually quite joyous.

Finally, there’s also a mystery element to it, which is where the game gets its “page turner” quality. Just what was it that caused Kokoro to cut her sister out of her life so completely, so suddenly? Right at the start Ai confronts her about it, and in response, a seething Kokoro simply whispers into her ear a single word – “demon” – which is spectacularly unhelpful as an answer and for for the reader also completely compelling. Yumeutsutsu is lengthy, even by the genre standards, so unpacking the mystery while getting to know all of the characters was key to getting people to the end of it and, thankfully, as the pieces do start to come together you’ll find that every single character means the world to you and you want to know exactly what happens to them all. 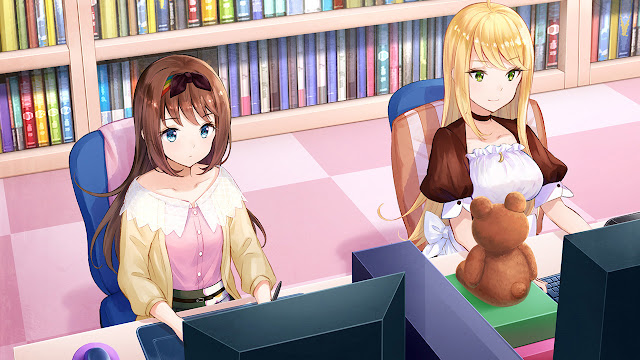 Yumetsutsu comes from the same micro-developer as the Nurse Love Addiction series – Kogado Studio – and it shares the same design principles. There’s no Live 2D or animation as you expect from the bigger budget VNs, but this is offset by every character being utterly gorgeous in design, and every key art scene featuring them being something that truly highlights a key moment. In lieu of animation, the development team turn to voice acting to give the characters life, and the talent that they got on board punches well above the budgetary limitations of the game. Finally, there are a surprising number of choices that you’ll need to make through the story, which will make you want to carefully manage saves as you play to save yourself the need for dozens of hours of reading every time you want to explore a different ending.

If there’s one criticism that can be leveled at Yumetsutsu is that it doesn’t quite have the subversive payoff that made Nurse Love Addiction so powerful. It is subversive in the way it unpacks the game development project, and isn’t the “nice, fanservicey yuri” experience that you might expect from looking at screenshots. Kogado is very effective in setting expectations against a backgroup of airy pastel art and then hitting you with stuff that makes you think and empathise in a way that you hadn’t planned on, but while it has edges, it’s not going to make your eyes pop, either. That is disappointing in a fashion, because while subversion obviously isn’t essential to telling a great story, we know from Nurse Love Addiction that it’s particularly effective in the context of the output of Kogado’s creative teams.

Kogado is perhaps the most under-appreciated visual novel outfit out there. You’ve almost certainly only heard of this developer’s work if you’re deep into the visual novel space, and while in terms of presentation there’s a distinct “low budget” quality, there are two things that help to set Kogado apart: firstly, they’re a gorgeous application of the idea that aesthetics are more important in art than technical wizardry. Secondly, Kogado tells stories that are an impeccable blend of tantilising fan service, intense mystery, and subversion to keep players on their toes as far as expectations go. On that basis Yumetsutsu is a perfect follow on to the Nurse Love series.