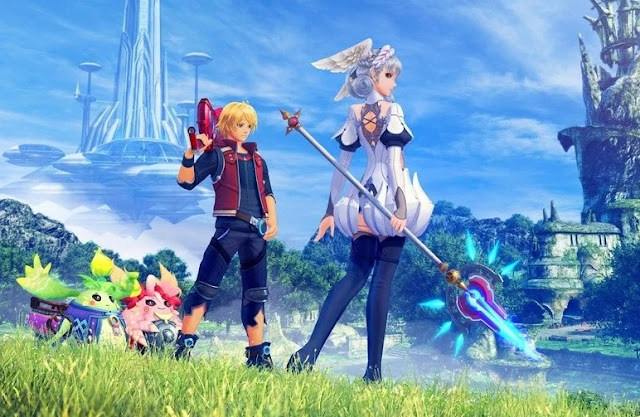 Takahashi Tetsuya, the director of the “Xeno” series and the head of Monolith Software, seems to have two themes that he loves returning to in his work; the conflict between the artificial and the biological, and a Nietzschean love of rebelling against “God”. There’s the famous story about how Xenogears – the first “Xeno” game – was originally pitched as the plot for Final Fantasy VII, but was eventually rejected for being “too dark”… and much of that had to do with the plotline involving “killing God,” and events in which massive Gundam-style robots would slaughter entire villages of people.

Related reading: Our review of the previous 3DS release of Xenoblade Chronicles.

Xenoblade Chronicles, a spiritual successor to Xenogears, features… robots slaughtering entire villages of people and, without giving away spoilers here, humans encouraged to indulge the Nietzschean philosophy of rejecting Judeo-Christian “slave morality” and, instead, walking their own path. It’s marginally more subtle and nuanced in application than Xenogears (perhaps), but just as high impact and now, with the Definitive Edition, you can enjoy it produced to the visual standards that the Monolith team likely had in mind when they first set out to create it, way back on the Nintendo Wii.

It’s difficult to articulate just how much better this rebuilt game looks, and what that does for the overall experience. Xenoblade Chronicles was always ambitious in trying to present truly epic-scale worlds to explore on consoles (first the Wii, then the 3DS), and while it hit that brief, the compromises that were made to get it there were obvious each time. The result was enough to deliver the pop philosophy-laden narrative but lacked the blockbuster impact that its (generally more shallow) rivals enjoyed at the time. The narrative hasn’t changed one iota this time around (though there is some additional stuff added which, thanks to embargoes, I can’t really talk about, other than to say it does feel superficial to the core experience), but thanks to the visual upgrade the gravitas to everything that you do in Xenoblade Chronicles does now feel greater. This world is no longer simply “big for an underpowered console” but rather it teems with geographic and biological spectacle. The creatures that inhabit the world are fascinating, and there’s a greater sense of culture and purpose to the inhabited areas. As everyone knows by now I’m very much a person that prefers to see quality art direction than bland technical brilliance, but Xenoblade Chronicles makes a strong argument for the experiential quality that technical brilliance can contribute to an experience when paired with visionary art direction. 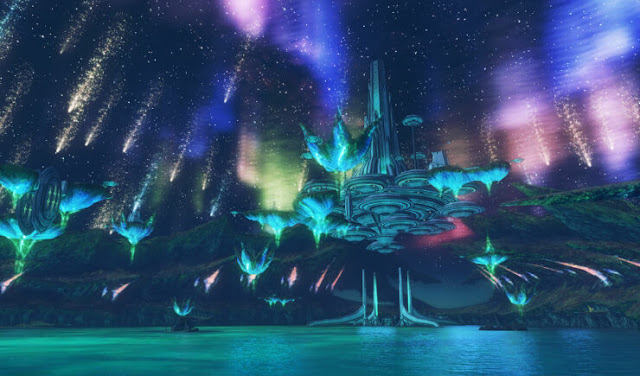 At the same time, as I’ve discussed previously in a video, the Definitive Edition hasn’t had the same impact on me that other recent remakes have. Here I’ve had the chance to play a wonderful game yet again, and that’s undoubtedly a good thing, but the reaction that I’ve had to the game is closer to an “oh, that’s lovely” response than the breathtaking verve I felt from the Final Fantasy VII Remake. There are some small quality of life improvements – for example, the map now does a much better job of helping you track objectives for side-quests in particular, reducing the trekking busywork that the game previously demanded – but the developers stopped short of actually improving the game in a meaningful way. For example, they really should have taken this as an opportunity to trim the fat and get rid a lot of the exhausting content that the game throws at players. Running around killing X numbers of enemies or collecting Y numbers of items doesn’t enhance an experience or add to a world. Rather it detracts from the forward momentum of the narrative, and there are moments where Xenoblade Chronicles stops cold to wait for you to complete a bunch of menial tasks before it will even let you push on.

In some of the comments on that video I recorded (and the conversation has been incredibly healthy and interesting, I’ve got to say), there were some that suggested that Xenoblade Chronicles didn’t need a full remake like Final Fantasy VII or Trials of Mana, because it’s a newer game and therefore in a better place. I would suggest otherwise, though. The quest structure in Xenoblade Chronicles comes across as truly archaic now, and when games like The Witcher 3 have demonstrated so beautifully how to use side quests as storytelling opportunities, this grinding collect-a-thon structure here in this game could have used a re-think. Xenoblade Chronicles’ strength is in that main narrative, and every moment that it pulls you away from that, it’s only succeeding in undermining itself.

None of that is to suggest that Xenoblade Chronicles is not masterful when it comes to what it actually wants to achieve, however. The combat system, which is heavily inspired by MMOs, with a skill bar and cooldowns for key abilities, is dynamic and exciting. The game’s “foresight” feature is a particular standout, too. Every so often, when an enemy is going to hit one of your characters with a catastrophic attack, you get a little “flash-forward” preview of the attack happening and the damage that it will do, and then you get a few seconds to find a way of preventing that “future” to come to pass. If an attack would knock out an ally, for example, you can quickly target them with a healing or damage immunity ability, which will then “break” the enemy’s attack and prevent that future from occurring. Not only does this system make a highly active combat system also deeply strategic, forcing you to be conservative with your skill use to keep your options open in case you need to counter a big attack, but it also fits perfectly with the Nietzschean discourse around determinism that runs through the game’s narrative. It’s truly brilliant. 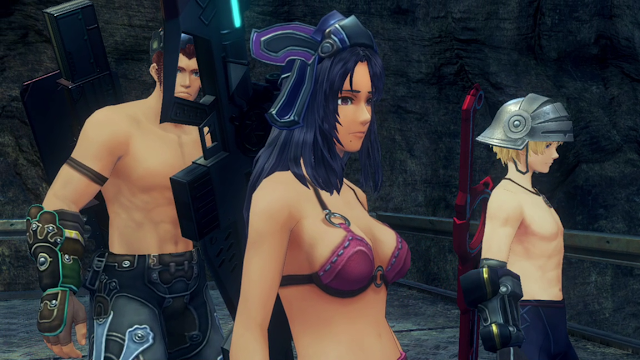 The cast of characters are a likeable bunch, too. From the rather stunningly beautiful Melia (finally rendered in all the glory that she deserves, that twin-tailed lass) to the delightfully charming Nopon (ball-rabbit-thing) named Riki, every cast member adds something genuine to the group, both in terms of their combat abilities, and the banter and interactions that they have with one another. Unfortunately, the game manages to force players to backtrack here too, with some of the best interactions occurring as “heart to heart” conversations at specific places around the map, and most of those requiring that you come back to them at a later date when you’ve met the requisite character or developed a close enough bond with them. Frustratingly, they’re actually worth putting a hold to the forward momentum of the main narrative to track down and experience.

The developers have also fully indulged this new visual engine to allow you to play around with your character’s fashion this time around (or, at least, if this was a future previously the game’s visual engine was so primitive I didn’t bother playing dress-ups). If you’d like your avatar to be wearing the exact equipment you give them, then you can do that. If you’d rather give them a specific “look” rather than their equipment, however, you can now do that too. So, while the game’s swimwear armour is rather weak in terms of the stats boosts it provides, I can now dress my characters in the heaviest armour possible, while visually representing them on the screen in their swimmers. And, of course, that is exactly what I did, because what is Xenoblade Chronicles without a bit of fan service for fun?

This is now the fifth time I have played Xenoblade Chronicles, and I’ve enjoyed it every time in the same way that I enjoy re-reading a good book. The game’s themes, storytelling standards, and tone are all spot on. This is an interesting and fundamentally deep game that highlights the best of what is possible within the JRPG structure. It’s a little disappointing that the developers didn’t take this opportunity to tackle some of the superfluous stuff that is at odds with the better elements, and I’ve yet to be won over by the new narrative arc and whether it does anything to actually build on what was already a perfectly dense work. However, the core of the game is that powerful that the main reason to buy into this – that visual re-working – is more than enough to be worthwhile in itself.

Ubisoft to release a pack of classic Anno games