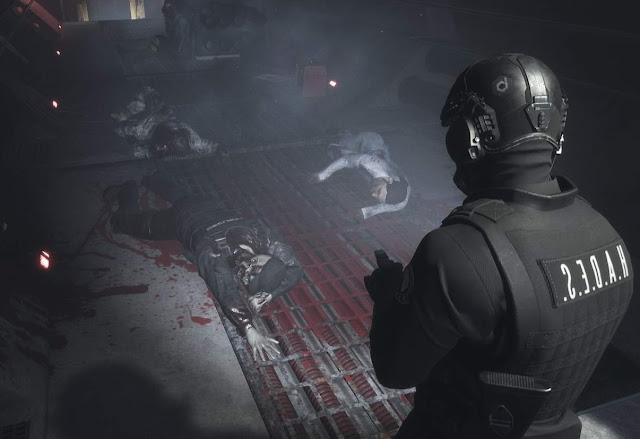 There is a fine line between creating a homage and creating something derivative, but it makes all the difference. A homage is a celebration of something people love. It’s a stylistic call back to what people loved about the thing that it’s based on, but it has its own identity that takes it beyond the source of its identity in some distinct way. A derivative game, on the other hand, is enslaved to the source of its inspiration and, in almost all cases, because there’s so little original creativity driving it, it comes across as nothing more than a hollow pastiche. An imitation. Bad art. Welcome to Daymare 1998.

Daymare’s origin story seems to be quite famous – it was originally intended to be a fan-made remake of Resident Evil 2, until Capcom decided to actually remake Resident Evil 2, leaving the people working on this with a lot of completed work, but absolutely no way to continue on with their project (because who wants to deal with Capcom’s lawyers?). Rather than just let it go, however, the team decided to spin it into Daymare 1998; a game that drips “cheap knock-off” of Resident Evil in every single way. It’s got the same organisations (with slightly modified names), the same campy approach to voice acting, the same level and puzzle design, and the same monsters. It’s just slightly worse at all of those things than the real deal, and in inviting comparisons to the Resident Evil 2 and 3 remakes as it has done, Daymare comes across very poorly indeed.

The sad thing about it is that the game isn’t that bad. I don’t usually read other reviews before writing my own, but I did in this case because I was curious to see how people had responded to just how derivative the game really is, and the line of argument is pretty consistent: for the most part the other critics agree that this game is a jankier, less pretty, less refined and derivative take on what Capcom’s remakes are, and therefore it’s a very bad game. It’s unfortunate, because if you were able to look at Daymare 1998 apart from its slavish dedication to its inspiration, you’d see a lot more merit there. 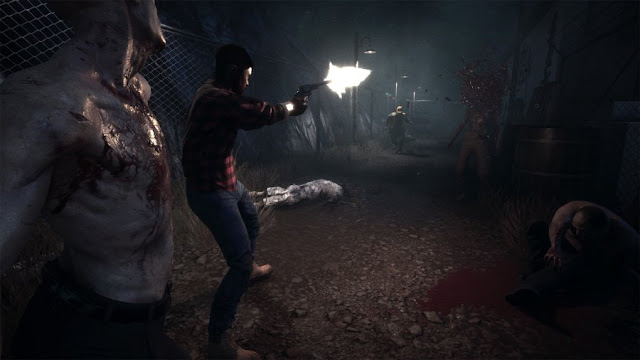 Yes the game has rough edges, a shoddy inventory management system, and weird quirks (like for some reason I’m not able to read any of the background info notes that I’ve found along the way). Aiming is clumsy and there are boss battles that are truly aggravating, but as an independent horror game there are also much, much worse than this one. Daymare could have even found an audience for itself, if it could have just broken away and exhibited some ideas of its own.

Is it scary, though? That’s the other big question with any horror game from small-time developers. Daymare 1998… isn’t that frightening. In part it’s because the derivative nature of it makes the experience far too predictable, and it’s also partly because the game so earnestly tries to ape the horror of yesteryear, and if you were to throw the original Resident Evil 2 on today you’d quickly find that it’s not as frightening as you remember. Now, with all of that said, the game does get the atmosphere of the grotesque right. The designers clearly enjoyed being as vile as possible with the monster design, and from the moment that you first come across a shredded corpse that is little more than some muscle left on bone, you know that they’ve dialed that side of Resident Evil way up.

While the game eschews the static camera and tank controls of the early Resident Evil titles for a more modern behind-the-shoulder approach, the developers have found some other ways to deliberately introduce inconvenience into the gameplay loops, which helps to drive tension. One is in ammunition management. You can quick re-load if in the middle of a firefight, but that drops your current ammunition clip to the ground and there may well be bullets in there that you were counting on. You can pick it up at a later date, and you can slow reload to preserve the clip, but that takes such a long time that you don’t want there to be enemies around. The other is the inventory system itself. Just like in the Dark Souls series there’s no pause when you do that, so if you’re shuffling things around or checking out your map, you better hope there aren’t enemies about. 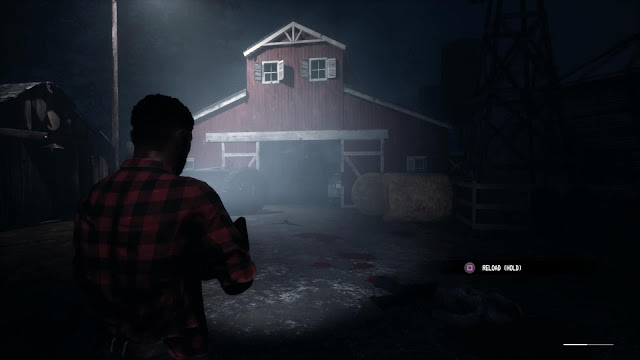 To many these elements will be irritating, but I am of the believe that horror games are unique that you don’t want them to play too well. You want those moments where you feel disempowered and even helpless. In the old Resident Evil titles the tank controls did that – you’d always be concerned that enemies would come in rapidly from the sides or behind. The new Resident Evil games don’t do that, and they play so slickly I struggle to see them as horror as all. For my mind they’ve spun out into bona fide action titles. Daymare’s willingness to bring inconvenience back into horror (albeit in a modern way) is one of its more admirable traits.

While it never manages to rise beyond being a fastidious clone of a beloved series, Daymare 1998 is not as terrible as some might have you believe. Sure, it doesn’t have a creative bone in its body, and that is a problem, but it does show that the development team has an understanding of classic video game action/horror, and were they to come back with an original idea and distance themselves from existing, better properties, this developer could end up becoming a solid B-tier players in the space.