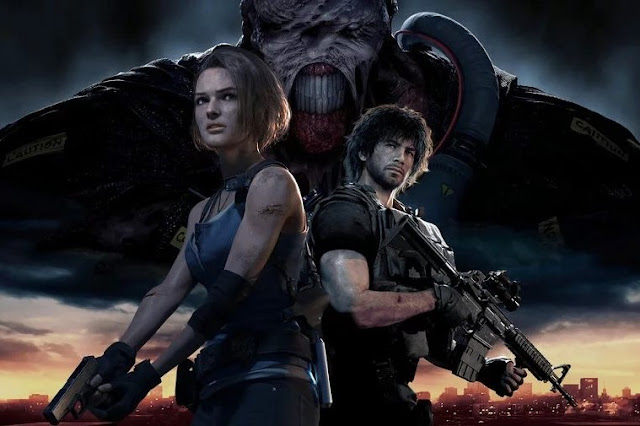 Resident Evil 3 is both really well made and not good at all. As a big action gorefest it gets the job done, and like a Michael Bay film Resident Evil 3 barely gives you a second to breathe before it kicks into high gear. What’s more, once it’s there it just doesn’t come down again. And yet, Resident Evil 3 continues what I am convinced is an identity crisis for the overall franchise. Capcom tries to take each new Resident Evil in so many directions that the publisher ends up inadvertently quartering it – it’s appropriately gory, but not that pleasant to view.

Nemesis, the big bad… nemesis… of Resident Evil 3, shows up within the first fifteen minutes, and from that point on the game’s a mad dash out of his grotesquely tentacled reach. Just about everything else in Resident Evil 3 is designed to serve as a distraction between moments where Jill Valentine, the mere human, ducks, dives, weaves, and occasionally bazookas the unstoppable force of aberrant nature on her vaguely-defined quest for survival and escape. Nemesis has a real hard-on for Jill, and within the opening moments we’re also told that he’s specifically targeting her, so the rest of the game is about following the (generally pretty linear) trail of breadcrumbs to figure out why, and how to stop him.

Along the way Jill meets Carlos, a member of Umbrella’s security (read: men with big guns) division, and for some really weird reason (given that she knows Umbrella’s behind all of this), she immediately trusts him after he shells Nemesis just once to help her escape. The second half of the Resident Evil 3 is figuring out Carlos’ story, and with that immaculately foppish hair of his, you’ll absolutely want to do that. That hair, as completely impractical and dangerous as it is (as soon as he sweats that hair is getting wet and in his eyes, and that’s both painful and distracting), is a real highlight of this game. 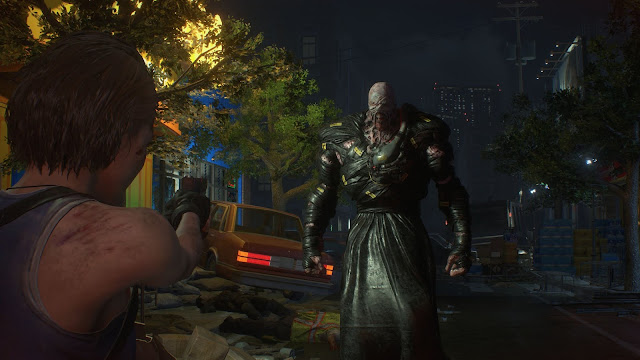 The thing is, though, Resident Evil 3 is so utterly packed with incessant action that the “blink-and-you’ll-miss-it” narrative bits come across like the development team found them to be an imposition on what they wanted to do with this game. Capcom wanted gore, explosions, loud noises and “excitement,” and anything that got in the way of that, like people having normal conversations, was something to edit to the minimum length of time possible, lest the audience lose attention. The problem with that approach is that Resident Evil 3 in no way features any resemblance to the horror genres that supposedly fuels the series, on any level. For horror to work you’ve got to have quiet moments for characterisation and scene-setting, and this game barely makes a token effort at that. It’s simply not scary, in other words. Nor does it even use the aesthetics and tone of horror.

Earlier Resident Evil games, for example, were a blend of a deliberate attempt to leverage the aesthetics and thematic notes of horror with B-grade cinematic qualities to deliver experiences that were a palatable kind of genre play. Then, from Resident Evil 4 onwards the series has used the aesthetics of horror – from cults to The Texas Chainsaw Massacre – to frame an edgier, gritter kind of action experience. Having not played the remake of Resident Evil 2, however, I came to Resident Evil 3 not sure what to expect, and while the action is certainly extreme and violent, it shares more in common with the visceral action of big blockbuster Hollywood than the goreporn of the likes of Eli Roth. I’d be lying if I said I didn’t find that deeply disappointing.

Worse, though, is that Resident Evil 3 takes itself so deadpan seriously. There’s the occasional moment of levity (Carlos’ hair is worth a chuckle just for how completely impractical it is), and Jill Valentine is one ridiculously attractive character model, but the production values go for true blockbuster cinema, and the delightfully lousy voice acting and cheesy lines are effectively gone. This was the case for other recent Resident Evil titles too, but it goes to further highlight the different directions that Capcom is trying to take this series. What was once an inherently silly, B-tier schlock action thing, has now been twisted into something downright earnest and exciting, and yet, at the same time the developers have tried to make nods to everything that people loved about the original… while also making sure that newer players won’t find it all too obtuse. There is such an internal conflict that rages within what Resident Evil 3 tries to be that I found the “X-factor” in this game impenetrable. Some games have a heart, soul, and vision well beyond the means (and often talents) of the developers, and that makes them lovably creative and personal works of art despite their shortcomings. Resident Evil 3 has no shortcomings, and yet it comes across as being so content driven that it’s hard to snatch any sense of soul from it. 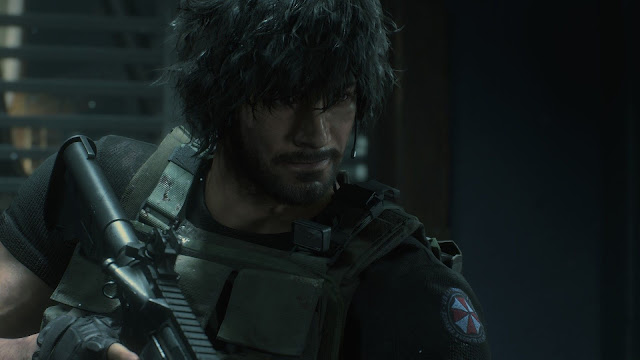 It does play remarkably well, however, and I can’t put enough emphasis on that because for most people, that’s all they want. The gunplay is great, the dodge and counter mechanics are tuned to perfection, and the speed of the game means that new areas come and go at a rapid escalation of pure adrenaline. The journey is fairly linear, though there are some traditional-style puzzles dropped about the place where you’ll need to find certain objects and then backtrack to a blocked-off area that the object can then be used to break through. The layered puzzle approach of early Resident Evil games are gone, and you no longer need to scour labyrinths to kick off entire domino chains of puzzles to break through a final door, but Resident Evil 3’s approach minimises the potential for players to get “stuck” and give up, while still carrying the superficial resemblance to the progress structure of old.

The presentation of the game is likewise spectacular. The “thud” of Nemesis’ tonne-heavy footsteps alone carries such intense gravitas and weight that he’s one of the most memorable enemies you’ll play in video games this year. While the level design does feel arbitrary at times, the presentation of each locale is finely tuned and paced perfectly. New challenges come along at just the right rate that you’ll never feel comfortable, and you’ll get to make heavy use of that run button. Purely in terms of action Resident Evil 3 is so slick and exciting that it’s difficult to put down. As frustrating as I found the game’s complete inability to indulge anything but action I found myself unable to stop playing, and at the end I still wanted more. Again, it’s pure adrenaline, but it’s the right kind of rollercoaster – designed to maximise excitement without making you want to be sick.

I recognise that Resident Evil and what I want Resident Evil to be are on different trajectories. I still want the series to engage with the horror of being almost out of bullets and surrounded by a hostile world of very dangerous enemies. I also want more of the dry humour of the B-grade that used to define the series, that both indulges the horror while recognising how silly it is. Resident Evil 3 doesn’t give me that, and Resident Evil as a series is clearly no longer interested in indulging it. Which is fine. I can still kick back and enjoy the empty action and cinematic profile of the new take on the series. What’s more, I do realise that I’m in the minority in what I want Resident Evil to be and Capcom has delivered more of what the series’ larger base of fans want with this remake. Which is fine. Resident Evil 3 is a very, very fine example of what it wants to be, and anyone who loved the Resident Evil 2 remake should be won over all over again with this one.

Developer Q & A: On building a game for the purposes of meditation

Koei Tecmo is ending ongoing development of Dead or Alive 6