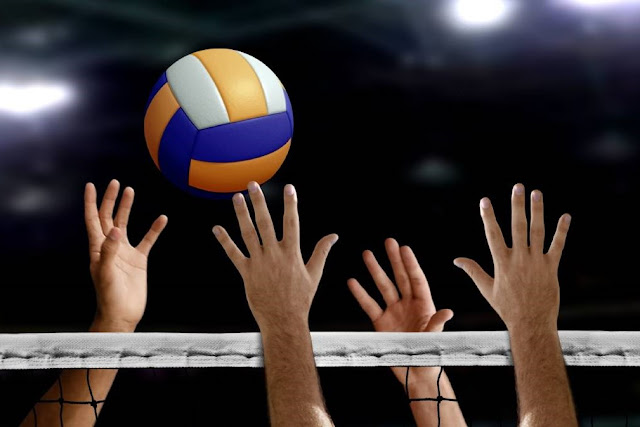 With COVID-19 effectively shutting down global sport, the sporting world is running on two tiers right now; there are the sports that are pulling even further ahead, as they have large communities that are growing larger thanks to the presence of high-quality video game adaptations of their sports. It might not be as good as “the real thing”, but these sports games are allowing sports fans to engage with something to do with their passion. Those sports are also the ones that are able to run esports events, or special streams where real-world sporting heroes play games to stay in touch with their fans. In short, this tier – the “A-tier” of sports, is able to stay active, productive, and maintain the attention of the community.

And then there are the rest of the sports in which, without a quality video game for people to turn to, have simply shut down. Some of these sports are popular in a single country, and therefore efforts to make video games of them have relied on a single market (which is difficult for any developer to sustain). Australia’s AFL, for example.  It’s the popular sport here in my country, by far, but has been an invisible presence throughout lockdown. Other times the sport might be global, but niche. Volleyball or handball, for example, have robust global audiences, but conventional wisdom is that not enough of those fans play video games to throw big game development budgets behind. And the in yet other cases the sport is almost impossible to conceive as a video game. In my spare time, I’m a competitive dancesport dancer, and even though I work in the games industry, I just cannot imagine how a dancesport video game would event work… though I would give anything for a Hatsune Miku game where she performs red-hot sambas and cha cha’s, so perhaps I do have a germ of an idea in there.

The point is that I’ve seen these “B-tier” sports struggle to maintain interest when people can’t go out and participate in them. FIVB, the organisation that looks after volleyball and beach volleyball, is throwing up clips of “best of” moments on social media, and I can see the diminishing interest that’s generating. Dancesport is live streaming old events and getting teachers to stream “practice at home” lessons, but that’s hardly going to be an effective outreach to new audiences. These sports tend to be participatory in nature; they grow and thrive because of grassroots interest rather than filling stadiums full of people, and the longer people can’t participate in the sport, the more likely it is that they won’t come back to it once the pandemic lockdowns have lifted.

What COVID-19 has solidified, as far as the sporting world goes, is just how critical sports games are as promotion for the sport, and how symbiotic the relationship between sports organisations, and sports games developers are. I firmly believe that football (i.e. soccer) is the world’s largest sport for three reasons: 1) it’s the greatest example of a truly global sport, where kids on tiny little coral islands, right through to those brought up in concrete jungles, all understand what it means to kick a ball around. 2) it’s ridiculously financially wealthy thanks to FIFA which, obscenely decadent as it is, has been able to help grow the sport in every single country and 3) EA makes the most successful sports games of all time, and FIFA is its marquee title.

People discover sport through video games. When I was growing up the only way to engage with American sports was through video games, as pay television wasn’t a thing (and when it was I lived in regional Australia where it took longer to take off), and so I taught myself a love for baseball and ice hockey through video games on the SNES, N64, and later. My introduction to beach volleyball game from SEGA’s Beach Spikers. Yes, I came to the sport because it’s a sport where the official costume is swimwear, and I went in knowing nothing else about it (again, I grew up in regional Australia where beaches were a pain to get to for the purposes of sport, so I had no way of actually seeing what the sport was like beforehand). Thanks to that video game I discovered that, even beyond the bikinis, I actually enjoyed the sport itself.

In recent years, however, we’ve seen the range of sports that video games represent consolidate down. FIVB, which I mentioned before, supported volleyball and beach volleyball video games back on the PlayStation. I’ve been playing a bit of Power Spike Pro Beach Volleyball on my RG350M, and it’s fully licensed wot FIVB. But the more recent Spike Volleyball game on PlayStation 4 was completely unlicensed. In terms of participation numbers, field hockey is actually the fourth most popular sport in the world. Has there ever been a field hockey video game? Not that I can remember. They’re all ice hockey games, and a little secret for you: outside of the Americas, ice hockey isn’t all that mainstream. Rugby is enjoying a new wave of popularity as it finds new audiences in countries like the US and Japan. When was the last Rugby game worth a damn? Back on the PlayStation 3.

Looking even further; what about boxing? There have been games in the past. I know fans are waiting with hope against hope that there will be games in the future, but as far as fight sports go, UFC and wrestling are more American and therefore far more appealing to EA and 2K. Badminton and Table Tennis are favourite sports both socially and competitively but rarely (if ever) get a look-in today, and then there are the likes of Netball, Surfing, Padel Tennis, Dancesport, Indoor Football, Beach Football, Lawn Bowls, Paintball, and the list goes on – niche sports with a committed audience that has been all but overlooked by video game developers, even as the ability to create games and develop niche titles has increased.

The incredible thing here is that developing a sports game is a good idea for developers of all sizes, because it gives you immediate market recognition (even if it is a niche sport), and an audience of some kind to target. There isn’t the same need to conduct market development that you’d face if you were creating an entirely new IP. Furthermore, there’s so little competition to deal with. The sports game genre has a unique quirk where any given title is only really seen as competing with other games that cover that exact sport. FIFA isn’t really competing with MLB The Show, for example, because football fans and baseball fans might as well be RPG fans and FPS fans. Were you to take on a niche sport, you’d have the audience for that sport all to yourself, and you wouldn’t need to worry about what EA would do to you. Take on a shooter, and suddenly you’re going to be very carefully compared to what everything from Fortnite to Call of Duty does… for indies there’s just no way to win there.

The challenge with sports games comes from the outside. Particularly with niche titles, sports games really to need to be licensed for the sake of the fans that form the core audience. And yet for whatever reason these licensors often seem to think that access their sport is worth more than it is. FIVB should be out there looking for a developer to take its rights and build a volleyball world cup game. The International Hockey Federation is doing its sport a complete disservice by not engaging with a game developer to start building a sports property. And yet these things aren’t happening, and you’ve just got to assume that the issue there has more to do with a lack of attention, or an overcharging for licenses, from the license holders.

The onus here needs to be on the sporting bodies to stop seeing video games as a moneymaking licensing opportunity, and instead, see them as an avenue towards growing and marketing the sport. Until the sport has the prestige of a Football World Cup or Olympics, sporting bodies need to see working with video games developers as a more equitable partnership than a B2B client relationship. Otherwise, those crucial sports games aren’t going to get made, and the sports will be the ones to lose out. They’re going to continue to lose ground to those sports which have a robust presence in video games, because those are the sports that an increasingly large percentage of the community want to play and engage with.

Destroy All Humans! remake gets another very silly trailer