Are you ready to touch Hatsune Miku?

No, not in that way, get your mind out of the gutter! Hatsune Miku: Project Diva Mega Mix launched in Japan for the Nintendo Switch this February, with an impending Western release date. The Japanese version isn’t forgotten, however, as a new update is coming on April 30. 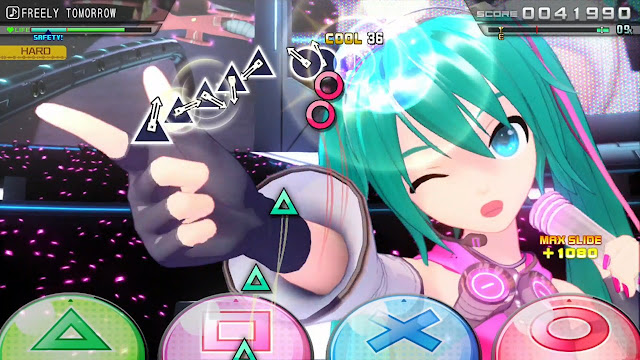 The version 1.04 update adds a new Touch Play feature to Arcade mode. This changes the gameplay to a touch interface that fans will be familiar with if they’ve played Project Diva Arcade Future Tone. Touch Play can be used in handheld and tabletop modes, with customisation available for the buttons.

Hatsune Miku: Project DIVA Mega Mix is due out in the West via the Nintendo eShop on May 15. If this update isn’t included at that time, it’s not unreasonable to expect it soon after launch.

Truth is what you make of it in Paradise Killer

A rogue human civilization lives on an island (Paradise) outside of reality, where they hope to resurrect dead alien gods (sounds a bit Lovecraftian to me). All it takes to derail that is a murder behind locked doors. Alien worshipers release psychic power into the universe meant to feed these alien gods until they resurrect. The problem? The force of these psychic vibes also attracts demons, who eventually corrupt each island. The Council then regenerates the islands, and plans on doing so until the Gods return.

The next island, Perfect 25, is expected to be it… but on the eve of its birth, the Council is murdered and Paradise is killed. An investigation freak (AKA a woman after my own heart) is summoned to find the culprit. There are many possible killers, and many different ways to build a case against each one. But even if someone is convicted, it’s not necessarily the right someone…

What a mouthful, huh? But that’s exactly what OOParts, created by Black Inc., is: a new romance visual novel cloud gaming platform, now available in Japan and playable on PC and mobile devices. Some titles even often English localisation. Since it’s cloud-based, saves are accessible even if you alternate/change devices. 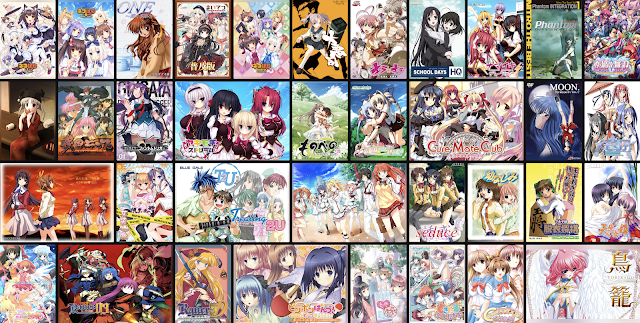 Titles include Daiakuji, Grisaia: Phantom Trigger Vol. 1 and 2, Kikokugai, Kira Kira, Maitetsu (Popular Edition), MOON., One: Kagayaku Kisetsu e, Phantom Integration, Sengoku Rance, School Days HQ, Suika, Vampirdzhija Vjedogonia, Yumeutsusu Re:Master, and so many more. (Thanks to Gematsu for that list, as it would be impossible for me to translate the site!)

OOParts’ subscription is 3,000 yen/month, but is currently discounted to 1,000 yen/month. I’d love to see a service like this come West, would you?

Tintin is coming to current-gen consoles and PC

Canadians love Tintin. Actually, that needs some extra emphasis: Canadians love Tintin! Growing up, Tintin books were an integral part of my French schooling, and thousands of kids can say the game. Of course, the Tintin graphic novels are available in far more languages than that, but when I think Tintin, I think elementary school education. I also like to pretend that the 2011 CGI film doesn’t exist, but that’s another story.

By now, you’re probably wondering why I’m rambling about Tintin. Well, he’s going to be back in video game format, courtesy of a new partnership between developer Microids and Moulinsart. This new title will bring player’s right into the lives of Tintin and Snowy, with other iconic characters joining in as well. That’s literally all we know at this time. It’s barely an announcement, but it’s an announcement nonetheless. More details, including the title and screenshots, will be available “soon,”